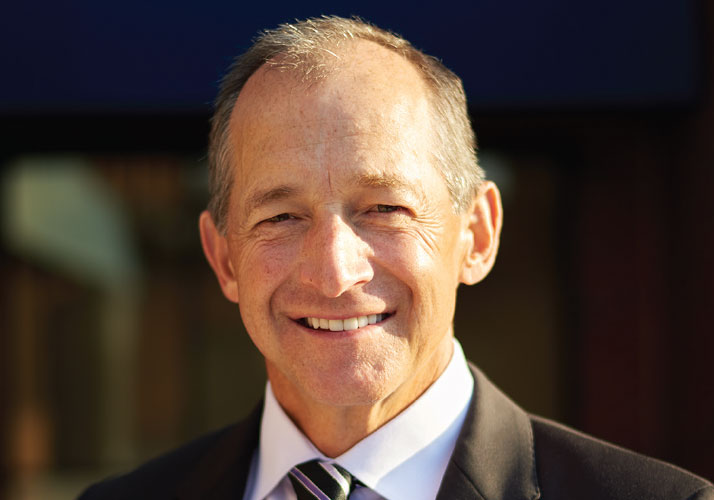 As a company board member, Robert Baumgartner says it’s his duty to a firm’s shareholders to keep the enterprise moving forward to avoid stagnation. And that’s exactly what concerned him about Bio-Techne Corp. four years ago when he looked at the biotech industry supplier’s share price and bottom line.

Bio-Techne’s core business is making and developing proteins that are sold to biomedical researchers and clinical research labs—a stable and profitable market but without much organic growth potential. Baumgartner had been on Minneapolis-based Bio-Techne’s board since 2003 and became its chairman in 2012.

At that time, he says, “there was no strategic plan for the kind of growth that we as investors felt was necessary to serve the best interests of the shareholders,” Baumgartner says. Because of Bio-Techne’s flat-lining growth numbers and the lack of new initiatives from longtime CEO Thomas Oland, he and the other directors decided it was time for a major change to protect the company’s investors, necessitating the painful and contentious process of replacing Oland.

Oland ultimately resigned after the directors opted for a complete break from his tenure by focusing on outside candidates. They found one in Charles Kummeth, who spent more than two decades working for Maplewood-based 3M Corp. Since taking the Bio-Techne helm in 2013, he instituted the board’s plans to generate growth, in part, by focusing on acquisitions—with stellar results.

“As a company, we needed to grow internationally—we had a decent European presence, but we had virtually no presence in China and Asia, which are obviously rapidly growing markets,” Baumgartner says. “Chuck had the international experience, the growth experience, and he had the acquisitions experience. The company really had not done any acquisitions to speak of over the years.”

That has changed in a big way under Kummeth, with three acquisitions in 2018 alone: Exosome Diagnostics, Atlanta Biologicals, and Scientific Ventures. Since 2015, Bio-Techne’s annual revenue has jumped 43 percent, to $643 million, while its stock price has risen from $61 to $175 per share.

“Bob has been a true inspiration to me and my team here at Bio-Techne. His wealth of diverse business experience has been instrumental in guiding us as we have grown this company nearly threefold these past five years,” Kummeth says. “Bob is always a problem solver and great counsel, and knows the difference between being a great board member and an operator in the company. We own the issues; Bob advises, and always wisely. I feel very fortunate to have him as our chairman.”

Baumgartner says the Bio-Techne experience contains some valuable lessons in the art of good board governance, especially with small- to mid-cap companies.

“Other than that, it’s our role to find a good executive, hope he builds a great team, and finally, to hold him accountable.”

Baumgartner, a Duluth native, has a background in accounting, beginning his career with KPMG LLC. He honed his executive skills as CEO and director of American Coating International, president and CEO of First Solar, and president of the Harmon Glass Group. His main focus since 2005 has been as CEO of the Center for Diagnostic Imaging Inc., a Minneapolis-based provider of outpatient radiology imaging services.

He said his philosophy as a director is to “make sure there’s a plan in place and a management team capable of executing the plan in order to provide the best return for the shareholders.

“I think a lot of boards stumble when it comes to that because it’s easy to look at a company and say, ‘Well, it’s a nice business and it’s doing pretty darn well.’ But if you don’t change, you can easily end up watching and witnessing the decline of these companies. You reach an inflection point and you have to take action as a board member.”

Don Jacobson is a frequent contributor to TCB.