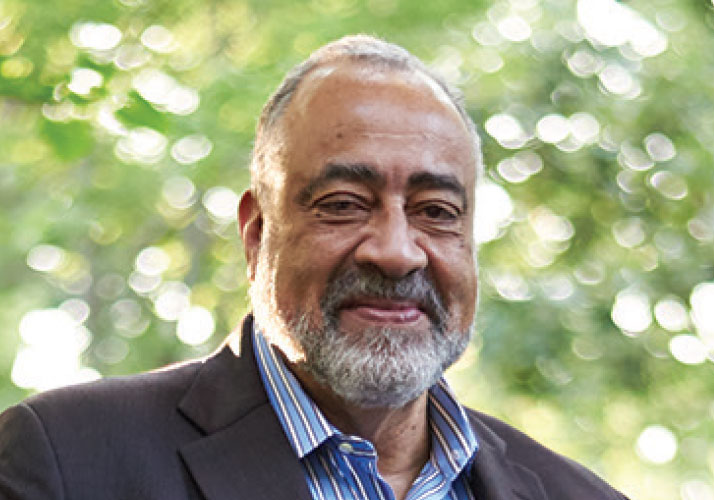 Not many business boards can say that nearly 50 percent of their directors are women—and that 20 percent are people of color. Bloomington-based HealthPartners can.

“It represents the patients in the communities we serve,” HealthPartners president and CEO Andrea Walsh says of her board. “It brings different perspectives and insights, and that allows us to perform better as an organization.”

Walsh gives the lion’s share of the credit for that board diversity to Donald Lewis, a HealthPartners director since 2013 and board chair from 2015 through 2016. A shareholder at Nilan Johnson Lewis PA, a Minneapolis law firm that he co-founded in 1996, Lewis counts health care litigation as one of his specialties, representing both providers and insurers.

HealthPartners falls into both categories.

It wasn’t solely a professional interest that lured Lewis to health care board service. (He also served on the board of Park Nicollet Health Services before it merged with HealthPartners in 2013.) A native of St. Paul’s Rondo neighborhood, he’s well aware of the care disparities that people of color have long faced. “I wanted to be in a position of influence where we begin to address.

Lewis acknowledges that there isn’t much the board can do directly to shrink that disparity gap. “But improving community health is an important part of what we talk about,” he notes. Having diverse voices places the board in a stronger position to advocate for community health. For instance, Lewis notes, HealthPartners has introduced new programs on children’s health and mental health, which “have significant impact on communities of color.”

As chair of HealthPartners’ Governance Committee from 2013 through 2014, Lewis worked with other directors to recruit professionals and other leaders from the metro area’s communities of color to the board. “You want your community, your consumer-driven organization, to see that they have a voice in the decision making–that they are viewed as true stakeholders,” he says.

During Lewis’ time as board chair, “he created space for people to ask questions,” Walsh says, adding that throughout his career as a director, “he has provided steady guidance to help make sure that board members are equipped with knowledge to help guide the company through changes in the marketplace.”

Lewis pushed for directors to take tours led by HealthPartners hospital staff to learn aspects of the health care delivery operation. On one tour, Lewis and several directors observed staff discuss the discharge of a patient from the hospital. The discussion covered not only the patient’s treatment and after-care insurance, but also what she’d need in terms of family support. Understanding how patients move through the system is the type of education that “makes you a better board member,” Lewis says.

Though the HealthPartners board has worked hard to understand the ever-changing health care landscape, “we have been fortunate not to have faced major crises that perhaps other health systems have had to face during my service,” he says. For that, he credits HealthPartners’ management, which has overseen financial performance and kept it stable. The board did face a challenge when long-time CEO Mary Brainerd retired in early 2017. But the transition to Walsh, a HealthPartners executive since 1994, has gone very smoothly, Lewis says.

Still, he knows that past performance doesn’t guarantee future results.

“There is a healthy level of uncertainty and anxiety on the board by virtue of the fact that it is operating in a volatile health care environment,” says Lewis, who is stepping off the HealthPartners’ board after this year. “We look to the future with a healthy level of trepidation. And I think it’s our job as a board to make sure that we are composing ourselves with the right people, with the right insights and experience, and that we are having the strategic-driven discussions that are going to help guide management through that.”

Thanks to Lewis, a diverse board appears ready for those diverse challenges.