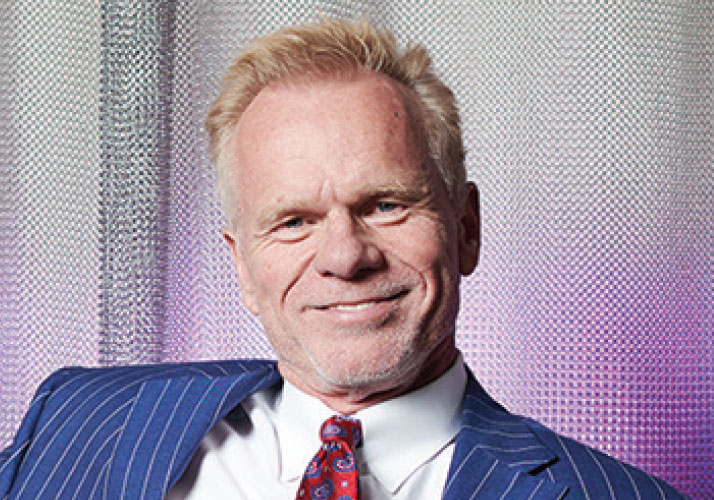 For a real estate attorney who has been at the top of the industry in the Twin Cities for more than three decades, Todd Urness projects a remarkably chill vibe. And that rare combination of relaxed drive turned out to be exactly what Bloomington-based Bridgewater Bank needed. Urness is one of the original board members of the fast-growing real estate lender.

As a CPA and an attorney, Urness, a shareholder in Minneapolis-based Winthrop & Weinstine PA, knows how to manage the financial as well as the legal ins and outs of real estate. He also offers a long view. “I’m the old guy on the bank board,” says Urness, who looks younger than his 61 years. “I may not be any wiser, but Jerry may perceive me that way.”

“Jerry” is Jerry Baack, who launched Bridgewater Bank in 2005 at the age of 36. The entrepreneurial Baack believed that a bank focused on middle-market commercial real estate lending, particularly for housing, could fill a gap in the Twin Cities that larger banks had left largely open. He asked Urness to join the board. As Urness wryly recalls, “I didn’t know what I was doing, but I said, ‘Why not?’ ” He’d served on boards before, but never for a bank. Since Bridgewater’s focus would be commercial real estate, Urness says, “I felt that I might be able to contribute something.”

One thing he contributed was his own investment capital. But with more than 35 years as a commercial real estate lawyer, as well as a real estate investor and developer himself, Urness could offer his distinctive expertise.

Affordable housing soon became one of the bank’s growth engines. Bridgewater grew from $1 billion in assets in 2016 to $1.6 billion last year. It’s now the 10th-largest bank in the state. Perhaps the biggest benefit of Urness’ experience came just a few years after Bridgewater opened. The financial crisis made many banks cautious. Urness’ advice to Bridgewater’s management: Stay aggressive.

“I’ve been through a few more cycles than Jerry [has],” Urness notes. Speaking of the entire Bridgewater board, “I think we helped Jerry by saying, ‘Let’s keep going. Let’s keep lending. Let’s keep attracting capital.’ ” After all, Urness adds, “we were small. It wasn’t as if we were doing gigantic deals. But for our base customers, we were still out there.”

That strategy kept the bank growing, allowing another unconventional move—Bridgewater went public earlier this year, the first Minnesota-based banking company to do so in nearly 25 years. Urness notes that the IPO was Baack’s idea, but Urness had represented companies going public, so he knew the mechanics of the process. He also knew the advantages. Bridgewater had often raised private equity in the past. “But we grew through that [funding] faster than we expected,” Urness says. “If we wanted to maintain that growth, we needed to have better access to capital—and more stable capital.”

Bridgewater’s niche and its aggressive growth made it particularly attractive to investors. Bridgewater Bancshares Inc. (Nasdaq: BWB) raised more than $78 million when it went public in mid-March. With the extra money, Urness says Bridgewater is well positioned to make acquisitions (he also has mergers and acquisition experience) while maintaining its focus on the metro.

“The best thing about Todd is that he’s entrepreneurial,” Baack says. At the same time, “he’s really collaborative.” Adds Shellberg: “He always helps leadership, looking ahead to what might be next.”

Nice work for an old guy.