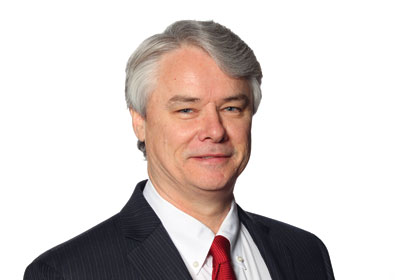 What It Does: Designs, manufactures, and markets sun-protective clothing, hats, and swimwear

John Barrow grew up in Australia, which, due to its predominantly fair-skinned population and proximity to the equator, has the world’s highest incidence of skin cancer. So it’s no surprise that he founded a company, Coolibar, Inc., that designs and sells sun-protective clothing.

St. Louis Park–based Coolibar has grown sales by 30 percent annually since 2009—essentially doubling its business every three years, a pace Barrow expects to maintain for at least the next half-decade. Current revenue is “in the ballpark of $20 million,” he says.

Barrow’s business journey began in 1987 when he came to the United States to attend Harvard Business School. He found his way to Minnesota in 1990, where he helped lead two Twin Cities startups: IT recruiting site Techies.com and software firm J3 Learning Corporation, which Connecticut-based Gartner Group acquired for $45 million in 1996.

Eyeing an untapped market for sun-protective apparel in the United States, where some expect melanoma to eventually surpass lung cancer (the second-most common cancer), Barrow launched his third entrepreneurial endeavor, Coolibar, in 2001. The name comes from a species of Australian eucalyptus tree known for its shade-providing capability.

Barrow was attuned to trends Down Under, where in the ’90s, scientists began examining the ultraviolet (UV) protective properties of fabrics in order to develop sun-protective garments. His tech background helped Coolibar enter e-commerce “early and aggressively,” he says, and his fledgling company originally sold products from Australian manufacturers.

Dermatologists quickly took notice of Coolibar’s commitment to quality. The company earned the Skin Cancer Foundation’s seal of recommendation and the American Academy of Dermatology’s seal of recognition. In addition, Barrow was named an honorary lifetime member of the Dermatology Nurses Association.

Coolibar now sells most of its garments directly to consumers, offering hundreds of clothing styles, from sunhats and swim shirts to pants and skirts, made with dozens of different fabrics. It also sells sun shelters and accessories such as umbrellas and scarves. Proprietary products constitute 90 percent of sales.

UV blockers are added to Coolibar products during the manufacturing process. Those made with its ZnO Suntect fabric, for example, feature millions of zinc oxide particles (an ingredient found in sunscreens) embedded in each fiber. Coolibar’s standard is 50 UPF (UV protection factor). UPF is akin to SPF in sunscreen, and a 50 UPF garment blocks at least 98 percent of UV radiation.

Customers are finding that Coolibar’s clothing does what it promises. Before a recent family vacation to Puerto Rico, Nicole Lepsch, a nurse practitioner who works with skin cancer patients, ordered Coolibar hats, swimwear, and other clothing. “I was surprised at the variety of styles,” she says. “It was not just straight, bare-bones functional—they had a lot of cute things.” During Lepsch’s weeklong trip, her family “didn’t lose any vacation time to discomfort or redness, and I don’t have to worry about long-term effects,” she says.

To expedite growth, Barrow turned to venture capital in 2005 and has since raised funds in the “single-digit millions.” Coolibar cut jobs and salaries and negotiated payments with vendors to weather the recession, but venture capital helped Coolibar “move out of it with strength,” Barrow says.

Coolibar now employs 70 and recently added fashion-savvy designers to bolster its offerings. Roughly 90 percent of sales are online; the other 10 percent comes from a small store near Coolibar’s headquarters, specialty retail partners (including Mayo Clinic), and Europe.

Barrow’s goal is to keep 1 million people safe from the sun, and Coolibar is halfway there. Barrow expects to realize his goal in three or four years.