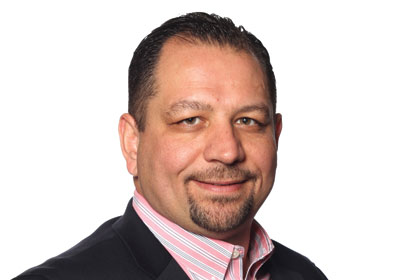 What It Does: Produces whey proteins and casein for nutritional supplements and food products.

Milk Specialties Company hired David Lenzmeier in 2008 to develop a whole new business. Founded in the mid-1950s, the Illinois-based company made its name producing whey protein for use in milk replacers for weaning calves and for supplements for dairy cattle to enhance milk production. It was a steady business, but not one with much growth opportunity.

Lenzmeier, who grew up on a Minnesota dairy farm, came to Milk Specialties after selling Protient, a Minnesota-based company he founded that produced whey proteins (a byproduct of milk production) for use in baby formula, processed foods, and dietary supplements. Milk Specialties brought him in to develop a similar business centered on whey proteins for human nutrition—in a sense, to repeat his entrepreneurial success.

He has. What was once Lenzmeier’s division is now the biggest part of Milk Specialties’ business. The company has grown from 200 employees to nearly 600, and has become a national firm with the addition of six facilities, including the acquisition in January of a plant in California. Lenzmeier, who stayed in Minnesota to build the division, is now the CEO of the entire company, which does business as Milk Specialties Global, and moved its headquarters from Illinois to Eden Prairie.

The opportunity driving that growth was market expansion. Whey protein is used in dietary supplements to repair or rebuild muscle after exercise. “In the early days, whey proteins were used exclusively by the real serious bodybuilders,” Lenzmeier says. Now it’s for a wide range of customers, from “someone training for the Mr. Olympia contest to someone who’s a daily active person that’s hitting the gym and wants to enhance muscle recovery [and] wants to get a very high-quality nutritional source of protein into their diet plan,” says Lenzmeier. That emerging market “is really what has taken shape to allow our business to grow.” What’s more, supplements with whey protein, once sold only in specialty health stores are found at large retailers, including Sam’s Club and Costco.

To accommodate the growth, Milk Specialties has expanded from four facilities to 10. Now Lenzmeier and Milk Specialties are pursuing another opportunity—production of casein, a protein also derived from dairy milk.

Like whey protein, casein is used in nutritional supplements. But casein molecules are larger—they break down more slowly in the body. Whey proteins break down quickly, providing faster muscle rebuilding, but they pass more quickly through the body. “The combination of [whey and casein] is quite often seen as the most optimal supply of protein for the body,” Lenzmeier says.

Historically, he says, casein has been produced in Europe or Oceania. But those producers haven’t been able to keep up with growing global demand. “New Zealand used to export a lot of their product to the United States,” Lenzmeier notes. “But demand from Southeast Asia continues to absorb more and more of their product.”

Milk Specialties has developed a technology to more efficiently extract casein from milk, and can help supply the market in North America, Lenzmeier says. Most of the applications will be in nutritional supplements. “We have great alignment in terms of demand from our current customers [who] had been buying imported casein, who are excited to take it from a supplier that they already know,” he says. Casein also is used in coffee creamers and processed cheese food, and those may also become markets for Milk Specialties’ casein.

Customers love working with Lenzmeier and his company. “We look at Dave as a strategic partner,” says John Figurelli, who recently retired as deputy CEO of Illinois-based Glanbia Performance Nutrition, which has purchased protein products from Milk Specialties. “Dave’s company has proven time in and time out that they are the right partners.” What makes Lenzmeier stand out, Figurelli adds, “is his ability to deal with changes in the marketplace, in the industry. He is such a good leader of his organization. He picks the right people, he picks the right staff to support growth.”

Lenzmeier also is quick to praise “the amazing people we’ve been able to add,” many of whom are new to the industry when they were hired. “I want to make sure that the organization gets credit” for the company’s success, he says. “There have been a lot of people that have jumped in and said, ‘Hey, I’m here to help grow this company.’ ”