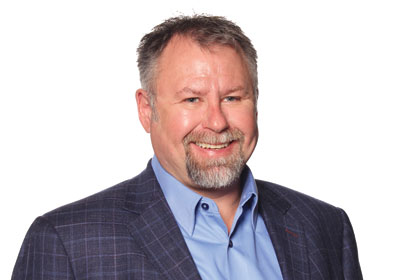 What It Does: Manufactures and distributes plastic interior and exterior parts for heavy trucks.

The inspiration for Spray Control Systems’ products struck, quite literally, by accident.

Back in the early 1980s, Dick Kruckeberg was a truck driver who was constantly disappointed in the aluminum or stainless diamond plate fenders on his rigs, which never seemed to last very long. After years of replacing bent and damaged fenders, he wondered whether there was something sturdier available.

About two weeks after Kruckeberg was forced to replace yet another set of metal fenders, his wife accidently backed over a plastic garbage bin in the family’s driveway. Her husband walked over to the trash bin and deftly pushed the dent out, leaving it as good as new—and Kruckeberg thinking, “Boy, [what] if I could make fenders out of stuff like that?”

In 1984, that’s what he began to do. He founded Spray Control Systems (the name refers to how fenders control the spray coming off a truck’s tires, keeping rig and load clean). The company’s fenders use a high-molecular-weight polyethylene material, similar to Tupperware plastic, though tougher. Kruckeberg branded the company Minimizer, to emphasize the minimizing of spray, weight, and expense.

Dick’s son Craig has helmed Spray Control Systems for about 12 years. Since he assumed 100 percent of the company from his father in 2006, it has grown from annual revenue of $5 million and 12 employees to $18 million and 55 employees. Minimizer today is the premier manufacturer of heavy-truck plastics in the country, expanding from fenders into floor mats, toolboxes, and mud flaps.

Craig Kruckeberg was involved in the truck business at an early age, putting in part-time hours at his father’s plant and learning the trade inside and out.

As CEO, he has made a commitment to advertising and marketing. The first year he was in charge, his father questioned why he would spend $400 on a magazine advertisement. Kruckeberg’s response—and what would become his mantra for years to come—was that “people don’t wake up with our phone number in their heads, you’ve got to get it out there.”

Spray Control Systems was one of the first companies to enter the U.S. market using plastic rather than metal to manufacture its fenders. “It was never popular here in the States because everyone liked the big, heavy, shiny metal. Thirty years ago, everything had to be built like tanks,” Kruckeberg says. “Over in Europe and Australia, it was very popular, but no one was importing it—that’s where we found our first competitors.” Although Spray Control Systems still competes against metal and fiberglass fenders, its composite plastic material has now become common in the domestic industry.

The company sells its Minimizer products through a network of 850 distributors across the United States, Canada, Mexico, Europe, and South America. It has plans to begin distribution in Australia this spring.

One of those distributors is Kevin Broadwood of Ontario-based Pinwood Truck Parts. “When Minimizer started, their product was a new breath of fresh air; it gave me as a distributor something unique to bring to the marketplace and not be a ‘me too,’ ” Broadwood says. And, he says, “no other supplier in [Kruckeberg’s] line of products gets videos out like he does, to prove how tough and rugged his products are. He spends a lot on marketing, and that’s why Minimizer is so successful today.”

In 2013, the company’s marketing budget will top $1.6 million. “Marketing is always one of the first budgets that companies like to cut, but ours is second [in importance] only to payroll,” Kruckeberg says. “Don’t get me wrong—we’ve got a great product. But a large part of the company’s success comes from the branding and marketing.”

Spray Control Systems hasn’t shied from new products and equipment, however. About a year ago, Kruckeberg spent $500,000 on a 3D prototyping machine to allow his company to expand into floor mat manufacturing. Although the investment could have crippled the company, the floor mat segment has proven to be successful, and Kruckeberg says the 3D printer has become a key part of the business.

The company’s Blooming Prairie facility is about 70,000 square feet; Kruckeberg plans to expand it another 50,000 feet by 2014. He also is looking into acquisitions.