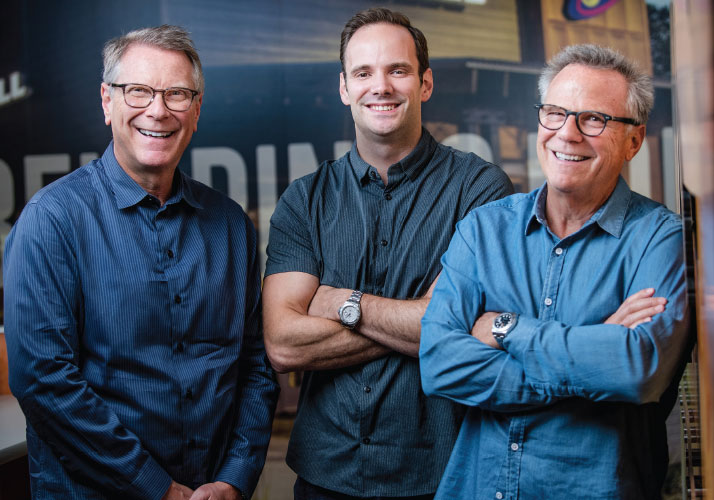 Major acquisitions and intuitive leadership have made this quick-service restaurant franchisee a giant within its industry.
By Sam Schaust
| November 01, 2018

In 1996, life changed overnight for Jeff and Lee Engler. For the last decade, the brothers had been overseeing the day-to-day operations of 16 Taco Bell restaurants throughout Minnesota, until the day a once-in-a-lifetime opportunity knocked on their door.

Taco Bell’s corporate arm, looking to divest itself of all 63 of its stores in the North Star State, asked the Englers if they were interested in quadrupling their footprint. “We didn’t have that kind of money,” recalls Lee, 61, but the transformative potential of the deal was too much to pass up. Quickly the brothers nailed down a partner to help finance the acquisition, making for the first private equity deal in Taco Bell’s history.

Likewise, the purchase also made for another historic event: the founding of Border Foods. As co-CEOs, the Engler brothers are splitting the top job. Jeff, the older of the two by six years, is credited as the “finance guy” and chief strategist—forever hunting for the next great deal. Lee, with his decades of restaurant management experience, has long been the handler of day-to-day operations at Border Foods’ restaurants.

Come 1999, the duo moved to buy out their partner and quickly began to look beyond burritos and quesadillas. Within a year, they made franchisee agreements with Pizza Hut, Long John Silver’s, Wing Street, and Au Bon Pain, opening dozens of new restaurants in roughly a dozen years. By 2012, Border Foods was pulling in $175 million in revenue from 175 storefronts. But the Englers weren’t satisfied.

Looking back on it, “I coined it ‘the lost decade,’” says Jeff, as Pizza Hut in particular was costing Border Foods more than it was making. An immediate reorganization of the business was needed to survive, according to Jeff, and the decision was swift, based primarily on one thing: the balance sheet.

“We found we got a much better return on our capital and clearly our people by deploying it back to Taco Bell,” says Lee. Border Foods’ pool of franchised locations again shifted overnight as it dealt away everything that wasn’t a Taco Bell or Au Bon Pain.

Tim Barnett, a long-time lawyer for Border Foods who has handled a majority of the company’s dealings since its founding, believes the Englers’ move to reorganize needed to happen. “Getting out of Pizza Hut was long overdue, and they knew it,” says Barnett, who leads the franchise legal team at the Minneapolis-based law firm Winthrop and Weinstine. “Selling the business off to another large franchisee helped them tremendously for two reasons: No. 1, it eliminated a cash drain—Pizza Hut was not making money—and No. 2, it eliminated a huge distraction.”

Ultimately, the refocus kicked off a new era at Border Foods as the Engler brothers prepared for the future. Starting in 2014, the company began a reinvestment campaign, during which $12 million to $18 million has been spent annually on remodels and the construction of new Taco Bells. “People want to go into new, relevant assets,” says Jeff. “If it’s new, the food tastes better.”

At the same time, the Englers established Marvin Management to oversee the newly built restaurants and keep the leases under Border Foods instead of a third-party leaser. “At least from my standpoint, third-party landlords don’t always act rationally,” says Barnett, “so when you can control the real estate you eliminate headaches and you make capital-raising a bit easier.” Over the last several years, Border Foods has used Marvin Management to claim ownership of about half its restaurants—a far cry from the days when all of its stores were leased by third-party entities.

Border Foods also doubled down on another of its sister companies, Delaget. The analytics company geared toward quick-service restaurants had been steadily growing since its 1999 founding, but not until the Engler brothers reinvested in it and hired a new CEO for the business—one with extensive leadership experience at software-as-a-service companies—did Delaget break out. Nearly 13,000 restaurants use Delaget’s analytics platform as of 2018, including Kentucky Fried Chicken, Burger King, Wendy’s, IHOP, Pizza Hut, and all of Border Foods’ locations.

Moreover, Delaget offered the first opportunity for a second-generation member of the Engler family to work their way into Border Foods full-time. After receiving his MBA from the University of St. Thomas, Jeff’s son Aaron took on a product management and marketing role at Delaget. Five years later he moved to Border Foods to continue climbing the corporate ladder. Still, Aaron knows a path to be the company’s future CEO isn’t guaranteed. “Ever since I can remember, [Jeff and Lee] have been very against nepotism,” he says.

Jeff seconds Aaron’s observation. “We’re a family-owned business, but we’re really not a family business because we view ourselves as a professionally managed company,” he says. That aside, the Engler brothers want their family to have a path into the business.

Starting in 2015, Jeff and Lee organized a three-times-a-year family meeting to build interest in Border Foods among relatives. Each outing is different, Lee says, although the content covered tends to cover ways to improve interpersonal and business skills, as well as general assessments of the family business. “We’re also in the process of creating a ‘family MBA,’ ” Lee adds, which he hopes will build those hard-to-teach skills such as business ethics, investment strategies, and employee management. “We’ve always said you have the opportunity to work here but not the right,” he notes. “It’s all based upon what you can contribute.”

Though they are preparing to pass the torch to a second generation, Jeff and Lee never stopped growing Border Foods. “We acquired a lot; we built a lot,” says Lee of the 25 stores built in the last five years and more than 70 acquired from franchisees. With restaurants in Minnesota, Wisconsin, Michigan, Illinois, South Dakota, and Wyoming, Border Foods’ portfolio has expanded to 187 locations, ranking it as one of the largest multiunit quick-service franchisees in the nation.

At its current pace, the company expects to hit 215 locations by 2025. But Jeff isn’t ready to say its growth will stop there. “The question now is are we going to start doing acquisitions again and go to 300 or 350?” he says. “Knowing us, we probably will, and I could see us being at $600 million in revenues” in the next six years.

Within the next three to five years, though, the Engler brothers plan to leave Border Foods, whether in the hands of their children and extended family or to someone outside of the family. Either way, the company will remain under the Engler family as a “legacy asset.” It’s taken more than grit and determination, Lee says, to build Border Foods into the $311 million mammoth it is today. “There’s a special sauce there,” he says of the unique bond and collaborative ability he shares with his brother. “I’m not sure what it was, but it worked and we’re thankful for it.” 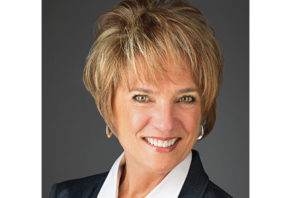 Her consultancy helps family businesses look at all aspects of transition.
Read More 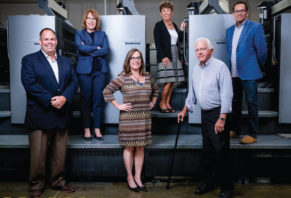 Two sisters have led this St. Paul company to steady growth during a decade of challenges to the printing industry.
Read More 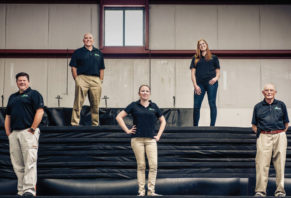 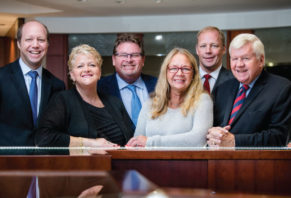 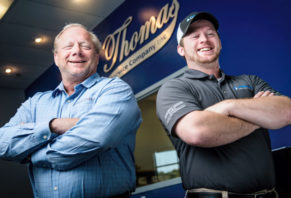