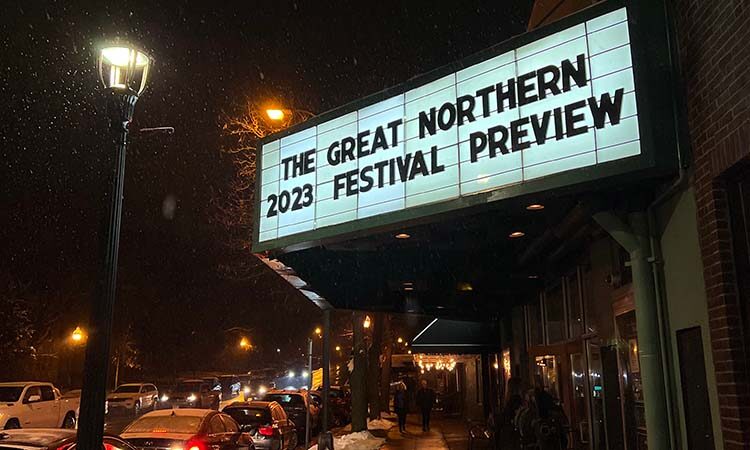 Organizers formally unveiled the lineup for this year’s festival at an event at Parkway Theater on Nov. 15. Dan Niepow

The annual celebration of Minnesota winters aims to spur Minnesotans into action.
By Dan Niepow
November 28, 2022

What’s a Minnesota winter without pond hockey? Without ice fishing?

A warming planet is prompting a Minnesota arts festival to dive deeper into the cultural meaning of the state’s coldest season. The Great Northern Festival, a yearly celebration of Minnesota winters and artists, returns this year with a marked focus on climate change — and the local repercussions thereof. One of the slogans for this year’s festival: “Let the climate change you.”

This year, the Great Northern runs Jan. 25 through Feb. 5. It’s taking place mostly throughout the Twin Cities metro, although there are a few events in Greater Minnesota. Organizers formally unveiled the festival’s lineup at a preview event at the Parkway Theater earlier this month.

The festival’s aim is as much artistic as it is existential: What will global warming do to Minnesota winters? What will it mean for the culture we’ve developed here? And what can the average Minnesotan even do about it?

Kate Nordstrum, who was named executive and artistic director of the festival in 2020, says she wants to spotlight “the preciousness of our winter culture.” She says it’s something “worth fighting for,” and she’s confident she can convince other Minnesotans. Counter to often bleak headlines about global warming, Nordstrum finds a silver lining.

“It’s not bringing down the energy of what would otherwise be a fun winter festival,” Nordstrum tells TCB. “It’s actually arming us and giving us reason to celebrate and protect the season.”

Climate change has already altered some Minnesota traditions. “The time we expect our lakes and ponds to be frozen has gotten later and later,” Nordstrum says. “It used to be that you could count on everything frozen over in December. … That needle has moved.”

Her aim, then, is to “appeal to people where they’re at” and focus on ways that climate change has shifted beloved wintertime activities.

In some ways, the new focus is a return to the festival’s roots. The organization behind the annual U.S. Pond Hockey Championships is one of the Great Northern’s founding partners. The event’s other founding partners are a few familiar Minnesota names: The Saint Paul Winter Carnival and the City of Lakes Loppet. The first Great Northern festival took place in 2017.

In 2020, the festival reported $336,070 in total revenue – all of it originating from grants and contributions, according to IRS filings.

“It’s a young concept as a festival, and we’re a very small organization,” Nordstrum says. “In many ways, it feels like a startup.”

Jothsna Harris, a Great Northern board member and founder of climate-focused advisory group Change Narrative LLC, admits that the principal aim of the festival is “not necessarily to change people’s minds.” Instead, she says the main task is to “activate people” and encourage them to take action. She points to Yale University research showing that a majority of Minnesotans understand that climate change is happening, but a majority of them aren’t yet taking action on it.

Harris describes this chunk of the population as the “movable middle” – people who could be more easily swayed into taking action.

Generally speaking, the facts of climate change are quite plain: Climate researchers are in near unanimous agreement that the planet is warming, and that it’s caused by human activity. But Harris acknowledges that facts alone aren’t always enough to spark action. “Beginning with facts can sometimes close the door,” she says. In some cases, appealing to emotion can be much more impactful, Harris says.

“For a long time, we’ve talked about climate change almost solely through science and data, and while the data and science are critical, you don’t get the depth of the entire issue without including the human perspective,” Harris says. “The presence of emotion is really critical.”

The event isn’t entirely catered to locals. Since Nordstrum has been at the helm, she’s been working to raise the festival’s profile and turn it into a national attraction. She’s projecting total attendance this year of around 200,000 people. Historically, most attendees have come from the Upper Midwest, but Nordstrum sees the festival as a “welcome mat” for people across the country.

“We do hope to welcome more people from outside the Twin Cities and this region. That’s something we’ll be tracking,” she says. “We hope our conversations spark attention near and far.” 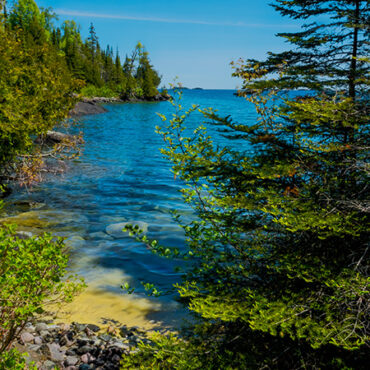