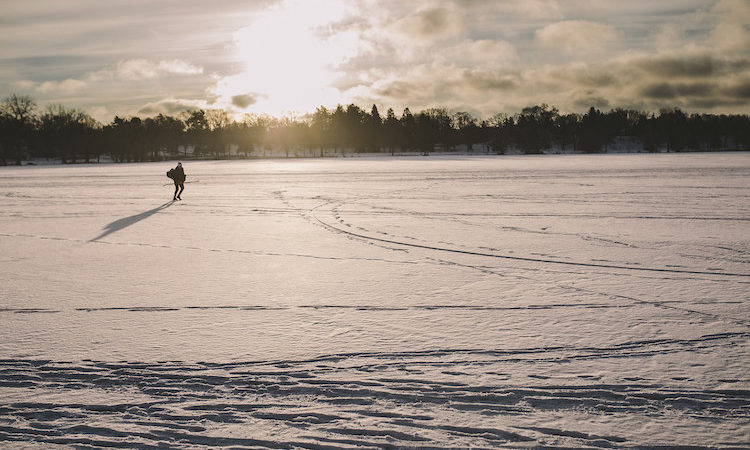 Photo by BLK WLF Photography. Courtesy of The Great Northern

The Great Northern festival kicks off Jan. 23, but its new executive director Kate Nordstrum is already thinking ahead to making it a national draw.
By Allison Kaplan
January 17, 2020

Kate Nordstrum had to update her holiday wish list at the last minute. “I think I need some really great base layers,” the arts entrepreneur joked in December, shortly after The Great Northern winter festival organization announced her as its new executive director.

Created in 2017 with the intent to amplify Minnesota as a year-round destination, the Great Northern is the umbrella organization for prominent winter events: the City of Lakes Loppet, Saint Paul Winter Carnival, and U.S. Pond Hockey Championships. Nordstrum is tasked with creating original programming for the Great Northern, and making it a national draw like South x Southwest. She’s done it before: In 2012, Nordstrum founded Liquid Music with the Saint Paul Chamber Orchestra, a boundary-bending series that paired unlikely musical acts, blending contemporary and classical. It fell victim to budget cuts last year, but Nordstrum plans to continue the series independently since it’s garnered international attention, and earned her a guest creative producer spot with the Los Angeles Philharmonic’s Fluxus Festival. Nordstrum, a Wisconsin native and University of Minnesota grad, has also worked for Lincoln Center for the Performing Arts in New York and the Southern Theater in Minneapolis.

“We see an opportunity to create a homegrown event of national caliber and scale, and there’s no better person to help the Great Northern fulfill that potential,” said Eric Dayton, co-founder and CEO of the festival.

The Great Northern kicks off Thursday with the opening of the St. Paul Winter Carnival and youth pond hockey night on Lake Nokomis. Because this year’s programming was set well before Nordstrum’s recent appointment, she’ll be able to take it all in as she starts planning for 2021. Before bundling into her long johns and boots, Nordstrum talked to TCB about her plans to amplify Minnesota winters. 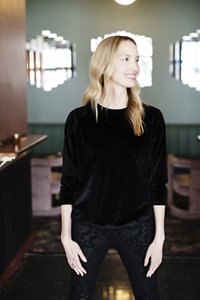 First and foremost: Are you a big winter enthusiast?

Honestly, winter is not the easiest time of year for me. I started the conversation with Eric (Dayton) saying as much. I think a lot about accessibility—what winter means in a nuanced way. What do we need in the winter? I personally need to not be isolated. I don’t want to just hole up for six months. I need community, invigoration. For me, that is a lot about art and community conversations. I do get out in it—I like to go up north in the middle of winter and do some extreme hiking. When I do, I feel the same kind of invigoration I gather from the best art experiences. I’m interested in telling that story.

Does that mean we should expect an emphasis on arts for the Great Northern in future years?

Festivals sometimes can be a little too narrow in what they do—and I say that as someone involved in music! After a while, it’s too much of the same thing. I’d like to see a range of activities, some that bring you outdoors…and others inside. That’s a very rich experience. Winter, for me, is the heart of our performing arts season. The festival could be an opportunity to shine the light on that, too.

What’s the purpose of The Great Northern in your estimation?

It’s about regionality. Our values. Spotlighting a very unique place in the country. What we’re about at this particular time—a time that can be difficult for the hospitality industry. It’s about community building, having something that is a bright light, a celebration in a dark time of year. This post-holiday festival is a really interesting time of year to be active and show the health of our region.

So is it about local morale or driving winter tourism?

I think it’s about local business as well as national attention. It has the potential to be one of the great contemporary festivals in our country. Where we live is a bright light in our nation. We have such incredible taste, we do great work, we care about the environment. Our food and beverage scene is incredible. All of these things coming together at a unique time of year can add up to a lot. It can be a vehicle to drive economic growth, to share the things we value at a very high level and not just drive attention, but make people really proud.

Realizing it’s very early days for you, are there certain types of events you can see adding?

Heritage is very important—we have that with the Winter Carnival, the Loppet. I’d like to invest in new ideas: performances, art that launches here. It’s important to see not just what we’ve always done in winter, but what it’s evolving to.

Are there other regional festivals you’re looking to for inspiration?

Desert X in Coachella Valley. There’s a lot of site specific sculpture—it’s a way to get both environment and art. It’s interesting to think about regionality and seasonality. Also the Baltic Sea Festival is very much about music and sustainability. Music can get your soul ready to be open to new concepts.

What will you attend and what will you be watching For during this year’s Great Northern?

I’ll be at everything. I’m in the process of meeting with all the founding partners to talk about where we see ourselves now and where we want to be. It’s important for me to understand where they want to go and make sure Great Northern programming is complementing that.