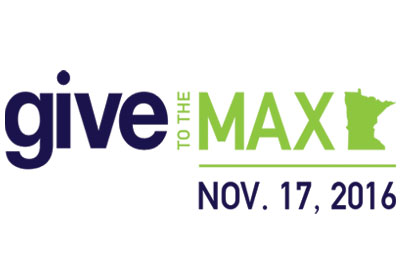 Nonprofits and donors are frustrated by another year of problems on the state's largest day of online charitable giving.
November 27, 2016

UPDATE: At approximately 3:30 p.m. on Thursday—more than six hours after it initially crashed—GiveMN said its full website was “in the progress” of coming back online.

Minnesotans overwhelmed the website GiveMN with the spirit—and dollars—of their generosity, causing the website’s servers to overload and forcing a stripped-down version to be implemented.

The crash came in the early mornings hours on Give to the Max Day, Minnesota’s busiest day of online giving. The organization said that users were experiencing slow page loads or the inability to do so altogether.

“Minnesota’s generous spirits has overloaded the GiveMN servers for our website,” the organization wrote on its stripped-down page. “While we work to get the main GiveMN site back up and running, we have moved to a much simpler version of our website so that you may continue to make donations to the organizations that mean the most to you.”

By early afternoon, GiveMN said website glitches hadn’t stopped Minnesotans from giving: Nearly $3 million had been donated during the switchover.

Despite regular assurances and updates from GiveMN, frustration was evident from both donors and nonprofits. The organization was already getting flak for raising its donation processing fees to 6.9 percent (up from 4.9 percent last year). Donors were supposed to be able to choose to cover the fees or pass them along to nonprofits, but that functionality was not available in the stripped-down format. Nor could nonprofits track giving in real time as they were promised.

“This is our last year for using your site,” Paul Meunier, who identifies himself as the executive director at Youth Intervention Programs Association, wrote on GiveMN’s Facebook page. “You have proven to be unreliable. How do you expect us to trust this anymore? …This happens way too often.”

He wasn’t the only person expressing frustration—the Facebook page was awash in comments demanding waived processing fees, threats to quit using the website altogether and concerns about having built campaigns around the day that could no longer be executed.

This isn’t the first time glitches have occurred, including complete crashes. The website was down for five hours in 2013, prompting the organization to change vendors the next year to better accommodate traffic.