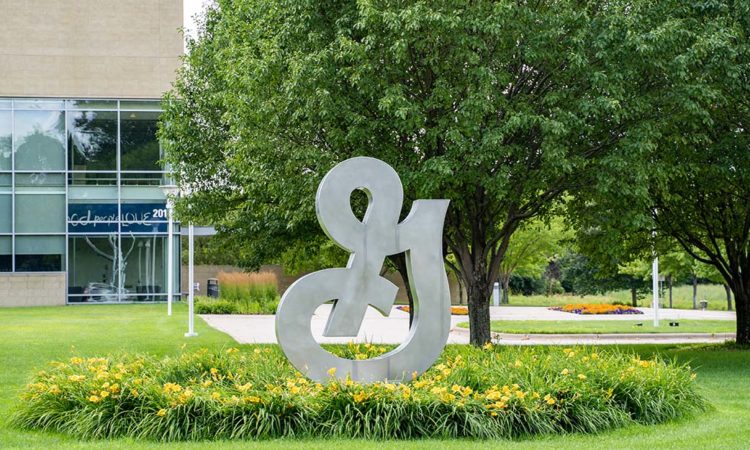 A sign outside of General Mills’ headquarters in Golden Valley melissamn / Shutterstock.com

The Golden Valley-based food giant will not follow competitor Kellogg’s into a split into separate companies.
By Josh Miller
July 14, 2022

Kellogg’s, the Michigan-based food conglomerate, recently announced a plan to split into three separate companies focused on cereal, snacks, and plant foods. This shift in strategy could alter food industry dynamics and have implications for Minnesota-based food companies, but General Mills Inc. CEO Jeff Harmening said on the company’s most recent earnings call that the move will not change strategy for the Cheerios manufacturer.

Restructurings are common for corporate food giants who hope to realize supply chain, technology or marketing synergies, or demonstrate to shareholders a clear focus on high-growth categories. Kellogg’s decision to split into three businesses is driven by the hope that Wall Street will reward its high-growth snack segment — which makes up 80% of Kellogg’s total sales — by trading it at higher multiples than their current portfolio. Kellogg’s shareholders will receive shares in the new spin-offs relative to their current holdings.

“Kellogg’s is breaking up their reportable growth numbers into more specifically associated categories such as snacks and cereal,” says Jason Robinson, a food industry insider and business development director for the Agricultural Utilization Research Institute. “This move allows Kellogg’s to compare more favorably to other snacks companies.”

In contrast, observers note General Mills is betting that the strategic complementarity of its businesses will lead to superior long-term results. Sales, general, and administrative expenses shared across its portfolio drive down costs for each of the individual businesses, and the technological advantages and operational expertise of a one-portfolio company can benefit the others. That’s why the Golden Valley-based company has had a tendency to shed and add assets in its portfolio to create focus, instead of splitting completely.

One example of a technological advantage held by General Mills’ is its use of extrusion technology, a commonly used food process applicable to both cereal and pet food.

“When we bought the Blue Buffalo business, one of the things we said was that the capabilities we have at General Mills are very similar to what is needed at Blue Buffalo,” Harmening said on the earnings call. “One of those is extrusion technology, which is the technology we use in cereal.”

Robinson affirmed the validity of Harmening’s strategic rationale, adding that General Mills’ strategy of going big on pet food makes sense given its current capabilities. “The significant synergies from a processing and supply chain point of view is a clear case of businesses being better together than separate,” Robinson says.

General Mills has historically looked to bolster its competitive positioning through inorganic growth. Purchases of Pillsbury in 2001 and Blue Buffalo in 2018 were headline investments to pursue growth strategies, and divestitures of slower growth businesses like Green Giant, Hamburger Helper, and Suddenly Salad allowed the company to focus its resources on higher-growth areas.

General Mills’ history of smart acquisitions “is likely to stave off a push to break up the company into smaller organizations,” Robinson says.

Additionally, as a result of the split, Kellogg’s may lose some of the value of its size. It’s cheaper on a per-unit basis to buy 100 pallets of sugar than 100 bags of sugar, according to Robinson, so losing scale could eat at Kellogg’s margins: “There is value in scale.”

Other Minnesota food companies will have different reactions to the move, dependent on their governance structures. For example, Land O’ Lakes Inc. is a cooperative with more complex goals than maximizing growth and profit. Cargill’s status as a private company obviates it from any motivation related to share price. Hormel Foods Corp. has publicly stated that like General Mills, it is using acquisitions and divestitures to refocus its business away from commodity meats and toward custom value-added products.

The food and agriculture business generates over $112 billion in economic impact and supports more than 431,000 jobs in the state, according to the Minnesota Department of Employment and Economic Development. Macroeconomic pressures such as inflation and interest rates, combined with existing competitive dynamics, makes the sector especially intriguing to watch.