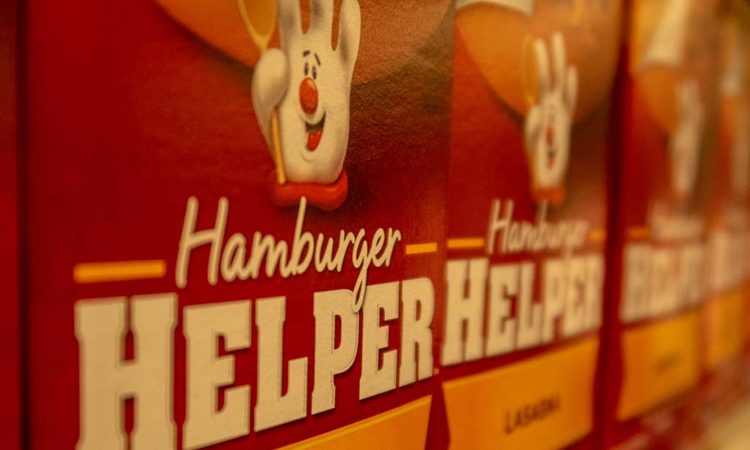 The Golden Valley-based food giant plans to sell the iconic brands to an Ohio-based food company.
By Josh McGovern
May 25, 2022

Golden Valley-based General Mills Inc. on Wednesday announced that it has inked a deal to sell its Helper and Suddenly Salad brands for $610 million. The buyer is Cleveland, Ohio-based Eagle Family Food Group.

The Helper line includes the well-known Hamburger Helper brand, as well as Chicken Helper and Tuna Helper. In General Mills’ 2021 fiscal year, the Helper and Suddenly Salad brands produced $235 million in net sales for the company.

In a press release issued Wednesday, General Mills group president of North American retail Jon Nudi said the move is aimed at enabling the Minnesota company to expand its portfolio and focus on brands “where we have the best opportunities to drive profitable growth.”

General Mills wrapped up one of its largest acquisitions in recent history in July of 2021, when it acquired Tyson Food’s pet treat business for $1.2 billion. General Mills leaders have said that these transactions are part of the company’s larger “Accelerate” restructuring process, a plan that has included the elimination of hundreds of jobs around the world.

Subject to regulatory approval, the transaction is expected to close in early 2023.