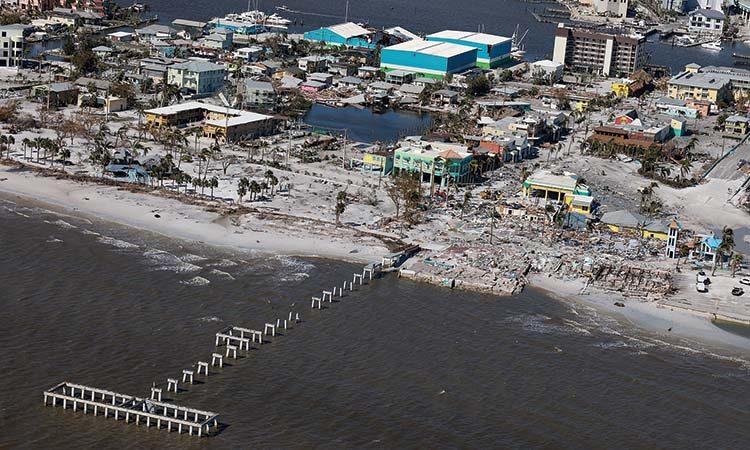 A report from hurricane-ravaged Southwest Florida.
By Josh Miller
January 10, 2023

Southwest Florida’s ties to Minnesota are longstanding. Communities such as Naples, Fort Myers, and Sanibel are many Minnesotans’ personal slice of nirvana—an escape from long winters. So when Hurricane Ian devastated the area in September, it created anxiety 1,500 miles to the north.

The strong link between the two areas is evident in the presence of familiar Minnesota cultural touchpoints. Fort Myers, which took a direct hit, has been home to the Twins’ spring training and developmental programs since 1991. Many employees and former players make the area their home. “Hurricane Ian was gut-wrenching for the entire organization,” says president Dave St. Peter.

The Lee County-owned CenturyLink Sports Complex in Fort Myers sustained only “cosmetic wind damage and minor water damage,” St. Peter says. The organization shut down its instructional league and used the complex as a staging area for the National Guard and later for World Kitchen, which has used it as an outpost to prepare and distribute meals. “It’s been rewarding to be at the center of the recovery effort, but we have a long way to go,” St. Peter says.

The Twins will nonetheless hold spring training in Fort Myers, which should provide a boost to the local tourist economy, which will not be at full capacity this winter. As of mid-November, tourism authorities reported 56.4% of Lee County’s guest rooms had reopened, but they did not respond to requests for guidance on when visitors should consider returning.

“It’s been rewarding to be at the center of the recovery effort, but we have a long way to go.”

Sanibel, an island community off Fort Myers, known as home to some of the most beautiful beaches in the country, experienced some of the worst damage. Twin Cities-based Jerry’s Foods has a Sanibel location, including a restaurant, but it avoided severe damage since the building sits on stilts. “We feel lucky compared to others on the island,” says Ben Schultes, a Jerry’s vice president.

Jerry’s is open limited hours and functioning as a convenience store until things return to normal. It has also reopened its restaurant and, according to Schultes, was “one of the only stores and restaurants” open on Sanibel more than six weeks after landfall. Schultes says this season will likely see a significant loss of tourism to prevent strain on surviving infrastructure. 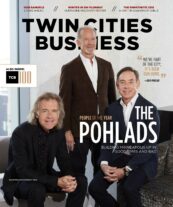 Office Envy: Northborne Partners
See You Downtown
Padilla President on Empathy from the C-Suite
Did the Booze Boom Bust?

Naples, 25 miles south of Fort Myers, also faces a road to recovery, but it was spared a direct hit. Richard D’Amico, co-founder of Minneapolis-based D’Amico & Partners, is a year-round Naples resident, and the company operates several restaurants there. He says Campiello and Ziggy’s are open, but the Continental’s return is a few months away.

He says beach areas to the north of downtown Naples toward Bonita Springs were hit hard, and many homes and businesses by the water are currently uninhabitable. D’Amico is redirecting a portion of holiday gift card sales to employee hurricane assistance.

“There’s a price to be paid living in paradise,” D’Amico says, “and we just paid it.”