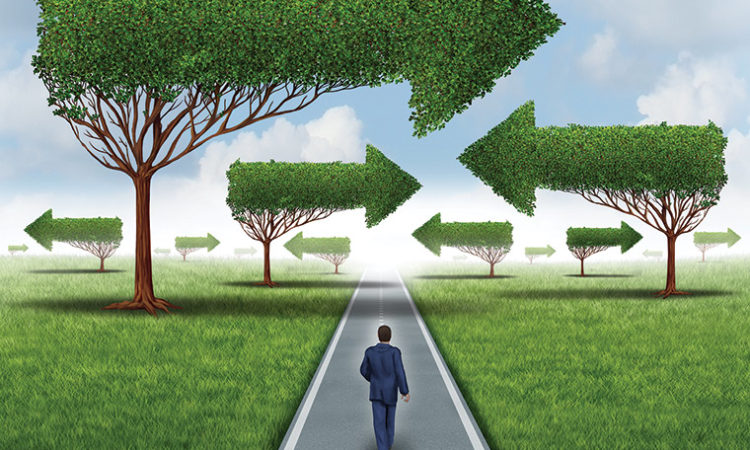 Twin Cities entrepreneurs have more sources of capital to choose from today, but access to capital is still an arduous road.

“Entrepreneurs need to be really good at rejection,” says Abir Sen, CEO and co-founder of Gravie. “Just because 20 investors have said no doesn’t mean the 21st investor won’t be happy to invest. You have to have thick skin and not get thrown off course too easily.” Gravie is a platform that gives employers an alternative way to offer their workers health care benefits.

The markets that entrepreneurs or early-stage companies serve usually drive their sources of financing, and it always has been challenging for companies to raise early-stage capital.

“These companies are in an early stage of development—of their technology, their team and sometimes their market,” says Michael Gorman, founding managing director of Split Rock Partners, an Eden Prairie-based venture capital firm focused on investments in software and cloud-based technologies. “But it is a good time for these companies in the Twin Cities. There are more sources of early-stage capital than there have been historically.”

Organized angel groups as well as crowdsource funding are relatively new to the local market. Examples are Kickstarter, a New York-based web platform with more than 13.9 million backers who have helped fund more than 137,000 start-up projects worldwide, and MnVEST, a digital platform introduced in 2017 that allows individual angel investors to invest in early-stage Minnesota companies.

Accelerator groups, such as Techstars Retail and Wisconsin-based Gener8tor, are also new entrants that complement traditional sources of capital.

In 2016, Minneapolis-based Target partnered with Techstars, a network with a $150 million venture capital fund supporting its accelerator programs, to create Techstars Retail, which chooses 10 companies a year from around the world to provide mentoring and $120,000 in capital. “The companies, which have to move to Minneapolis, are run through a three-month accelerator program,” says Ryan Broshar, managing director of Techstars Retail and founder and managing director of Matchstick Ventures, a $5 million venture capital fund for early stage companies. Two Twin Cities-based companies, Local Crate and Upsie, have progressed through the program, and several companies have chosen to permanently be based in Minneapolis.

The path to financing a startup, particularly for high-risk software and app developers, is typical. “First you put your own skin in, then, when you have something viable, you quit your day job and put more money into it. Then you raise money from family and friends, people who know your character. As the product gets traction, you can raise money from institutional investors, seed venture capitalists and others,” says Dug Nichols, CEO of Kidizen, a Minneapolis company that developed an app that lets parents buy and sell children’s used clothing, toys, accessories and dÃ©cor.

Businesses that are not considered as high risk as digital technology firms often seek traditional financing from banks, which have become more willing to lend in the past couple of years. Following seven years of economic growth, banks’ appetites to lend more aggressively has increased, says Craig Veurink, senior vice president and lead regional business banking manager for U.S. Bank.

U.S. Bank provides loans guaranteed by the Small Business Administration (SBA) for start-up and early-stage companies with annual revenues generally up to $25 million. “A lot of businesses we work with are those you see driving down the road—manufacturers, veterinarians, dentists, retailers, accountants, hair salons. Companies that have not produced any revenues yet are not bank customers,” Veurink says.

Before lending to a start-up firm, banks generally look for clear-cut criteria. They want to know entrepreneurs have experience in their industry, or are buying a franchise that offers training along with having transferable experience. “We are also looking for them to have some cash, typically 25 to 30 percent of start-up costs. They need to be willing to take some risk themselves,” Veurink says. “If the barrier to entry is easy and quick, that industry will struggle to get bank financing.”

“We are really fortunate in the Twin Cities. When it comes to startups, we continue to improve,” Veurink says. “We have so many great Fortune 500 companies that either spur startups to support them or that create entrepreneurs.”

“There are terrific opportunities here,” notes Gorman of Split Rock Partners. “Companies that have a very long clinical trial path or regulatory hurdles will find it more difficult to raise financing, while companies that are dramatically advancing productivity or adding capabilities and that have a team capable of growing and scaling the business will find it easier to attract capital than companies without those attributes.”

Riches in the Niches of the Wake
What is a 'Cultural Experience' in Minnesota?
New Cloud-Based Products Aim to Boost Employee Productivity
No Cash? No Sale.

Large venture capital firms active in the Twin Cities market include Split Rock Partners, Arthur Ventures, Rally Ventures, Dundee Ventures and Versant Ventures. Organized angel groups include Twin Cities Angels, Gopher Angels and the Sofia Fund. According to Securities and Exchange Commission (SEC) rules, an angel investor must have a net worth over $1 million (excluding home)or an annual income over $200,000 for two prior years.

Cathy Connett, CEO and managing partner of the $5.5 million Sofia Fund, says angels historically were a quiet network of deep-pocketed people who used their lawyers or accountants to find deals for them. Today, individual angels are doing their own research and growing more sophisticated. Minnesota angel groups also are more willing than funds on the coasts to share deals, which helps them spread risk.

“We think there are good deals in the middle of the country that are being overlooked by the coasts,” Connett notes. The Sofia Fund invests $100,000 to $500,000 in companies with disruptive technologies that could sell in three to five years. A typical financing round of interest for the fund is $1 million to $3 million, with money held back for a follow-on round. Kidizen is one company that has received funding from Sofia.

Nichols founded Kidizen with Mary Fallon and Dori Graff in 2013 and launched the app in 2014. Today, Kidizen has more than 400,000 registered U.S. users and is approaching $1 million in revenue. Between 2013 and 2016, Kidizen raised $2 million, primarily from seed-stage venture capital firms and Minneapolis-based angel investors, including the Sofia Fund. Then in 2017, Kidizen raised $3 million in venture capital in a round led by Chicago-based Origin Ventures. “Most of our investment money is being used to grow the business in a smarter and faster way by adding more team members,” Nichols says. “The whole point of raising venture capital money is because we believed we could grow our business faster.” In 2017, the firm added seven employees to its existing staff of six.

Nichols says that while Minneapolis is starting to attract more money from investors based elsewhere, as a rule, investors like to be close to their investments. Raising money for Kidizen is getting easier. “The further along you are in showing traction and growth, the easier it gets, but the bar is higher here than in the Bay Area,” he adds.

Connett says more investors want to avoid the coasts, where valuations are high. “The money is there, but I believe they are throwing money at things that are not going to make it. They are taking too much risk. The middle of the country is more rational and reasonable about expectations. Some on the coasts are looking for the next unicorn—like Uber. A small fraction of entrepreneurs is going to the coast for money; there is the belief that if they go to the coast, they will get a higher valuation, but you have to be able to sell the company—the valuations are too high.”

Connett says more investors want to avoid the coasts, where valuations are high. “The money is there, but I believe they are throwing money at things that are not going to make it. They are taking too much risk. The middle of the country is more rational and reasonable about expectations. Some on the coasts are looking for the next unicorn—like Uber. A small fraction of entrepreneurs is going to the coast for money; there is the belief that if they go to the coast, they will get a higher valuation, but you have to be able to sell the company—the valuations are too high.”

Gravie CEO Sen has been involved with three other startups, all based in Minneapolis. He has had two successful exits, and most of his financing has come from the coasts. “There is a reason most of the early-stage capital has been from the coasts. There isn’t enough capital for early-stage companies here. But as an entrepreneur, the biggest question isn’t where my partners are based, it’s whether I am getting the right partners,” Sen says. “The benefit [of being nearby] accrues more to the investor than to the entrepreneur. It is easier for investors to keep their eye on the business; they can just get into their car and drive over to see the CEO.”

The biggest mistake entrepreneurs can make—other than choosing the wrong partner—is to sell an investor on their product while forgetting to sell their shares. Often an entrepreneur will develop a presentation that has 20 slides detailing the product but only two slides on the business.

“That’s not enough. The investor cares about the financials. The financials need almost equal weight,” Sen says. “Another mistake an early-stage company can make is to raise too much money. Too much money makes a team a little more stupid than it should be. A team needs to be lean and fiscally disciplined.”

The University of New Hampshire reports that only 20 percent of the deals angel investors consider are funded. “Entrepreneurs don’t realize they are competing for money. The investor may be looking at 20 other deals. They need to make the pitch and get the investor hooked. They need to know who is on the other side of the table,” Connett says.

About 100 businesses have applied for financing from Sofia in each of the past two years, but the fund has only chosen five companies to fund so far. The speed at which early-stage companies, particularly app developers, must succeed also has increased; early-stage investors are becoming more sophisticated, looking for which of several similar companies might go national first, Connett notes.

Despite these hurdles, Minnesota is known for its deep engineering talent and for an increasing number of companies that have achieved meaningful scale and significant exit, Gorman says. Successful exits of the past couple of years include Calabrio, JAMF Software and SportsEngine; companies that have raised a significant amount of capital include Leadpages, When I Work, Code42, Gravie and Bright Health.

“There is evidence that national investors have taken note of this market,” Gorman says. “An increasing number of quality companies are achieving scale in this market and exiting out at meaningful valuations.”

Fran Howard is a St. Paul-based editor and writer.