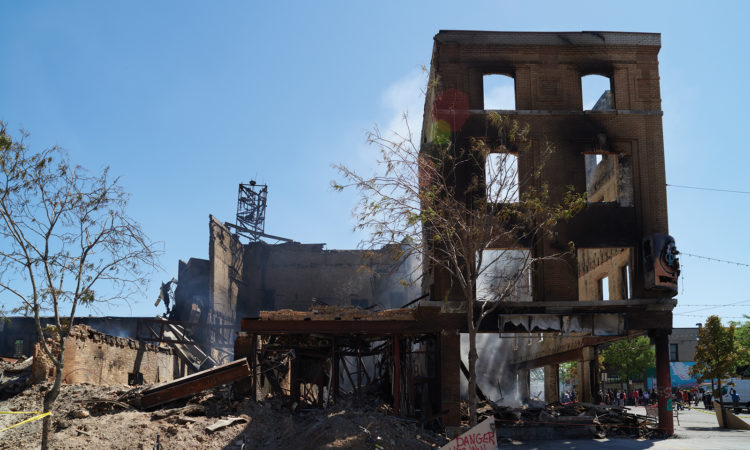 The Small Business Administration is providing loans for up to $2 million for businesses damaged in the wake of social unrest after George Floyd’s death.
By Dan Niepow
August 06, 2020

The Small Business Administration this week opened applications for low-interest loans to businesses damaged by social unrest in the wake of George Floyd’s death in Minneapolis.

Businesses that were damaged are eligible for loans up to $2 million to repair or replace their infrastructure, SBA officials said in a news release. Businesses may qualify for an additional 20 percent loan increase for “mitigation purposes,” which could include safe rooms, signage, or “facility hardening.”

The federal government is offering the loans at rates of around 3 percent for businesses, 2.75 percent for nonprofits, and 1.25 percent for homeowners and renters.

About 1,500 businesses in the Twin Cities were damaged in the unrest, with total damage exceeding $500 million, according to estimates from the governor’s office.

Gov. Tim Walz has been imploring the federal government for help in the aftermath of rioting in the Twin Cities. On July 2, the governor asked for a major emergency declaration, which was denied. Walz is in the midst of appealing that decision, according to a statement from the governor’s office.

More recently, the governor took his request to the SBA. In a July 31 letter to the agency, Walz requested a disaster declaration for a few Twin Cities counties. The SBA honored his request this week, declaring a disaster for Hennepin, Anoka, Carver, Dakota, Ramsey, Scott, Sherburne, and Wright counties.

“These last few months, I have visited with business owners and community leaders to talk about the next steps in rebuilding. To them, rebuilding is about more than a store front – it’s about maintaining the vibrancy and vitality of the community,” Walz said in a statement.

To apply for a loan, visit the SBA’s loan application portal.

In June, the nonprofit Lake Street Council launched a fundraising effort for businesses damaged along Lake Street, the epicenter of much of the rioting.