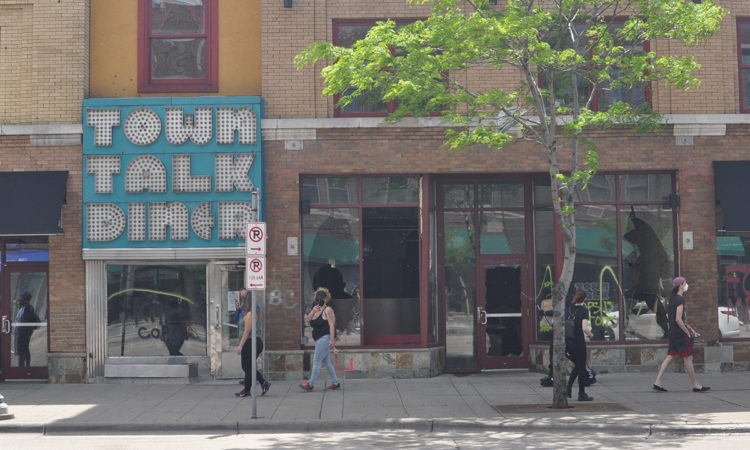 In the wake of damage to many Lake Street businesses after the death of George Floyd, the nonprofit Lake Street Council had an idea to set up a fund to help affected business owners. In just a matter of weeks, the response has been overwhelming.

The We Love Lake Street Recovery Fund has now raised more than $6.2 million from more than 62,000 individual donors and nearly 30 companies and organizations.

The Lake Street Council has now opened up applications for its first round of grants, backed by $3 million from the fund. Business owners can apply for grants of up to $25,000 from the fund. The Lake Street Council expects that the average grant will be about $10,000. That would translate into approximately 300 grants in the initial round. Many of the affected business are owned by people of color.

“These first grants are an initial rapid-response investment to help our Lake Street businesses begin addressing the damage they experienced during the events of late May and early June, and determine how they’ll move forward,” said Jackie Knight, Lake Street Council’s board chair, in a statement.

Rudy Trujillo, owner of Trujillo Tax Service on Lake Street, joined the Lake Street Council board about a month ago. When the fund started, he said, he was expecting that maybe it could raise $200,000 or $300,000.

“We never thought we were going to receive millions of dollars,” said Trujillo. “Nobody at the board of directors expected it to be in the millions.”

The fund continues to accept donations.

Trujillo said he was on the streets during the three worst nights of violence, trying to protect the building that houses his business.

“We got shot at,” said Trujillo. “I saw opportunists looting and burning.”

Trujillo said that the unexpected response to the fundraising effort along with many other people and groups pitching in to help have restored his faith in the Minneapolis community.

A diverse oversight committee of local leaders with strong connections to the Lake Street business community will review the grant applications.

The applications and additional info can be found on the Lake Street Council website. Applications are available in English, Spanish and Somali.