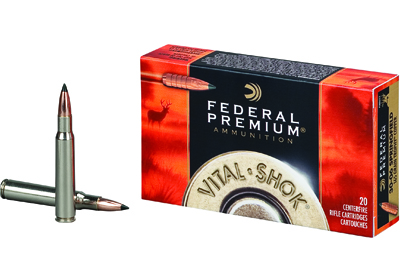 The multiyear project is expected to create 50 jobs at the ammunition company’s production plant.
November 21, 2016

Renovations at the plant will result in 50 new jobs, the company said, each of which will pay more than $17 an hour. Federal Cartridge expects to hire on the new workers over the next two years as its production machinery and equipment are upgraded.

Some of the money Federal Cartridge invests will also go toward improving its utilities and installing new heating, ventilation and air conditioning systems.

The company, which manufactures shotshell, centerfire and rimfire ammunition and components, was founded in Anoka in 1922.

“Federal Cartridge has been producing ammunition for hunters and other shooting-sports enthusiasts for nearly a century,” said Shawntera Hardy, commissioner of the state’s Department of Employment and Economic Development (DEED), in prepared remarks. “With improved equipment and facilities, the company will be positioned for continued growth in a competitive industry.”

DEED will be providing Federal Cartridge’s project with nearly $1.2 million in state support. Approximately $258,000 will be supplied in the form of a grant from the state’s Job Creation Fund, while an additional $900,000 loan will come from the Minnesota Investment Fund. If Federal Cartridge meets its hiring and investment commitments, the loan will be forgiven, DEED said.

“We appreciate the state and city support in response to our multiyear ammunition capacity expansion investment,” said Bob Keller, shooting sports president for Clearfield, Utah-based Vista Outdoor. “With nearly 2,000 dedicated and highly skilled employees at our Minnesota facilities, we look forward to adding jobs as our expanded capacity comes online.”