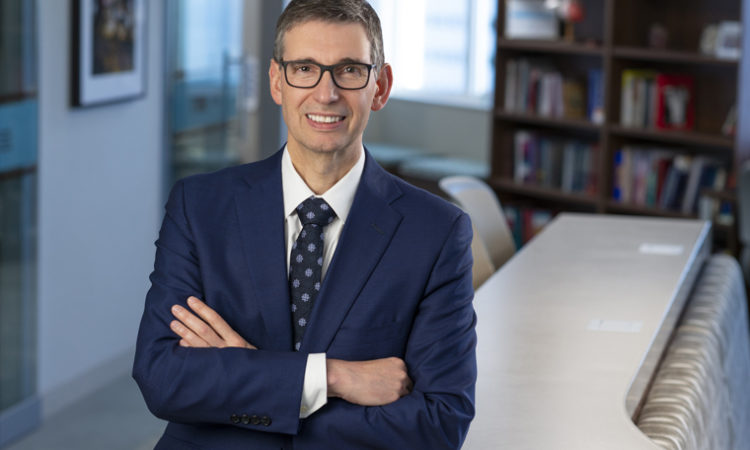 Dr. Farrugia will officially take over as the head of Mayo Clinic at the start of next year. Current president and CEO Dr. John Noseworthy, in the meantime, will be preparing him for the role.
By Sam Schaust
August 10, 2018

The search for Mayo Clinic’s new leader is over.

Dr. Gianrico Farrugia, a native of the island Malta and 30-year veteran of the Rochester-based health care institution, was on Friday named the new president and chief executive officer of Mayo.

Similar to his soon-to-be predecessor Dr. John Noseworthy, who is set to retire at the end of the year, Dr. Farrugia initially came to Mayo as a medical professional. While Dr. Noseworthy got his start in neurology, Dr. Farrugia has made a name for himself in the fields of gastroenterology and hepatology, which deal with digestive tract and liver disorders. Dr. Farrugia is also jointly appointed in Mayo’s Department of Internal Medicine and Department of Physiology and Biomedical Engineering.

Before becoming vice president of Mayo and the CEO of its Florida operations in January 2015, Dr. Farrugia was director of the nonprofit’s Center for Individualized Medicine. He also co-founded the Center for Innovation at Mayo Clinic.

“Dr. Farrugia is a visionary and servant leader who brings with him a wealth of experience and knowledge—both as an innovator and an executive,” said Dr. Noseworthy in a statement. “In partnership with our staff across Mayo Clinic, and with a deep commitment to our values and mission, he will affirm Mayo Clinic’s position as the global health care leader for generations to come.”

As the head of Mayo’s Florida campus, Dr. Farrugia oversaw 6,400 staffers and led Mayo’s expansion in the area, which most recently included the opening of a 190,000-square-foot cancer, neurology and neurosurgical care center. He also led the kickoff of a $70.5 million project to update the campus’s Davis Building and to add four floors to the single-story Mayo Building South. That two-part project is expected to wrap next year.

In 2017, Mayo was named the best hospital in Florida by U.S. News and World Report. Its Rochester campus also earned the top spot on the publication’s national rankings of best hospitals.

The Mayo Clinic Board of Trustees originally asked Dr. Noseworthy if he’d extend his stay as CEO of the company beyond the eight to 10 year tenure that has become the standard historically at Mayo. While he denied the offer, Dr. Noseworthy plans to use the last months of his time as CEO to ready Dr. Farrugia for the role. The transition process is already underway, Mayo said. 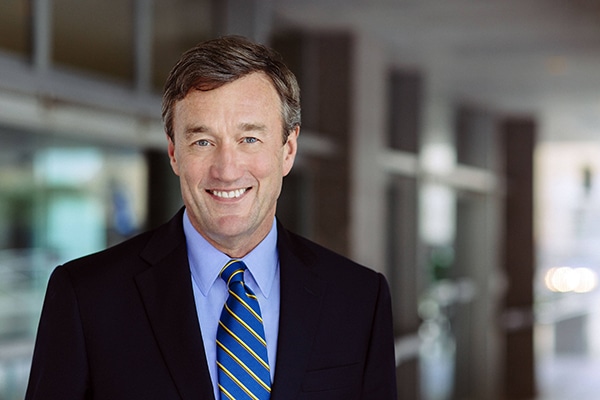 “We are deeply grateful for Dr. Noseworthy’s outstanding patient-centered leadership and inspiration he provided over the past nine years,” said Samuel Di Piazza, chair of the Mayo Clinic Board of Trustees, in prepared remarks. “Mayo Clinic has had a tremendous track record under his leadership amidst unprecedented change in health care and is well-positioned for continued success as we make this transition.”

Dr. Noseworthy arguably changed Mayo more in his tenure than any of the CEOs before him. Aside from the recent completion of a $3.76 billion philanthropic campaign that took eight years of fundraising, he also pushed Mayo to reorganize from its holding company setup to a being a single operating company across all of its sites. He also launched the 20-year, $6 billion Destination Medical Center project at Mayo’s headquarters. Coined as the largest public-private economic initiative in Minnesota history, the DMC project will create a series of specialized health care sub-districts within Rochester’s downtown area and ultimately establish the city as a health care capital in the U.S.

As the new CEO, Dr. Farrugia will take the helm of this massive effort and in his tenure (if sticks to Mayo’s decade-or-less pathway to retirement) will likely not see it to its end.

Nevertheless, Dr. Farrugia said Friday he was “humbled and proud” to take over the $12 billion organization that is Mayo, as well as its staff of more than 68,000 that  each year serve more than 1.3 million patients.

“While sea change continues to sweep through health care,” he said in a statement, “I look forward to harnessing innovation, a hallmark of Mayo Clinic, to transform health care for the benefit of patients everywhere.”