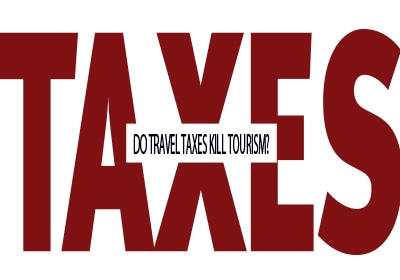 Everyone’s favorite tax increase may be a double-edged sword.
March 03, 2014

A recently released study ranked Minneapolis as having one of the highest visitor tax burdens in the country. The Global Business Travel Association Foundation (GBTA) examined the tax bill that comes with tourism-related services like lodging, car rental and restaurant meals. It determined that Minneapolis had the fourth- highest rate in the country, behind Indianapolis, Boston, and Portland, Oregon.

Rising car rental taxes—namely, the 3 percent increase of the motor vehicle rental tax—were responsible for the city’s jump from sixth last year. The city also ranks near the top in restaurant tax rates. Minneapolis’ tax rates are higher than surrounding suburbs in many cases, but most of these state-imposed taxes came with the city’s support.

GBTA’s 10 cities with the lowest travel tax rates were all in California and Florida. Burbank, Calif., the most reluctant taxer, added an average of $1.58 a day, compared to $17.46 in Minneapolis.

Travel taxes are alluring to government agencies because they don’t much hit the voters whose services they fund, while visitors rarely take them into account in making travel plans, especially business travelers. Or do they?

It depends on the category of traveler, says Melvin Tennant, president and CEO of Minneapolis’ convention and visitors’ association, Meet Minneapolis; he is generally supportive of the current tax burden. “Most business event and convention attendees aren’t going to utilize rental cars,” he notes.

As for leisure visitors, Tennant says the one tax they look at is the hotel room tax. “Potential visitors are always asking about hotel stay taxes,” he says, “and in that area we are actually on the low end nationally, at just 13.4 percent, much lower than cities like Seattle [15.6], Cleveland [16.2], or Houston [17].”

While the city’s low hotel taxes help balance its high car rental and restaurant taxes, it’s the state’s zero percent sales tax on clothing that Tennant says really tips the balance in the region’s favor. “Shopping is a huge draw for tourists within a 500-mile driving radius. We get half a million Canadian visitors a year, and the [lack of] sales tax is largely responsible for that,” he says. “And when Delta started non-stop service to Paris, well, there was no stopping the French from finding non-taxed shoes.”