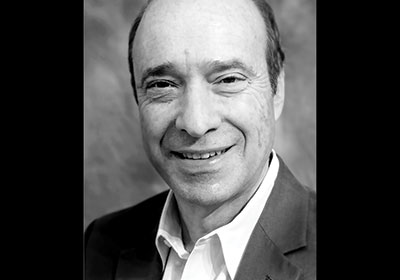 Despite many critics, tax-increment financing districts are on the rise in Minnesota.
January 01, 2015

Despite frequent vocal opposition, local government subsidies to commercial real estate developers and employers are picking up as the Minnesota economy rebounds.

The favorite tool of cities to subsidize development is tax-increment financing, authorized by the Minnesota Legislature to support local economic development, redevelopment and affordable housing development. It “captures” the incremental increase in property tax revenues generated by the higher value of the redeveloped property over a period of years and uses the funds to finance such things as land acquisition, environmental cleanup and demolition of substandard buildings.

According to the state auditor’s office, after reaching a peak during the development boom in 2004, the use of TIF by cities fell precipitously during the Great Recession. Now, with a rebounding economy, tax-increment financing is resurfacing as a popular development tool. The number of new TIF districts created statewide in 2012 (the latest year in which statistics are available) rose to 78, a 16 percent increase over 2011’s total of 67.

Thirty-eight of the new districts were classified as economic development districts, which are used to “discourage industry from moving to another state or city,” as well as to increase employment and enhance the tax base.

In the metro area, $193 million of tax-increment revenue was generated in 2012, the vast majority (87 percent) from districts established during the recession specifically to spur redevelopment of blighted properties.

Government subsidies to companies and developers have long been one of most controversial policies in Minnesota. One need look no further than the outcries over subsidies handed out to the Minnesota Twins and Vikings to build their stadiums to realize that.

Supporters say TIF is mainly used to create jobs and help cities bridge the final financing gap for projects that the market is already demanding. Critics contend they merely serve to pit cities against each other in competitions to underwrite wealthy developers, while diverting much-needed tax revenue for services that benefit the general public.

The city’s payoff: an estimated 4,500 jobs over the next five years, according to Mayor Brad Tabke, who won reelection in 2013 over an opponent who had opposed the subsidies. His decisive victory over City Councilmember Matt Lehman could be seen as a referendum on using local subsidies to create jobs in a city stung by the closure of ADC Telecommunications during the dot-com bust in 2000.

The uptick in the use of TIF shows it remains a vital resource for local governments, says Patrick Hynes, a lobbyist for the Minnesota League of Cities.

“We’re coming out of the recession, and the TIF numbers are a reflection of that,” he said. “TIF doesn’t create development out of whole cloth. It facilitates it and makes it possible in locations where it may not otherwise be practical, like at that abandoned strip mall that needs to be torn down. A developer isn’t going to do a project there if he has a greenfield to do it in.”

Tax subsidies that purport to create jobs, however, are viewed with skepticism by some analysts. Art Rolnick, a senior fellow at the Humphrey School of Public Affairs at the University of Minnesota and former senior vice president of the Federal Reserve Bank in Minneapolis, is among those who believe they create a race to the bottom among cities desperate to land or keep employers.

He points to a 2012 New York Times study that found the State of Minnesota and its local governments hand out a total of at least $239 million per year, or $45 per capita, on tax incentive programs. While not opposed to using subsidy tools such as TIF to clean up polluted and blighted property, which he views as a “public good,” Rolnick says their economic development role is ultimately counterproductive and unfair.

“Most of these deals are for private businesses who would have done what they’re doing anyway, and we’re benefiting some companies at the expense of others,” he says. “Somebody’s got to pay the taxes for our schools, roads and bridges, and they’re not paying them, which means you’re raising taxes on other businesses.”

The job creation argument, Rolnick contends, is a disingenuous one because the new workers brought in by the benefiting companies are going to be using the very schools and roads their employers are now exempt from paying for.

“This is really a national issue,” he says. “The federal government allows these kinds of economic bidding wars, and cities and states really don’t have much choice. If somebody comes after General Mills or 3M with a good deal down in Texas, if you’re the governor or the mayor, you have to respond to that.”

Don Jacobson is a Twin Cities-based freelance editor and reporter.