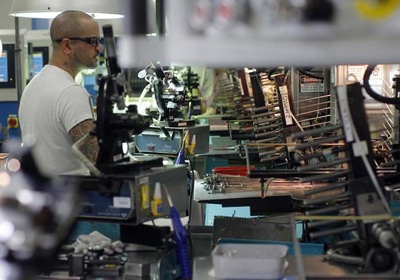 Minnesota has struggled to create jobs since the start of summer. Meanwhile, the nation is catching up to the state’s long-held unemployment rate lead.
By TCB Staff
November 27, 2016

Minnesota’s unemployment rate remained unchanged at 4 percent in October, despite the loss of 12,500 jobs—the largest monthly drop in more than five years.

Figures released Thursday by the Minnesota Department of Employment and Economic Development (DEED) show that nine out of the state’s 11 employment sectors lost jobs last month.

The only two industries to experience employment increases were financial activities (up 1,100) and government (up 200).

“The number of jobs lost in October is certainly a disappointment,” DEED commissioner Shawntera Hardy said in a statement. “However, this is one snapshot in time. Overall, the state has still added more than 30,000 jobs this past year.”

Hiring activity, for the most part, has been sluggish since the start of summer. Around that same time, Minnesota lost the 1 percent lead it held over the national average when comparing unemployment rates—something the state has held since March 2009.

Almost all of Minnesota’s regional centers and the metro have reported year-over-year job gains in the past 12 months. Rochester led the pack with a 2.6 percent increase in the number of jobs created, followed by St. Cloud (up 1.8 percent), Minneapolis-St. Paul (up 1.4 percent), and Mankato (up 0.4 percent). The Duluth-Superior area is the only region to experience a drop (down 0.1 percent), according to DEED.