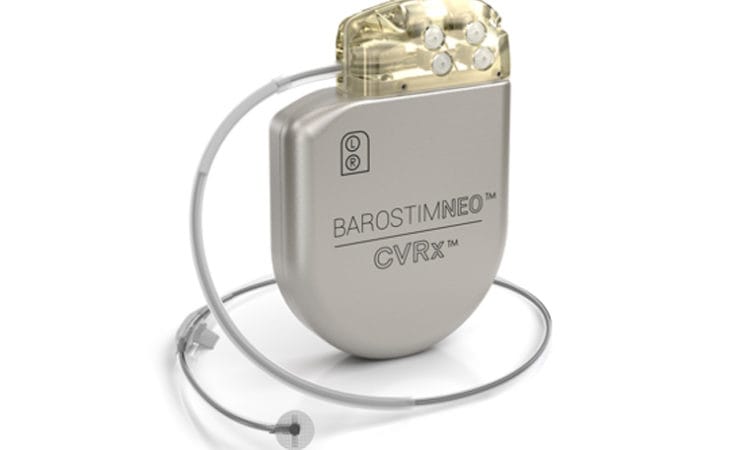 CVRx is issuing more shares at a higher price than previously disclosed. A previous filing with the U.S. Securities and Exchange Commission outlined plans to issue 6.25 million shares at a price no higher than $17 per share.

CVRx boosted its public offering up to 7 million shares at $18 per share. That would yield a gross of $126 million before deducting commissions and offering expenses, but before adding proceeds from additional shares that underwriters have options to acquire.

CVRx makes an implantable device that can reduce the symptoms of heart failure.

The company filed for its initial public offering (IPO) in early June.

Over the years CVRx, has raised a large amount of venture capital financing, likely more than any other Minnesota company except for Bright Health. According to Crunchbase, the company has raised $390.6 million in financing to date.

It has already been a long road for CVRx. Nadim Yared has served as president and CEO of the company since 2006. Yared’s resume includes stints at Medtronic and GE Medical. Per its filings, CVRx remains an “emerging growth company.”

Earlier filings reported that for 2020, CVRx posted $6.1 million in revenue and sustained a net loss of $14.1 million.