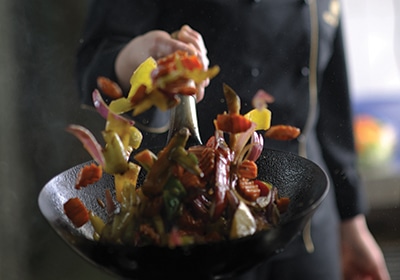 For Philip Dorwart, being a hired gun beats the risk of a restaurateur.
December 01, 2014

This time of year, the food-service industry is slammed with holiday events even as it’s bracing for the annual slowdown in January and February. But while restaurants dip into accumulated savings to get through the lean months, caterers are taking deposits for summer weddings. “With catering you have your product sold before you even make it,” says Create Catering executive chef and owner Philip Dorwart. “Whereas with a restaurant you do all this food prep and you do schedules and you buy all this stuff and then you sort of hope everybody shows up.”

Dorwart helmed the kitchen at the former Table of Contents and Tryg’s, among other restaurants, before founding Create in 2006 with wife, Desiree. With a focus on fully customized farm-to-table menus, Create works a rather rarified niche. “We do a lot of tasting menus, sort of high-end events, that can have really good margins,” says Dorwart.

While weddings are its biggest profit center, Create also caters a mix of corporate events and private social gatherings, both offsite and onsite at its Dining Studio in Northeast Minneapolis.

“Our biggest cost is definitely labor because just about every one of our chefs is culinary school-trained. So that brings a cost and a value for us,” says Dorwart. In the catering business, where there could be three events in one night and then nothing for five days, retaining talented staff is a challenge.

Though a caterer’s profit is built into its bid, building a name in catering takes time. Dorwart’s reputation as a chef did not translate to immediate acclaim. “By giving people a product better than what they were paying for, eventually we got to the point where we could charge what we were worth.” 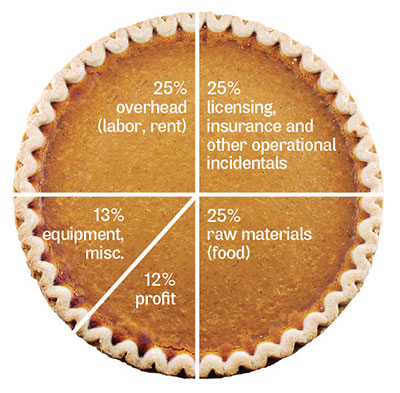 Create Catering By the Numbers