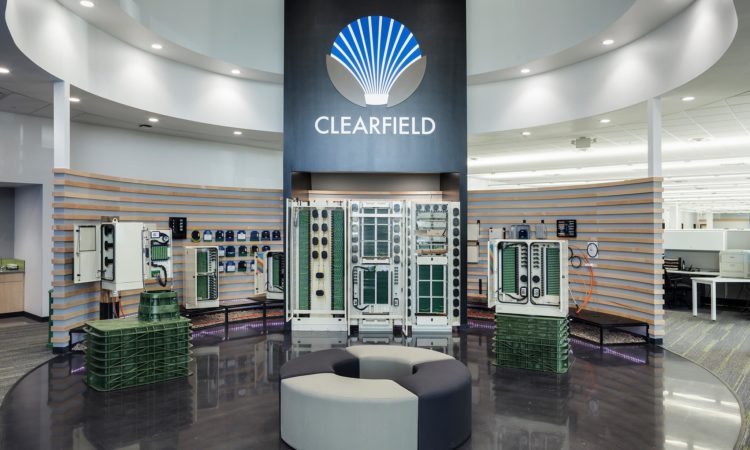 The acquisition looks to solidify the company’s supply chain operation by bringing optical fiber production to Clearfield's Mexico facility.
By Winter Keefer
May 18, 2022

Clearfield on Tuesday announced a definitive agreement to acquire Nestor for approximately $23 million.

The acquisition is aimed at solidifying the company’s supply chain operations within North America, said Clearfield president and CEO Cheri Beranek in a Wednesday interview. Since 2012, Nestor has supplied fiber optic cables for Clearfield’s FieldShield product line, a type of fiber used to bring broadband connectivity directly to homes and businesses at a reduced cost.

The logistics of bringing fiber from Finland to the U.S. have become quite difficult, the CEO and 2021 Minnesota Business Hall of Fame inductee, noted.

“The acquisition opportunity to take control of our own destiny was really, we found, quite strategic,” Beranek said.

Freight costs alone to send these cables from Nestor’s Finland production operation to the United States totaled more than half a million dollars last year, more than double what costs would have been in years prior to the supply chain shortages faced by nearly every industry.

With the acquisition, the company expects to open optical fiber production in its Mexico facility with production in North America beginning in early 2023.

“It will lean out our operation and allow us to get more product to our customers,” Beranek said.

While solidifying its supply chain is the first priority, the company also wants to help Nestor build out its operations in Europe.

“We do not have a sales operation outside of North America and we wanted to first focus on North America growth, but we think there’s an opportunity to work with Nester for some potential growth in both Finland and other European markets,” Beranek said.

The transaction is expected to close in a few months and will be funded through Clearfield’s credit facility. It is subject to Finnish regulatory approvals.

Clearfield has 270 employees across North America with about 150 based in Minnesota. Nestor currently operates two production facilities with around 100 employees. Upon close of the transaction, Nestor will be operated as a subsidiary of Clearfield and will continue to service its current customers located across more than 50 countries.