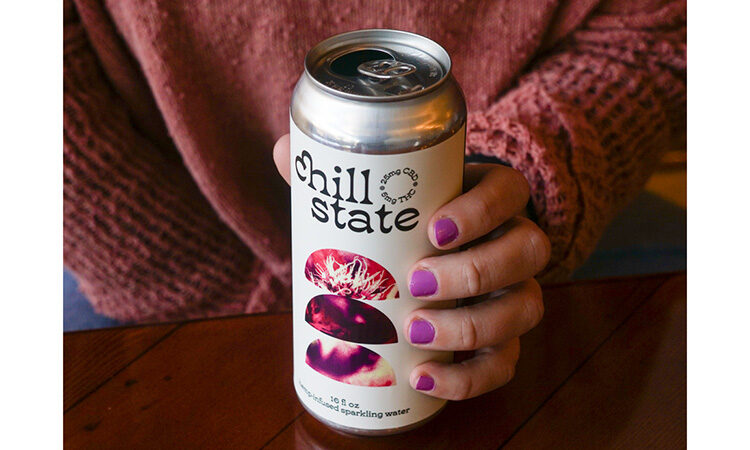 Since the state’s hemp-derived THC law change went into effect in July of last year, Minnesota has emerged as a leader in a relatively new branch of the beverage industry: “cannabeverages,” or drinks infused with THC. Breweries from across the state have tapped into the hemp-derived cannabis boom in the form of canned libations designed to take the edge off without booze.

Last week, the co-op announced the launch of Chill State Collective, which they bill as the state’s first cannabis beverage distribution center. Located inside Fair State’s existing facility in St. Paul, the collective offers co-packing, storing, distribution, and endorsement to assist other cannabis beverage brands. It has already partnered with brands including Happi, Plift, Bent Paddle, FIND WUNDER, and Offfield.

After a few tough years in the hospitality industry, cannabis beverages have become a lifeline for a lot of businesses, Fair State Cooperative co-founder and CEO Evan Sallee told TCB.

“A lot of breweries that were struggling through the pandemic found a new way to get people excited about their products, a new markets to reach,” he said. “It’s really important while we’re trying to support our state’s independent, small breweries that we try to maintain this market. It’s an opportunity for Minnesota to really be a leader nationwide.”

The center is based in Fair State’s 42,000-square-foot production facility, which has also been their main brew space since 2017.

Over the last six months, Chill State has already begun making cannabis drinks. The equipment is ready to go, and staffers know how to operate it, Sallee said.

“We had some solid success early on and saw what this site could be, so we just leaned into it and decided to bring in some new partners and really find a way to make products for them,” he said. “It’s not just distributions, it’s also manufacturing and sometimes helping them get the product to market.”

This operation could hinge on what happens at the state Legislature, however. Lawmakers will consider a new recreational marijuana bill this session that loops in regulation around hemp-derived THC. The currently proposed bill is 250 pages long and will likely be subject to quite a few changes. But, if passed as currently written, the bill would require manufacturers of cannabis products to be dedicated to cannabis. It also would no longer permit THC beverage consumption in taprooms.

“From our perspective, what the current status quo does and what I think the bill could do better and more clearly, is really just maintain broad, open availability for selling these products,” Sallee said.

Rob Shellman, Chill State Collective principal and program director, said the main challenge so far in the cannabeverage space has been navigating the “green rush” to Minnesota.

“This segment is one of the fastest-growing segments in the beverage sector,” he said. “I think especially with the NA trend that’s happening across the board, you’re starting to see a bit of a shift from alcohol into the NA sector. Cannabis beverage lies in that segment.”

He notes there’s still quite a bit of stigma around cannabis products, but he believes creating a structure around responsible cannabis consumption would secure Minnesota as a leader in this space. Education is a key component of the effort. That’s why Fair State wants to normalize cannabis drinks in its space.

“Our ability to get out there and educate is paramount,” he said.