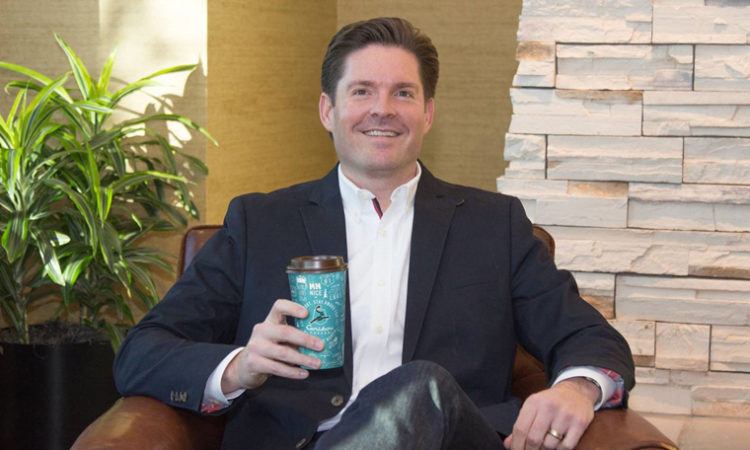 Butcher replaces Sarah Spiegel, who stepped down from the Brooklyn Center-based coffee chain after less than a year and a half on the job.
By Sam Schaust
January 18, 2019

Caribou Coffee has elevated its president, John Butcher, to the role of CEO and president, the Brooklyn Center-based coffee chain announced Thursday.

He replaces Sarah Spiegel, who stepped down from Caribou Coffee last fall due to personal reasons, according to a company spokesperson.

Butcher was hired to be Caribou Coffee’s president in June 2017. He joined the company roughly a month before Spiegel’s promotion.

“I am humbled and honored to lead such an iconic Midwestern brand,” says Butcher.

Prior to Caribou Coffee, Butcher spent two decades at Target working primarily in merchandising and marketing leadership roles. His tenure at the retailer included roles overseeing its beauty and dermatology departments, as well as a merchandising role for Target Canada Co.

Alongside Spiegel, Butcher had been behind a push for new products at Caribou Coffee stores such as nitrogen-infused coffees that offer a smoother, creamier mouth-feel. Caribou Coffee, which was the first national chain to introduce nitro coffee on its menu, has been slowly expanding the drink’s availability.

Additionally, on the back of a larger marketing push, the company under Butcher and Spiegel’s leadership had been planning to add 25 new stores a year with an emphasis on its Upper Midwest footprint.

While Caribou Coffee’s operations remain local, its ownership is based in Luxembourg. Food and drink conglomerate JAB Holding Co. paid $340 million in 2012 to acquire the brand. Five years later, JAB scooped up the parent company of Einstein Bros. Bagels for $374 million. Since then, Einstein bagel stores have been serving Caribou Coffee blends and the two have even combined into shared stores.

Caribou Coffee’s board is hoping Butcher can keep the momentum rising as he takes over. “Since John joined our company, we’ve witnessed an increased focus on Caribou’s people and culture, resulting in quarter-after-quarter performance gains and the highest guest satisfaction ratings we’ve ever seen at Caribou,” says Mike Tattersfield, chairman of the Coffee and Bagel Brands company that oversees Caribou Coffee and Einstein Bros. Bagels.

Caribou Coffee currently ranks as the second largest company-operated premium coffee chain in the U.S. with over 300 company-owned locations. Internationally, the chain has more than 270 franchise stores in 11 countries.