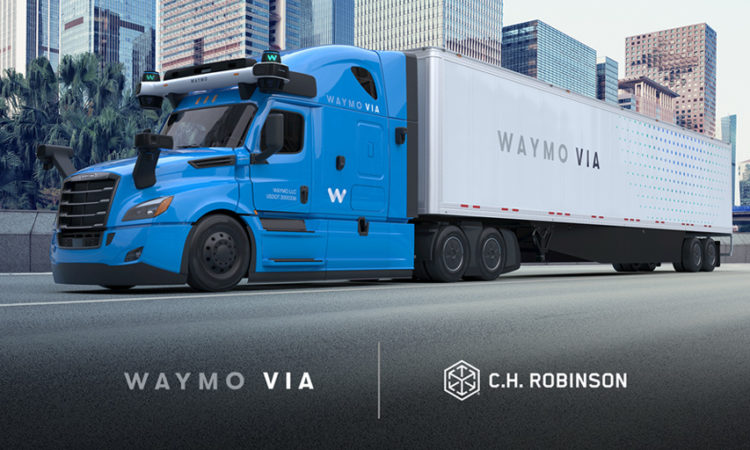 The Eden Prairie-based transportation company is partnering with Waymo Via on an autonomous trucking project in Texas.
By Josh McGovern
February 17, 2022

In a news release, the companies said the venture could help alleviate truck driver shortages. As part of a “long-term strategic partnership,” Waymo Via’s automated trucks will carry C.H. Robinson freight in a series of tests between Dallas and Houston. “This will provide much-needed capacity, help improve the carrier and driver experience and address the business challenges posed by long-term driver shortages,” company officials said in the release.

Waymo’s experience with automated vehicles caught the attention of C.H. Robinson. The company, which is a subsidiary of Google parent company Alphabet Inc., says its automated vehicles have traveled tens of millions of miles on public roads.

“They have a proven fully autonomous product operating today on city streets,” said C.H. Robinson chief commercial officer Chris O’Brien. “And we have great confidence in their development team.”

Might we see Waymo’s self-driving trucks in Minnesota in the near future? Perhaps. It depends on numerous factors, including the freight type and density along shipping lanes in the state, O’Brien said. “Shipping freight involves much more than just driving,” he said.

C.H. Robinson possesses data from 3 million shipping lanes. Waymo Via plans to use that data to coordinate more efficient and economically viable autonomous shipping paths. “Every inch of a shipping lane has to be painstakingly mapped before an autonomous truck can operate there: every ramp, every curve, every speed limit, every sign,” O’Brien said.

Waymo Via says it carries out rigorous simulations and closed-course testing before its vehicles roll onto public roads. Millions of miles are tested with the aid of autonomous specialists to ensure road safety. “All of our vehicles are equipped with a secondary computer that can take over in the event of a main computer failure, bringing the vehicle to a safe stop (i.e. a minimal risk condition),” said Waymo Via spokeswoman Julianne McGoldrick.