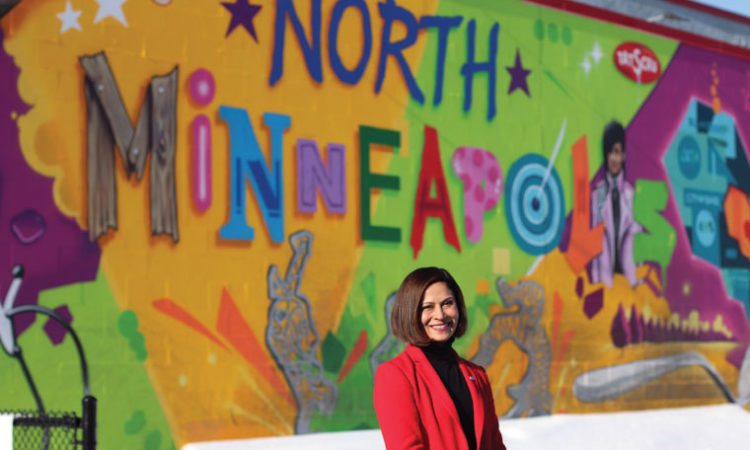 Minnesota banks are targeting grants for housing, job training, financial literacy, and other pressing needs to make a difference in communities.
By Liz Fedor
February 03, 2020

In the summer of 2019, Laurie Nordquist was in St. Paul’s Phalen neighborhood when she saw firsthand what it means to move into a Habitat for Humanity home.

Nordquist, Wells Fargo Minnesota CEO, was there to celebrate the bank’s 25-year partnership with Habitat for Humanity. The home dedication was for a husband and wife and their teenage son.

“English was definitely their second language,” Nordquist says. “It just touched your heart,” she adds, recalling how the son shared what it means “ ‘to know that I can get off the bus and that I am going to my home.’ ’’

The experience translated into a vivid memory for Nordquist. “It was just the sheer emotion that they really displayed on having a home,” Nordquist says. “We probably had 50 people there in our red Wells Fargo volunteer shirts. It was just such a moment of pride to say, ‘Wow, we’ve been part of this in terms of helping people.’ ’’

In 2018, Wells Fargo made 505 grants worth $14 million to Minnesota nonprofits, schools and community organizations. Twin Cities Business took a look at charitable giving among large, midsize, and small banks in Minnesota.

Nordquist, who also serves as Wells Fargo’s lead region president in the Upper Midwest, talked about how her bank approaches philanthropy during an interview on the bank’s campus in St. Louis Park.

Housing affordability is among three major funding priorities for Wells Fargo on the national and state level. She notes that Wells Fargo is examining “everything from the issues we have with homelessness to how much does it cost to rent to can people actually own a home.”

Nordquist, who serves on the board of Twin Cities Habitat for Humanity, says it’s important to not simply think of homelessness as an abstract issue. “We have kids and families that don’t have a place to sleep,” she says. “These could be our neighbors. These could be someone we grew up with.” 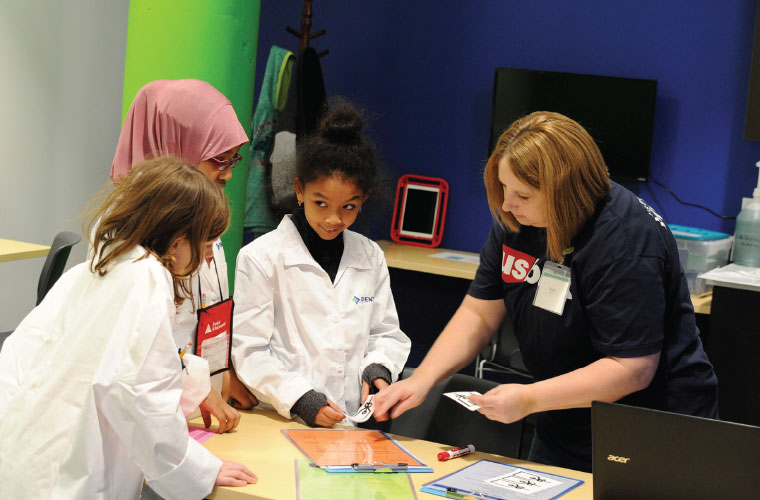 Her commitment to giving was forged in Elbow Lake, a small town in west-central Minnesota where she grew up. Before Nordquist got into banking, she earned a social work degree at St. Olaf, and says she adheres to the values she embraced as a young woman in her 20s.

“If you grow up in a small town, you know how important community is,” Nordquist says. “You can still have that perspective even in a big city. Knowing that people have each other’s backs and care about their well-being is what makes this country and this state so good.”

Dozens of high schools in Minnesota received financial literacy grants. “It starts with kids in school,” Nordquist says, “helping kids understand what’s a budget, how do we put things together.” Among the nonprofit grantees aligned with this funding priority were Junior Achievement of the Upper Midwest and BestPrep, which was founded in 1976. Wells Fargo employees also volunteered to serve as online mentors for students learning about financial literacy.

In Minnesota, Wells Fargo has been supporting workforce development efforts, such as through Achieve Minneapolis and Goodwill Industries.

While social and economic challenges are vast across the nation and Minnesota, Nordquist says that Wells Fargo has chosen to narrow its grantmaking to three or four funding priorities to maximize its impact. “We are not going to have a spread-the-peanut-butter approach with lots of different causes,” Nordquist says. 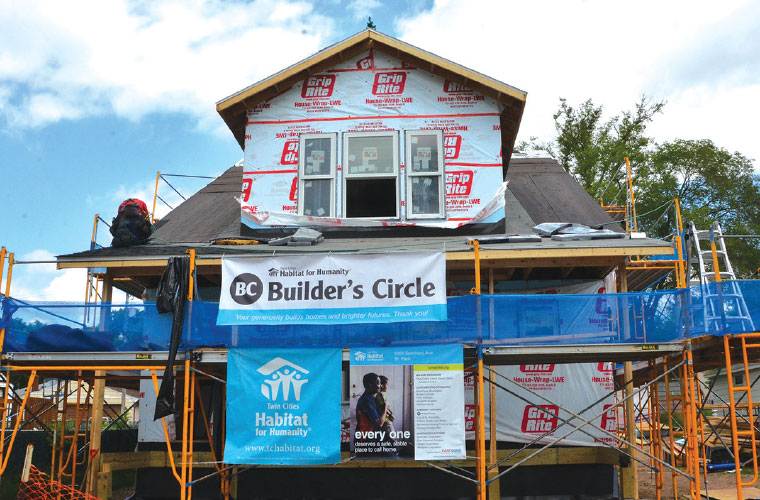 At U.S. Bank, Reba Dominski says her financial institution makes grants that fall under the three pillars of work, home, and play. Dominski, president of the U.S. Bank Foundation, says her organization has identified key areas “within each of the pillars that really allow us to make thoughtful, strategic, and focused grants that are consistent across the country.”

Dominski, who also serves as the bank’s chief social responsibility officer, says U.S. Bank’s giving strategy is called Community Possible. The initiatives that fall under the Community Possible umbrella are designed to make the lives of individuals better and to strengthen the neighborhoods they live in.

In November, U.S. Bank announced a $500,000 commitment to Twin Cities Habitat for Humanity. In many cases, people’s wages have not kept pace with increased housing costs in the Twin Cities metro area. “We want to make sure they have safe and affordable housing to live in,” Dominski says, so U.S. Bank has put a premium on supporting affordable housing.

Under the work pillar, two Twin Cities-based organizations that received large grants in 2019 were the Wilder Foundation and the Center for Economic Inclusion. “The focus on work is financial literacy, it is small business development, it is college and career readiness,” Dominski says.

“Think about the talent that we need in America to fuel these companies going forward,” says Dominski, who had a 21-year career at Target before joining U.S. Bank about five years ago. Consequently, she says, some of the grant investments around work are “making sure that we have a diverse and well-educated workforce.”

Play is a funding priority that surprises some people, Dominski says, but explains it’s also critical to developing well-rounded people. “We recognize that play is incredibly important to building character in kids, problem solving, bringing together diverse communities, innovation, and creativity,” she says.

In 2018, U.S. Bank’s foundation and corporate contributions totaled about $8 million in Minnesota.

U.S. Bank was among the beneficiaries of the federal tax bill signed into law in 2017. As a result of the changes, Dominski says, “U.S. Bank made a $150 million investment in the U.S. Bank Foundation, which has allowed us to make larger, more impactful grants.” In the Twin Cities, she says, some of the money was used to address issues of equity.

On a recent weekday, Dominski visited Juxtaposition Arts in Minneapolis, which received a special grant. Dominski, who bought a T-shirt during her stop at Juxtaposition, says the nonprofit appeals to her foundation because of its “focus on urban youth artists and creating a creative workforce.” The U.S. Bank grant was used to fund a skate and art space outside the Juxtaposition Arts building.

Kate Kelly, regional president of PNC Bank, was a panelist in November for a Twin Cities Business event that focused on corporate giving. During the discussion, Kelly talked about the need for business leaders to also play important roles as civic and philanthropic leaders in addressing key social and economic problems.

Kelly is a longtime member and current chair of the board of ServeMinnesota, which is the state’s administrator for AmeriCorps. To solve some of society’s most vexing problems, Kelly says, there’s a need to have “that three-legged stool—it’s individuals, it’s corporations, it’s government.”

Beyond the satisfaction of leading a successful banking business, Kelly says, there are tremendous rewards for “really moving the needle” on initiatives that better the community and people’s quality of life.

Part of PNC’s commitment to service is a policy that allows employees to get paid for up to 40 hours of volunteerism a year. “People are very thoughtful and deliberate” in how they choose to spend those hours, Kelly says, and often they will volunteer with co-workers and the experience turns into “a great team building” event.

For 15 years, PNC has funded a signature program called Grow Up Great, which targets early education for children from birth to age 5. The funding strategy is designed to “help children get off on the best foot in life and in their education,” Kelly says.

“One of the key focuses for us right now is early math,” she says. If a positive intervention is done early, she says, “especially in underserved areas, in our early pilots, we are seeing that we can almost catch them up to suburban kids in 12 months.” 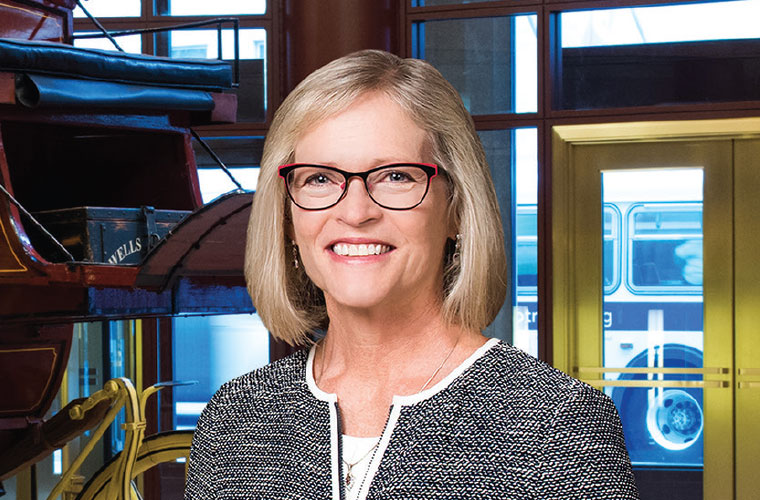 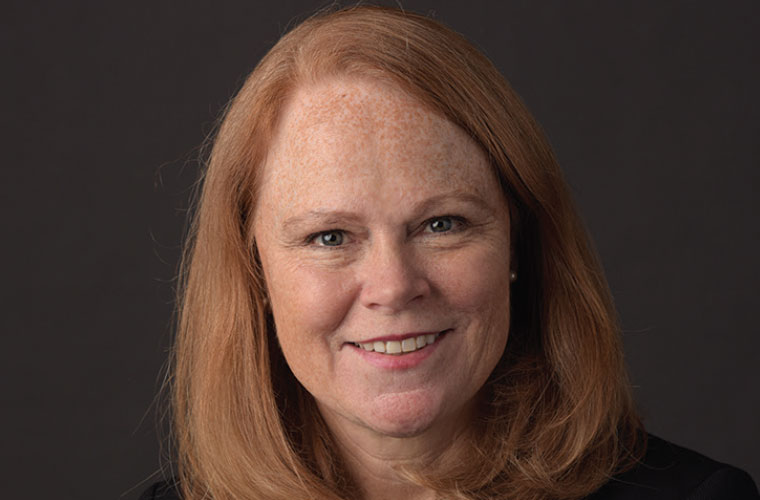 In the financial services sector, Sunrise Banks has a strong reputation for its community engagement. It is a certified B corporation, which means it exists to serve the interests of multiple community stakeholders.

Through its corporate philanthropy, Sunrise Banks has three overarching priorities that address challenges in the core cities of Minneapolis and St. Paul, where the bank has offices. Those are: providing affordable housing and/or shelter; narrowing the achievement gap; and increasing diversity and inclusion.

The Reiling family has owned Sunrise Banks since 1986. David Reiling, bank CEO, was named in March to serve on the board of the Global Alliance for Banking on Values. The alliance is comprised of more than 50 financial institutions from around the world.

Reiling, whose bank has the credo “a social engine for good,” clearly is interested in more than a profitable bank. At the time of his selection to the global alliance board, he said he admired the organization’s “commitment to creating a more equitable and sustainable financial system.”

Norman Skalicky is well-known in banking circles in Minnesota and serves as the chairman of Stearns Financial Services, Inc. Skalicky bought a majority ownership in Stearns County State Bank in Albany, a small town in central Minnesota, in 1964. At the time, the bank’s total assets were $3.5 million.

By 2018, the assets for Stearns Bank had grown to $2.2 billion. In its 2018 annual report, Stearns Bank reported that the bank and the Norman C. Skalicky Foundation had made major donations to more than 50 organizations in Minnesota, Florida, and Arizona.

Skalicky’s dedication to Minnesota residents was evident in February 2019 when his foundation’s huge funding commitment to one nonprofit was unveiled to the public. The Boys & Girls Clubs of Central Minnesota announced that the Norman C. Skalicky Foundation had made a $5 million gift to launch the nonprofit’s Great Futures Endowment Campaign.

Knowing that people have each other’s backs and care about their well-being is what makes this country and this state so good.
—Laurie Nordquist, Wells Fargo

The large gift came with a challenge, meaning the nonprofit needed to raise $2.5 million in planned gifts or cash to access the full $5 million. The Skalicky gift was the largest the organization had received in its 44-year history.

“At Stearns Bank, we find needs and fill them,” Skalicky said in a statement, adding that his foundation’s gift was meant to “secure great futures for our community’s children for generations to come.”

Bell Bank, a privately-held bank with its headquarters in Fargo, entered the Twin Cities market in 2011.

Every year, Bell Bank employees receive 16 hours of paid volunteer time. As part of its giving program, the bank asks its employees to designate charities and nonprofits for donations under its Pay It Forward initiative.

MidCountry Bank also offers its employees 16 hours of paid volunteer time. In 2018, MidCountry donated about $200,000 to 34 organizations across the state of Minnesota.

Service on nonprofit boards is a priority for MidCountry Bank, and its employees have served on boards that include the YMCA, Angel Foundation, and Immigration Law Center of Minnesota.

The bank offers free homeownership educational seminars, which is one way it addresses the affordable housing issue. Sixty-one percent of MidCountry Mortgage’s loan originations in 2018 were to first-time homeowners.

Village Bank has a novel twist on raising money for charitable contributions. Employees donate $5 out of every paycheck, so they can wear denim on casual Fridays. Those dollars are then donated to charities selected by the employees.

Achieve Services, which serves adults with developmental disabilities, has received financial support from Village Bank, including $16,700 in 2018. Among the other charities supported by Village Bank were Feed My Starving Children, Big Brothers Big Sisters of the Twin Cities, and HOPE 4 Youth.

Since 2013, Bank of America has been making large grants in the Twin Cities to nonprofits who are having an extraordinary impact. In 2019, Juxtaposition Arts and Project for Pride in Living each received $200,000 grants from Bank of America’s Neighborhood Builders program.

Organizations that received those Bank of America grants were Habitat for Humanity, College Possible, and Second Harvest Heartland.

Liz Fedor is the Trending editor of TCB and has served as a program officer for two Minnesota-based foundations.