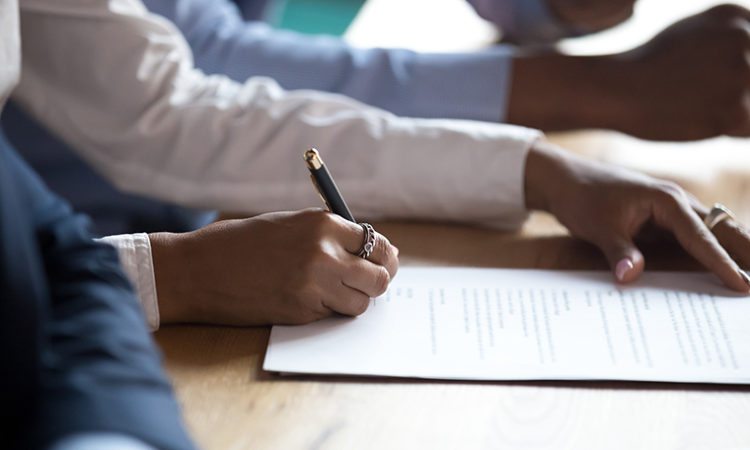 Is Minnesota getting ready to restrict their applicability?
By Liz Fedor
February 01, 2020

People don’t need to be economists to recognize that employees have more power to secure higher-paying jobs during a workforce shortage. But the widespread use of non-compete agreements is preventing many Minnesota workers from moving to better positions with new employers.

Employment law attorneys say there’s been a major increase in use of non-compete agreements, and they argue it’s simply wrong to prevent many categories of workers, such as fast-food employees, from switching employers. “I’m not interested in hearing about the proprietary nature of how an employee puts the cheese on the lettuce,” quips Steven Andrew Smith, an attorney with Nichols Kaster who has represented employees for 24 years.

“It is in the interest of an employer to keep an employee who will not have any option except to work for this employer,” says Avner Ben-Ner, a professor in the department of work and organizations at the University of Minnesota’s Carlson School of Management. But “it is in the interest of the employer to have a mobile labor workforce in general, so they can get the employees they need.”

When companies need to hire workers, it’s a major complication when they are covered by non-compete agreements. V. John Ella, an attorney with Trepanier MacGillis Battina, says the overuse of non-compete agreements has spawned an “incipient reform movement.” Minnesota lacks a statute on non-competes, but Ella says the state Legislature could tackle non-compete legislation this session. California, for one, has largely outlawed them.

Minnesota Attorney General Keith Ellison, along with 18 other attorneys general, urged the Federal Trade Commission in November to use its power to “classify abusive worker non-compete clauses as an unfair method of competition.” Bipartisan legislation was introduced in the U.S. Senate in October that aims to reduce the use of non-competes, which now affect about 20 percent of American workers.

Ella and Smith predict that the quickest reform may be to exempt low-income workers from non-competes. They also note that it makes more sense to use non-disclosure agreements to protect intellectual property and financial data, instead of requiring a broad swath of employees to sign non-compete agreements. “There are better ways to protect information than putting somebody who was a mid-level sales manager on the shelf for two years,” Smith says.