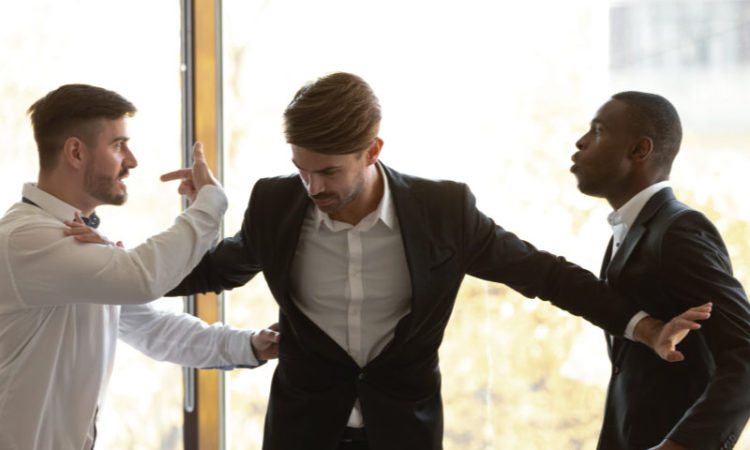 Blowing the Whistle on Workplace Violence

Why 2 million Americans need protection from their co-workers.
By Linda L. Holstein
August 16, 2021 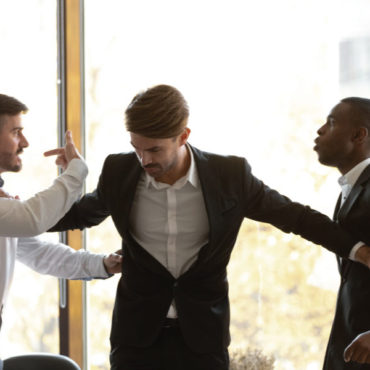 David Maltese, a 30-year employee of the New York Giants football team, had an enormous job before he was fired on March 15. He was the video director for the team, responsible for “shooting and editing all Giants games and practices, managing all digital media for internal football operations,” and even, according to his LinkedIn page, “helping to develop, along with the NFL league office, the Still Shot viewing system using Microsoft tablets currently used by coaches and players on game day.”

Thanks to YouTube, one can watch Maltese delivering a speech at his undergrad alma mater, William Paterson University, in New Jersey in 2018. Maltese is a big, burly guy who appears quite humble and jokes about his student disc jockey “voice” while attending college back in the 1980s.

His size and friendly manner did not, it would seem, give him much protection within the Giants’ operation. Nor did his long list of accomplishments and demonstrated expertise. Maltese filed a lawsuit in Bergen County (New Jersey) Superior Court in May, claiming he had been fired in retaliation for reporting workplace violence by his office supervisor, Tyseer Siam, who allegedly attacked one of Maltese’s video department subordinates, Steven Venditti.

The physical altercation that Maltese witnessed and complained about happened back in September, but the Giants waited until the end of the season—after its own internal investigation—to fire Maltese without giving a reason, according to the complaint.

Maltese sued the Giants, as well as William Heller, the team’s general counsel. Maltese had complained directly to Heller about the violence and had sent Heller an email to express his fear about he and Venditti having to sit “in close proximity” to Siam on an upcoming team flight to Chicago for a Giants-Bears game in September 2020.

Attorney Heller, very much wishing that Maltese had not sent the email, accused the plaintiff of “writing for the record” and “trying to set us [the Giants] up.” Maltese also reported his concerns to the Giants’ director of football operations, the assistant general manager, and the vice president of human resources.

Shortly after hearing Maltese’s initial complaint, the Giants removed Siam from supervising Maltese and his two subordinates. But management did not appear to mete out any other punishment. Meanwhile, Heller met with Maltese at least three more times. Siam was present at one of the meetings, with Heller emphasizing, according to the complaint, that the issue of Siam’s alleged violence “must not leave the room.”

Even though Maltese had reminded Heller of an incident in 2004 in which then-assistant coach Dave DeGuglielmo had shoved Maltese, driving him into a table while screaming “I am going to kill you,” Heller kept warning Maltese that he “still needed to do his job” as video director. (The incident was witnessed by three Giants players and the defensive line coach.)

The desperation Heller clearly felt about the whole situation culminated in his statement to Maltese that this was all confidential. If Maltese talked to anyone outside the Giants’ orbit, the complaint alleges, Heller said, in the presence of the vice president of human resources, “I will personally go into your office and strangle you until you can no longer breathe, OK? OK?”

Maltese’s complaint, for which he seeks a jury trial in Bergen County—home to MetLife Stadium, where the Giants play—is based on New Jersey’s Conscientious Employee Protection Act (CEPA). The statute protects whistleblowers, as Maltese claims to be, for reporting workplace conduct the employee reasonably believes to be in violation of a law.

Of course, assault and battery is illegal. Maltese’s firing, if retaliatory, would constitute an actionable statutory violation if the facts are as he says.

Workplace violence is vastly underreported, according to OSHA and the American Journal of Industrial Medicine. One reason cited for the problem is that many employees and employers do not understand how violence at work is defined. It’s not only the errant or disgruntled employee who takes a firearm to work, although there clearly are too many of those. (The National Safety Council reported 454 workplace fatalities in 2019.) OSHA’s definition on the agency’s website is more accurate: “Workplace violence is any act or threat of physical violence, harassment, intimidation, or other threatening disruptive behavior that occurs at the work site. It ranges from threats and verbal abuse to physical assaults and even homicide.”

What is noteworthy about the claims David Maltese makes in his whistleblower lawsuit, where he describes a professional football team front office as “promoting a culture of violence,” is the very nature of the profession he was in: filming violent physical contact, aka pro football.

Yet the breathtaking nature of what he claims to have experienced, and what was allegedly said to him by a panicked, legally trained executive, aptly illustrates the retrograde attitudes of some employers.

Some 2 million Americans are victims of workplace violence, according to OSHA. An outsize percentage of health care employees suffer violence, as do phone and cable TV installers, mail carriers, and gas and water utility employees, all of whom are at risk because they have “extensive contact with the public.” The Giants’ saga and their general counsel’s dilemma nonetheless demonstrate that plenty of “private” risk exists for employees as well.

2021 Best of Business
Factory Recovery
Bankers' Hours at the Mall
Next Stop TikTok?
See all stories by this author >