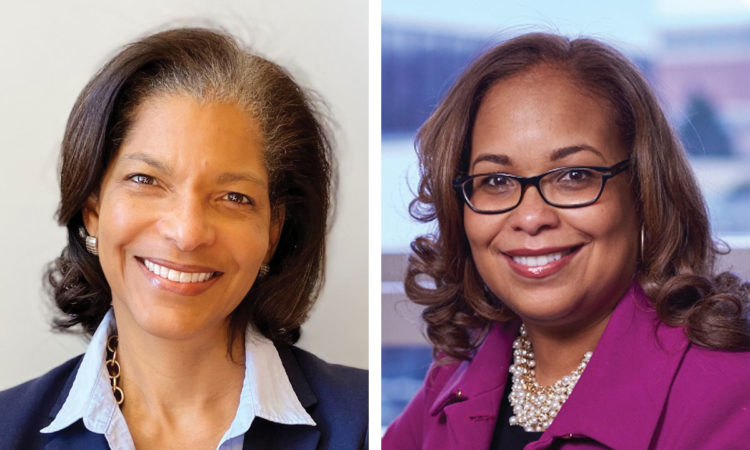 'No BIPOC candidates' is no excuse. Just ask Minnesota's Women Corporate Directors, who are pooling their expertise to get more women of color ready for board service.
By Allison Kaplan
August 17, 2021

Kelly Baker is one of the more impressive executives I’ve had the pleasure of meeting in the past year. She’s served in executive roles at General Mills and Pentair and recently joined Thrivent as chief human resources officer.

But unlike many of her Fortune 500 peers, she’d never been asked to serve on a corporate board—until this year. Baker recently joined the board of Ferguson, a $20 billion British plumbing/heating products distributor (traded on the London and New York stock exchanges). She’s the only person of color on the board.

She landed the seat shortly after participating in the Pipeline Initiative, a program launched last fall by Women Corporate Directors’ Minnesota chapter with the goal of making boards more diverse and helping women of color make a greater impact in business.

The Pipeline Initiative is the perfect example of what happens when a group of highly accomplished, type A professional women get to talking about what’s painfully clear in boardrooms and at their own WCD meetings: The vast majority of women there are white.

For too long, “women”—all women—have been lumped together to check the “diverse” box in corporate boardrooms. But while white women have made significant strides, BIPOC women continue to lag behind. Women hold 24.8 percent of the seats on public company boards in Minnesota, but according to the 2020 Census of Women in Corporate Leadership from St. Catherine University (published in TCB’s April/May issue), less than 4 percent are BIPOC women. That’s even lower than the national average of 6 percent, according to a recent study by the Alliance for Board Diversity and Deloitte. Of those “diverse” board directors, 36 percent sat on multiple Fortune 500 boards—suggesting that once you’re in, you’re in, and not enough companies go looking beyond.

I spoke about the stats with Kim Nelson, the mother of all mentors. She retired in 2017 as president of the General Mills Foundation and senior vice president of external relations. Throughout much of her career at General Mills, Nelson was the highest-ranking Black woman executive and a tireless champion of “making organizations better for people who look like me.” She now serves as a board director for Colgate-Palmolive, Cummins Inc., and Tate & Lyle. Getting there took, well, her entire career. While balancing work and family, she served on the boards of numerous nonprofits and professional organizations including Black Champions Network, Northside Achievement Zone, and the African American Leadership Council. “I always felt I had an obligation—joyously embraced—to give back to the community,” Nelson says. “This is a burden I think many successful people of color share. There are so few of us; we often feel a responsibility to leverage our skills and training on behalf of the community.” So Nelson put off corporate board service—a pattern that she says causes many women to miss out on influential, sometimes lucrative director roles in the prime of their career.

Nelson and fellow WCD members, including Anne Sempowski Ward, one of our 2021 Outstanding Directors, and past ODA honorees Barbara Butts Williams and Kathy Roedel, decided to take action. They assembled a cohort of 28 BIPOC women in senior management roles and offered tactical seminars to get “board ready.” Next, they put the word out to businesses and board placement firms about these capable candidates. In seven months, the Pipeline Initiative accomplished what many businesses still claim is impossible to achieve. Five of the women have already accepted director roles. Ward will travel to Colorado this month to share the Pipeline Initiative model with Denver’s WCD chapter. Others will follow.

“Being a sitting executive that interacts with the board, I’ve seen how impactful board members can be in shaping thinking and influencing positive outcomes,” Baker says. But this space [of corporate boards] is so connected to who you know.”

This is a moment of reflection and reckoning for a lot of companies. But these opportunities come with some understandable hesitation for BIPOC professionals. Says Baker, “You don’t want to be ‘the Black person.’ ”

Baker asked Ferguson’s management why they selected her. They talked about their need for an HR perspective. “So I’m OK being the only person of color on their board right now. I’m not OK with it being this way forever,” Baker says. “We have to be at the table in order to bring more of us in.”