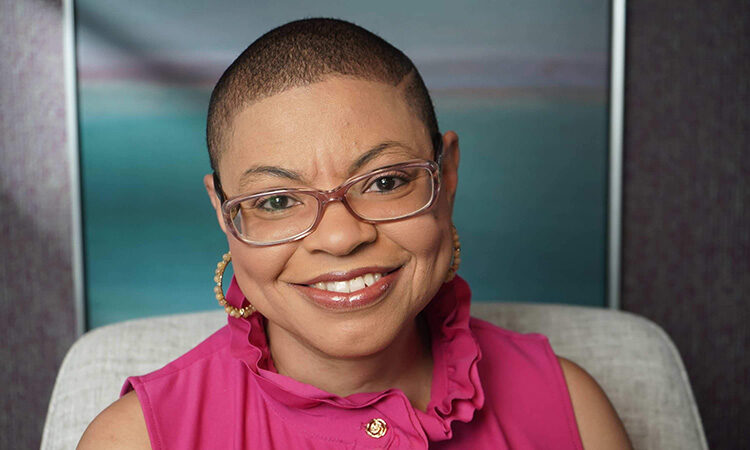 “We’re leading with light and love, but this is about business,” says broadcaster Sheletta Brundidge. “We don’t have to apologize.”

Sheletta Brundidge is on a mission to ensure Minnesota legislators hear the voices of Black business owners.
By Winter Keefer
January 20, 2023

Legislators are working with a $17.6 billion surplus this session, and businesswoman, podcaster, and media personality Sheletta Brundidge is on a mission to make sure Black business owners are not sidelined by their lawmakers.

That’s why she’s organizing a Black Entrepreneurs Day at the state Capitol, scheduled for Friday, Feb. 3. Presented by her production company ShelettaMakesMeLaugh.com and sponsored by Comcast, the event is aimed at connecting Black business owners with their representatives. Any Minnesota-based Black-owned business can register online to be part of the day.

Participants will gather in the state Capitol’s rotunda at 10:30 a.m. Speakers include Brundidge, Gov. Tim Walz, Lt. Gov. Peggy Flanagan, and Minnesota Department of Employment and Economic Development commissioner Steve Grove. Owner of Arubah Emotional Health Anissa Keyes will also tell her story. Keyes is working to rehab a building in North Minneapolis so small businesses can have a brick-and-mortar office at a low cost. Dana Smith, whose business MinnyRow Market in Hopkins closed in 2022, will also speak at the event.

From 11 a.m. to noon, Brundidge – who says she has reached out to every legislator, Republican and Democrat – will assign legislators to speak with business owners who register.

“Each business owner is going to be assigned at least two legislators to go meet with,” she said. They’ll also get cards with names to identify their legislators and their offices.

From noon to 1 p.m., those registered will have lunch with those legislators.

“We’re leading with light and love, but this is about business,” Brundidge said. “We don’t have to apologize.”

If there’s a hearing about legislation impacting businesses, Brundidge said Black business owners should be asked to speak. She noted these business owners don’t have a lobbyist to represent them, saying it’s not enough to simply call a representative.

“The struggles of a Black business owner are unique,” she said. “We’re not asking for a handout. We’re not asking anyone to give us anything. But, if there is something available, we should know about it ahead of time, just like everybody else.”

This isn’t the first time Brundidge has identified a lack of representation and jumped straight to action. Last year, Brundidge called out Target and other large companies for making equity commitments but not investing in local Black media. Months later, Target signed on as an advertiser for her podcast network.

She says she’s even been called “the pop-up problem solver” before. And this next project is no different.

“I’m gonna be in there with the Black business owners and the politicians, Republicans and Democrats, because I’m one of the only few people in this town who can bring these people together to resolve the problem,” she said.

Moving forward, Brundidge said she is working with Brian McDaniel with Hylden Advocacy & Law to find a long-term way to keep Black-owned businesses up to date on what’s happening at the Capitol.

McDaniel said Brundidge has a voice and influence that can really make waves while connecting Black-owned businesses to the legislators.

“With so many new elected officials of color, there is an audience at the Capitol with a completely different point of view than five or 10 years ago,” he said. “Now is a fantastic time for a group like this to really exercise its muscle.”