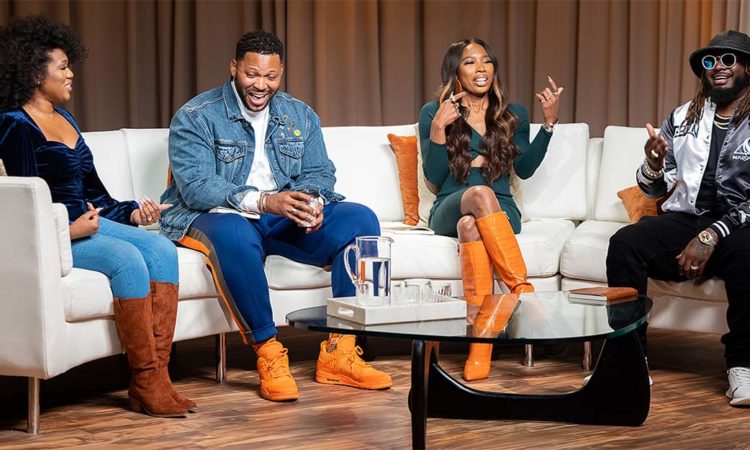 Amid public questions about Target’s promise to invest in Black-owned media companies, the retailer outlined its progress and 2022 plans.
By Allison Kaplan & Dan Niepow
December 15, 2021

Target Corp. on Wednesday announced that it’s partnering with a Black-led media company to create a new pitch competition series for Black entrepreneurs.

Bet on Black is a Shark Tank-meets-Project Runway style show that will feature a dozen Black-owned startups in a range of industries including entertainment, technology, and beauty. Each will receive at least $5,000 with up to $20,000 for the top three contestants and an additional $200,000 for the grand prize winner—a total of $500,000 in funding overall that does not include an equity stake so the companies retain ownership and control. Four finalists will also get one-on-one meetings with Target execs for additional mentorship and advice. The competing founders will be coached by Pernell Cezar, founder of BLK & Bold and a strategic advisor to Target’s Forward Founders business accelerator program. Judges for Bet on Black include music artist T-Pain, costume designer Zerina Akers, and radio personality/record producer DJ Envy.

The series launches Jan. 10 online and on Revolt, a Black-owned cable TV network and digital media platform that Target partnered with to create the show.

Target senior vice president of marketing Maurice Cooper said the show and partnership with Revolt are examples of how the company is expanding its commitment to diverse media organizations. Following the murder of George Floyd, Target made several equity-driven commitments, including a promise to invest at least 5 percent of its annual media budget with Black-owned media companies starting in 2022. The retailer also pledged to spend $2 billion with Black-owned suppliers by 2025.

In 2021, Cooper said, Target invested four times more with Black-owned media than last year and doubled its Black-owned media partners. The company did not provide more specifics, other than to say Bet on Black is a “multimillion dollar investment.”

“While there’s still work to be done, we’ve truly put our foot on the gas to take substantial steps toward our goal,” Cooper said in a statement.

But not everyone is cheering. “They completely missed the ball,” said Twin Cities-based broadcaster Sheletta Brundidge, founder of the podcast network SHElettaMakesMeLaugh, which provides a platform for Black voices. “This is not how you support Black companies and Black media. They’re still talking about what they’re going to do and not doing it.”

To her nearly 6,000 Twitter followers on Wednesday, Brundidge tweeted “Instead of spending 5% of their ad budget on Black media like they pledged after George Floyd died, they want us on a reality show competing for cash like those teachers at the South Dakota hockey game.” She was referring to the recent “dash for cash” viral video that was widely criticized on social media for making teachers scramble on the ground for money.

It’s not the first time Brundidge has spoken out and demanded that Target and other large corporations be held accountable for their commitments to Black-owned businesses, particularly those in their own hometowns. In November, she participated in a panel discussion on the topic presented by the St. Paul-based Center for Economic Inclusion and led by its founder/CEO Tawanna Black (TCB‘s 2021 Person of the Year). Panelists included Sahan Journal executive director Mukhtar Ibrahim, independent journalist Georgia Fort, and Tracey Williams-Dillard, publisher/CEO of the Minnesota Spokesman-Recorder.

“No one is holding their feet to the fire,” Brundidge said. “We are trying to feed our families, build our businesses and that’s what you committed to help us doing. Now you create a reality show around that for entertainment.”

While not specifically addressing Brundidge—who said her calls and emails to the company have gone unanswered—Target responded to some of her concerns, and those raised in the Center for Economic Inclusion panel discussion, in its Wednesday announcement. “We’re continuing to work to make it easier for Black-owned media companies to connect with us and to provide more transparency in how we’re evaluating each potential partnership,” Cooper said. “We aim to be more than just a customer with these companies — we want to be a true partner, and that means investing in their core business to help widen and deepen their capabilities so they can grow more rapidly. It’s about helping them prosper, which in turn, helps evolve the media industry as a whole to be more representative of the American audience.”

Cooper said prospective media partners will be evaluated based on their “reach, values, capabilities and relevance to our guests.” His advice for those interested: reach out by email at Inclusive.Media@Target.com. Added Cooper, “We’re excited to make even more connections in the year ahead and continue our investment in the next generation of powerful Black-owned media.”

Target has worked with the Revolt network in the past; the retailer has been a “longtime” partner of the brand, and has sponsored at least three other series. Launched by rapper Sean “Diddy” Combs in 2013, Revolt bills itself as an “unapologetic, authoritative voice of Hip Hop culture,” but the network’s programming also includes news and coverage of social justice issues.