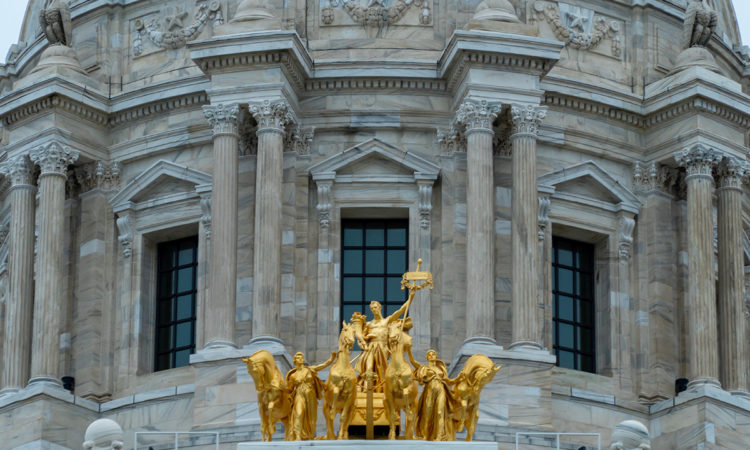 That’s a lot for a state that spends about $2.16 billion a month and sets up Gov. Tim Walz and the DFL-controlled Legislature to increase spending and reduce taxes.
By Peter Callaghan
December 07, 2022

That’s a lot for a state that spends about $2.16 billion a month and sets up Gov. Tim Walz and the DFL-controlled Legislature to increase spending and reduce taxes.

Prior to this update, the state was officially sitting on a $12 billion surplus for the final six months of the current budget and the next two-year budget. But since that forecast was released last winter, tax collections have continued to be strong and jobless rates have hit record lows.

Minnesota Management and Budget will release more details later Tuesday on both the revenue expectations and the condition of the state and national economies. Walz and legislative leaders will react to the documents following the MMB presentation.

This economic and revenue forecast is what Gov. Tim Walz relies on when he makes his two-year budget proposal to the Legislature in January. Legislative budget writers, however, can wait until another forecast that comes out in mid-February.

Asked about the forecast last week, Walz said he expected it to reflect little change from the current forecast that came out in February of 2022. That’s the forecast that shows the state would have a surplus of $12 billion over the next 30 months. But since then, economic uncertainty has only increased, and Walz said he is keeping an eye on national and global events.

“I think we need to be cognizant of the next several quarters on growth,” he said. “In the environment we’re in globally between Ukraine and China and other things, there could be a lot of instability over these next 90 days.”

That said, however, the DFL governor said he didn’t want to be overly cautious: “Being cautious and prudent is not an excuse for not making the investments that are fundamental to the growth of that economy.”

Despite economic warnings, the state has continued to collect more in taxes than it predicted in February. The last economic update, however, stated that a short recession is expected.

This forecast has the nuance of covering both the final six months of the current two-year budget period and the entire two years of the next budget that begins July 1, 2023. Lawmakers can adopt a supplemental budget with tax and spending changes for the rest of this budget, but they aren’t obligated to. They must, however, adopt a two-year budget by June or risk a state government shutdown.

Unlike the last two Walz-authored budgets, this one will be presented to a Legislature that is controlled by his fellow DFLers.

Republicans, meanwhile, immediately urged tax cuts. “Minnesotans are being massively overtaxed, and we should spend most of the next session working to give as much of it back to Minnesotans as possible,” incoming House Minority Leader Lisa Demuth, a Republican from Cold Spring, said.

The size of the surplus is as large as the state has had in at least two decades. As a frame of reference, the state spends about $2.16 billion a month. It also has a rainy day fund of $2.67 billion that can be tapped by legislators to soften the impact of future revenue deficits.