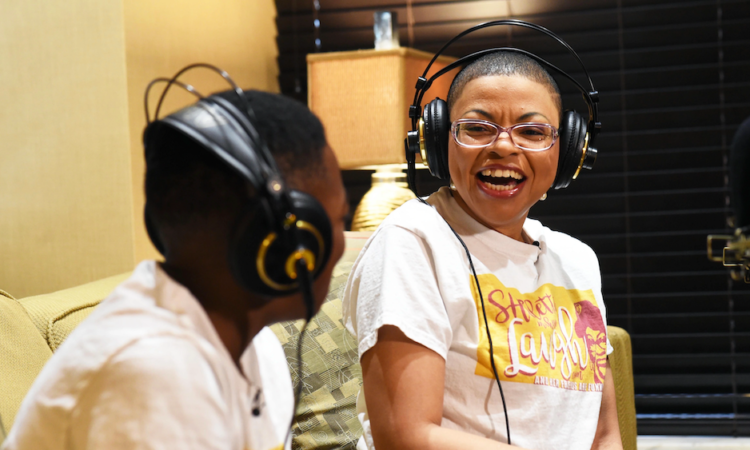 After calling out Minnesota’s corporate community for ignoring local Black-owned media, Target, General Mills and others sign on to Brundidge's local podcast network, and go beyond traditional advertising spots.
By Allison Kaplan
August 06, 2022

Months after media personality Sheletta Brundidge called out Target and other large companies for making equity commitments but not investing in local Black media, Target has signed on as an advertiser for her podcast network, Sheletta Makes Me Laugh. The retailer, which will begin airing ads on the network’s 10 shows in September, joins a growing list of large Minnesota companies to support the Twin Cities-based platform including General Mills, UnitedHealth Group, and Comcast.

“All of a sudden I’m hotter than fish grease on Good Friday,” Brundidge quipped in a recent interview with TCB. Brundidge, an Emmy-winning comedian, author, mother and autism activist who was recently honored as one of USA Today’s Women of the Year,  hosts a Saturday show on WCCO Radio and does some fill-in work for the station. But after years of feeling sidelined by mainstream media, she decided to launch her own podcast platform in 2020. Sheletta Makes Me Laugh draws around 25,000 to 30,000 listeners each week, Brundidge estimated. The shows go beyond humor to cover finance, parenting, fitness, and success with expert hosts including executive coach, author, and speaker Dr. Verna Price.

“I’ve been fighting for this, and it feels amazing,” Brundidge said. “I win, and they don’t lose. I think [corporate sponsors] are starting to see the value in partnering with a Black outlet like mine.”

Target’s sponsorship of Sheletta Makes Me Laugh is part of the retailer’s commitment to spend 5% of its annual media budget with Black-owned media partners by the end of 2022. In May, the company released an update on its progress, reporting that Target has doubled the number of Black owned media partners it works with since 2020 and invested four times more with them, compared to two years ago. Target also introduced a funding program from its in-house media company, Roundel, to increase the exposure of diverse-owned brands through paid media. The Roundel Media Fund will award $25 million in media to diverse owned and founded brands by the end of 2025.

Target touted its multiyear deals with large Black-owned media outlets including Revolt, Essence, and Black Love. In late 2021, when Target announced a startup competition show for Black Founders produced by Revolt, Brundidge spoke out on social media, saying that the retailer was ignoring local platforms with strong community ties, like hers.

Target recently signed a two-month contract with Sheletta Makes Me Laugh, which Brundidge called a strong start. She’s pushing advertisers for 12-month agreements, which she received from General Mills, Comcast, and some others.

“This is not just a Juneteenth or Black History Month thing,” Brundidge said. “They’re actually putting some weight on the promise. I needed to make sure they understand: we want to take your money, but you also have to make a commitment to partner in community. We’re problem solvers.”

Brundidge urged General Mills and Children’s Minnesota to donate 1,000 children’s books that she hand-delivered to the public library in Uvalde, Texas following the shooting massacre that claimed the lives of 21 at the local elementary school. Back in April, she arranged for one of her first big corporate sponsors, HyVee, to donate Easter hams to hundreds of North Minneapolis families.

“People are hurting—they need love. We’re in the community. People know us and trust us,” said Brundidge, who gets the calls from locals when they can’t afford a ham for the holiday. “These companies want an impact for their dollar. I’ve got people going out of their way to shop HyVee after they saw on my Twitter that HyVee brought an 18-wheeler full of hams to the neighborhood. You’re not going to get that in a 30 second ad. They’ve got to get out of the mindset of traditional media partnerships.”

That sort of grassroots support is exactly what Comcast wanted when the media and technology company engaged Brundidge’s platform to promote the Comcast RISE Investment Fund, an economic development program to support small businesses. That let to promotions for Comcast’s efforts to get qualifying families in need connected to the Internet.

“We love her knowledge of the local landscape, the reach and connections she has to help raise awareness. She goes above and beyond,” said Jill Hornbacher, senior director of external communications for Comcast Twin Cities Region, which has a history of partnering with local influencers and diverse publications and platforms.

“Micro influencers are far more effective in delivering sales to the people who support them.” — University of Minnesota journalism professor Christopher Terry

These sorts of partnerships are the future, but also, University of Minnesota journalism professor Christopher Terry pointed out, not all that different than the Golden Age of television, when George Burns and Gracie Allen would be seen mopping the floor of their set with an advertiser’s cleaning products.

“If there’s one thing influencers have taught us: micro influencers are far more effective in delivering sales to the people who support them,” said Terry, whose research focuses on policy, regulatory and legal analysis of media ownership. “For the quarter million it costs to get the Kardashians, think how many ads these companies can buy with Sheletta. She can market to people in specific neighborhoods. That kind of targeting is very powerful.”

With the new funding, Brundidge said she will be able to pay her podcast hosts and train the next generation of broadcasters and producers. “I’ve got to build generational wealth not just for me, but for my community,” Brundidge said. “I want to be able to pass out those Easter hams without calling HyVee.” 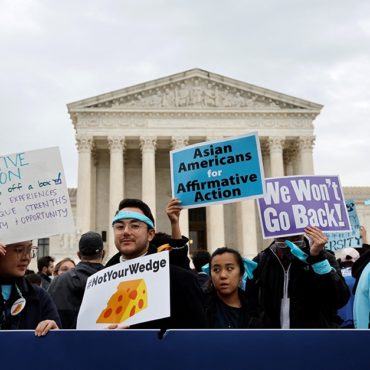