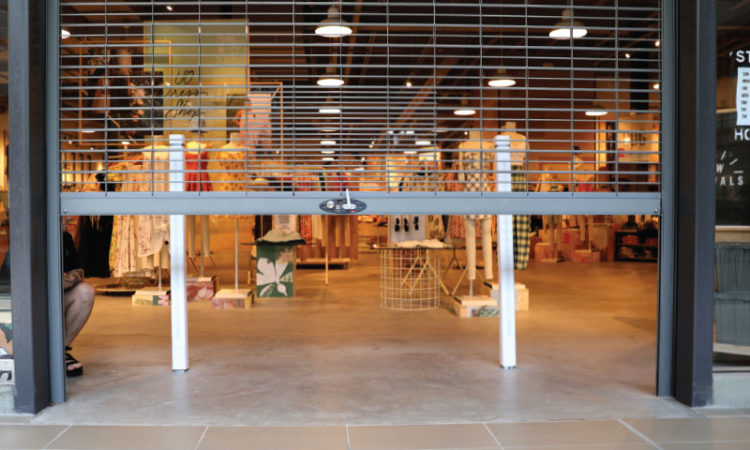 Will we ever be able to browse in a shopping center after dinner again?
By Allison Kaplan
August 26, 2021

If you’ve recently tried to run errands in the evening like it was 2019, you’ve probably encountered the new reality: A lot of stores are closed.

Malls that used to stay open until 9 p.m. or later are closing at 7. Many grocery stores and big-box retailers that used to be open until midnight now close at 10 p.m. Target’s Nicollet Mall store closes at 6 p.m., and the Uptown location follows at 8 p.m. Those Target adjustments seem fairly obvious, based on lagging downtown traffic and safety concerns. But what’s the story in Woodbury or St. Louis Park?

“Stores in malls are not what they once were,” said Sarah Fossen, in a July interview shortly before she left her post as Rosedale Center’s director of marketing and experience. “We are seeing traffic trends that suggest people are spreading their shopping out during the day and not just the evening, so flexible work schedules are most likely [in] play. We also see a consumer who wants things to be convenient with buy online/pick up in store options, which allow for quicker transactions that are more easily done during a flexible workday.”

Like most regional malls, Rosedale Center has yet to return to its pre-pandemic hours. At first, that was so retailers would only have to staff one shift per day, Fossen says. Another factor: Shoppers haven’t been quick to return, especially to indoor shopping centers.

Slowly but surely, as demand rebounds, hours are expanding. In July, Ridgedale Center added an hour on Fridays and Saturdays, moving opening time from 11 a.m. to 10 a.m. But Ridgedale is still limited to 11 a.m. to 7 p.m. the rest of the week, closing at 6 p.m. on Sundays. “We will continue to monitor both mall traffic levels and customer demand,” says Ridgedale senior general manager Joan Suko.

Galleria in Edina anticipates adding to its current 11 a.m. to 7 p.m. schedule this fall. Mall of America started bumping up hours this summer, after months of studying traffic patterns. Spokeswoman Sarah Grap says rebounding tourist traffic—particularly those who live within driving distance—is boosting visits this summer, to the point that MOA has even beat its 2019 summer visits on a couple of occasions. “It became increasingly clear,” Grap says, “that consumers wanted longer retail hours to enjoy the mall when it was convenient for their schedule.”

But whether shoppers show up after 8 p.m. or before 11 a.m. isn’t the only question for retailers to ponder right now, says Anne Mezzenga, a Minneapolis-based retail analyst and host of Omni Talk retail podcast. “The question they should be asking themselves is how they can [deliver] convenience for customers. For some, that may mean going back to extended hours, but that alone isn’t going to cut it. Retailers need to think about how their customer is shopping and then model their store experience to mirror that.”

Buy online/pick up in store is an example of a new convenience, and it’s working well for mass merchants like Target and Best Buy; smaller retailers may need to invest in the technology. There’s also the continued popularity of curbside pickup and the option to take a cue from Amazon and offer lockers so customers can pick up merchandise after store hours. Enabling shopping through social channels is another strategy Mezzenga says retailers of all sizes should be considering.

Make no mistake, she says: Retailers are working, even when the lights aren’t on at the physical store. All these new selling and pickup options require sales associates to use their time differently. “Are they filling orders in the stock room, livestreaming for the brand on social, or doing one-to-one consults?”

She points to Marks & Spencer, the London-based department store that recently introduced a real-time video chat line where customers can call up an associate to ask questions and make purchases, even after store hours.

“This is a new era of retail,” Mezzenga says. “It needs to be evaluated as such.”