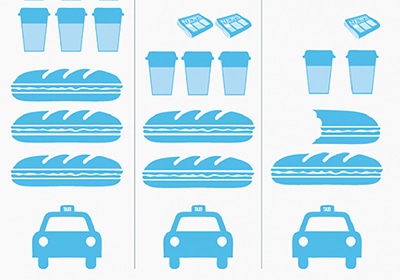 Are Those Who Market The Twin Cities Leveraging Our Low Cost Of Living?

Cost of living may end up as the region’s ace in the hole, not sports, culture or nature.
August 08, 2014

As companies scouted locations amid the recession, “quality of life sort of fell off the radar,” trumped by a focus on sheer survival, says David Griggs, Greater MSP’s vice president of business investment. But as the economy rebounds, “there’s more conversation around” cost of living, a stat where the Twin Cities fares very well. But are those who market the Twin Cities to prospective tourists, residents and businesses leveraging the status? 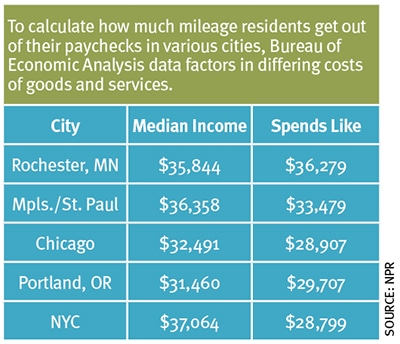 Meet Minneapolis recently created an infographic that depicts how much more $100 buys in Minneapolis than in Chicago or Denver. Right out of the gate, it spurred one meeting planner to narrow its list to Minneapolis and Denver for a 2015 event with an estimated economic impact of half a million dollars, according to a Meet Minneapolis official.

Greater MSP’s website features a calculator that shows how prices for goods—itemized down to individual household items—differ among cities. A Manhattan transplant, for example, would spend 73 percent less on housing and 16 percent less on groceries in the Twin Cities. Moving from Seattle? Expect an uptick in food costs but a decline in transportation, housing and health care expenditures.

Such data not only encourages individuals to consider the Twin Cities, but Griggs says that companies, once convinced a city meets their fundamental business needs, are consulting the tool, asking: “For the price that we need to pay our workforce, will they be happy in Minneapolis-St. Paul?”

While he believes low cost of living is instrumental in retaining the Twin Cities’ disproportionate concentration of Fortune 500s, Minneapolis Downtown Council CEO Steve Cramer warns against focusing solely on cost of living. “It can translate into: Our schools aren’t very good, the public realm is deteriorating, and on and on. But that’s not what we have here—we have a unique balance” of low costs and high quality of life, including vibrant cultural offerings, so more nuanced messaging is imperative.

The City of St. Paul is integrating cost-of-living messaging, says economic development manager Ellen Muller, who acknowledges there’s more work to be done as the region increasingly competes on a global scale.

“We can do better about promoting that,” particularly when targeting millennials, she posits. 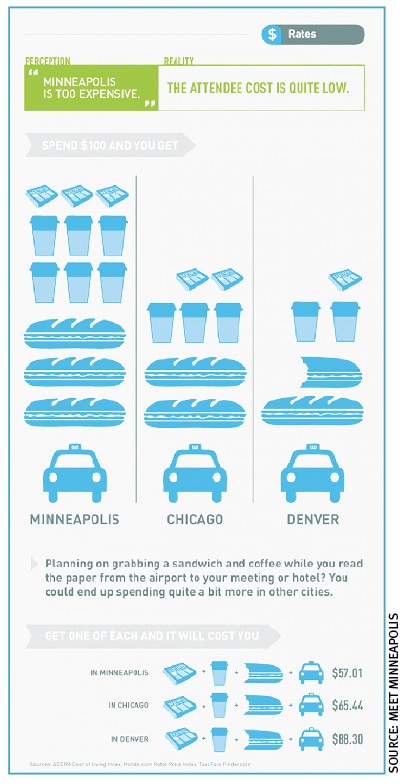