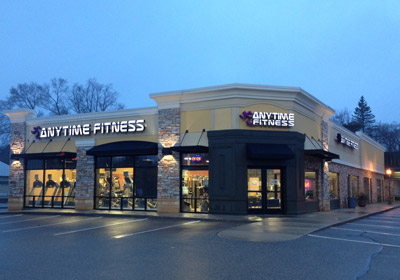 The Hastings-based fitness franchise announced Monday that an affiliate of Atlanta-based Roark Capital Group has made an equity investment in the company to “accelerate [its] U.S. and global expansion.”
By TCB Staff
March 14, 2014

Fast-growing Anytime Fitness, LLC, recently received an equity investment to support its national and international expansion in the fitness and health club market.

Atlanta-based Roark Capital Group, which primarily invests in the franchise industry, made the investment based on Anytime Fitness’ “attractive growth prospects.”

“We’ve been contacted by dozens of private equity firms over the years [that] have wanted to invest in the company,” Chuck Runyon, co-founder and CEO of Anytime Fitness, said in a statement. “We’ve been extremely selective in seeking the right partner with a strategic and cultural fit. Roark will help us improve system-wide performance, grow internationally, and assist us in building our health and wellness platform.”

Runyon, along with Anytime Fitness President and Co-founder Dave Mortensen, will continue to lead the company’s operations. Roark’s Managing Directors Erik Morris and Steve Romaniello joined the Anytime Fitness board of directors to provide strategic counsel and operational support.

Anytime Fitness, which announced plans in January to move its headquarters from Hastings to Woodbury, has experienced rapid growth in recent years.

In December, Anytime Fitness earned the top spot on Entrepreneur magazine’s “Franchise 500” list based on its financial strength, stability, growth rate, and size.

It currently operates roughly 2,400 gyms worldwide and employs about 140 workers—115 of whom are in Hastings. Anytime Fitness anticipates revenue of $736 million this year system-wide—which includes both company-owned and franchised locations—according to the Star Tribune.

Meanwhile, Roark has invested in 31 franchise and multi-unit brands with nearly 18,000 total locations throughout all U.S. states and 71 countries. Those franchises and brands—which include Arby’s, Cinnabon, Massage Envy, and Waxing the City—collectively produce $16 billion in annual revenue. Roark currently has $3 billion of equity capital under management.

To learn more about how Runyon and Mortensen have grown Anytime Fitness to become a world leader in the fitness industry, click here to read Twin Cities Business’ September cover story.