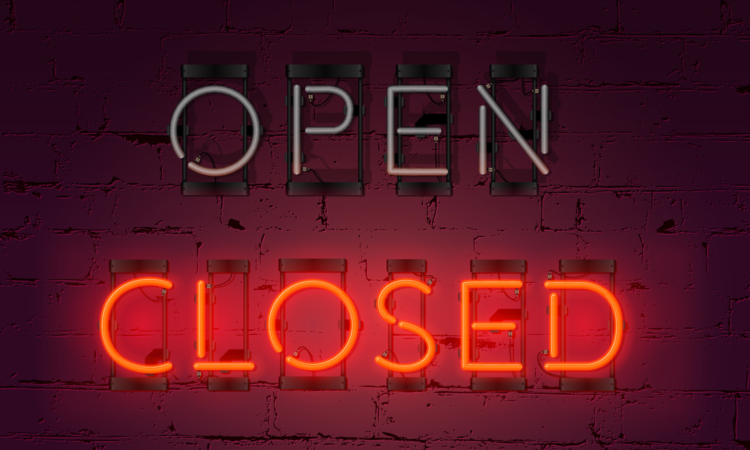 When no one’s out late, late-night commerce struggles.
By Dan Niepow
October 21, 2020

The Covid-19 pandemic has uprooted many traditions. One of them is dinner after an evening on the town. Purveyors of after-hours grub say the pandemic and ongoing civil unrest have left people’s dining-out days ending at sunset.

The Nicollet Diner, the only 24-hour eatery in Minneapolis, now closes its seating area between 11 p.m. and 4 a.m., though takeout is still available. Co-owner Sam Turner says the overnight closure is a precaution due to the threat of civil unrest and the overall diminished safety situation in the area.

Turner notes that he’s made up some of the lost revenue with third-party delivery services. But there’s an increased cost. In August alone, Turner estimates he’s spent more than $2,000 on containers that meet the city’s biodegradability regulations.

Meanwhile, Hardtimes Café, the scrappy worker-owned vegetarian restaurant in Minneapolis’ Cedar-Riverside neighborhood, has had to pare down its after-hours offerings, too. The café used to operate 22 hours a day, seven days a week.

“When the bars and restaurants got shut down in March, we were closed. We weren’t even doing carryout orders or anything like that,” says Aeri Donovan, barista and co-owner.

And, like many restaurant operators, she and co-owners worry about the coming winter months.

Back at the Nicollet Diner, Turner says that civil unrest in downtown Minneapolis has been a strain on late-night business as well. “There are difficulties around closing a restaurant for curfew,” he says. “Unrest, curfews, and all that have really put a damper on business. … People are scared to come downtown.”

A Software Hub in Minnesota?
The Lies We Tell Ourselves
Model Behavior
Two Urban Chefs' Quest for Greener Pastures

The downturn comes as the cost of business continues to rise. Even pandemic ketchup is pricier, Turner says. Because of safety perceptions, no more ketchup bottles sit on the tables; instead, it’s costly individually packaged condiments.