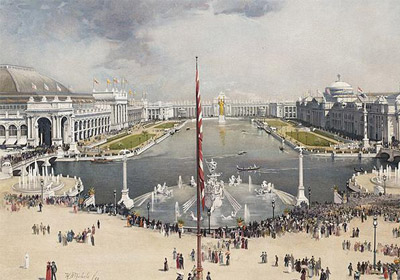 A World’s Fair In Minnesota? A Group Of Ardent Fans Wants To Make It Happen

A group of Minnesotans wants to bring about 10 million people here in 2023 for an international event that many young folks never heard of and many older people don’t know still exists.

Steve Heckler, a Twin Cities event organizer by trade, has been working to get a World’s Fair in the United States—and specifically Minnesota—since 2008.

He, Secretary of State Mark Ritchie and others have taken the first steps toward that vision, but significant obstacles would have to be overcome to put Minnesota on the world stage a decade from now.

The last World’s Fair on U.S. soil was held in New Orleans in 1984, and it went bankrupt. Since then, public interest in the nation has waned. In 2001, Congress even stopped paying America’s dues to the international organization that oversees the annual expos.


Even so, the enormous events have continued across the world. In 2010, over a six-month span, about 73 million visitors attended the largest World’s Fair yet in Shanghai.

The fair lineup is set through 2020, when international travelers will descend on Dubai.

Locally, World’s Fair boosters have a difficult time containing their excitement for the massive business and cultural exchanges. Heckler and Ritchie cite both the economic and promotional benefits of holding such an event in Minnesota.

Heckler is part of a network that’s lobbying the feds to get the U.S. signed up again to host World’s Fairs. He’s also assembled a deep bench of players in Minnesota to work on securing the 2023 expo, and preliminary feasibility research is under way.

Supporters describe World’s Fairs as a mix: part theme park, part Olympic pageantry plus a museum and architectural exhibition. Historically, World's Fairs have introduced the public to some of the most iconic inventions of our age, including the telephone and television, ice cream cones and Dr Pepper.

When planned correctly, advocates say, the expos can have a massive effect on a region, both in boosting short-term business activity and long-term infrastructure and architectural development.

Some estimates put the short-term economic impact on Minnesota’s economy at $10 billion to $15 billion in tourism activity alone.

“That’s what it can do for a city,” Heckler said in an interview. “It puts it in a global perspective.”

“It’s something that comes into focus,” said Ritchie. “We’ve stood up and said we want to host the World’s Fair, and here’s why we’re the best place to do it on the planet.”

Heckler’s parents brought him to the 1964 World’s Fair in New York, where his love for the expos began.

Steve Heckler: “I blame my parents for why I do events today because they took me to the World’s Fair.”

“It was a life-changing experience,” Heckler said. “It’s a place where companies and cultures … all come together and share the best of what we are in this world.”

Standing in his St. Paul Union Depot office, Heckler looks down at a table filled with Expo books and memorabilia.

“I blame my parents for why I do events today because they took me to the World’s Fair,” jokes Heckler, who also organizes the Twin Cities Jazz Fest.

“As things started going along, I found more and more people seemed to be connected to a World’s Fair in some way,” he said.

The effort moved from conversations over coffee to talking with the U.S. State and Commerce departments.

“It’s been fits and starts to more and more credibility,” said John Hottinger, a consultant and former state Senate majority leader, who worked on the project in its earliest stages.

But there’s a lot of work to be done.

First, the United States has to get back into good standing with the Bureau of International Expositions, a Paris-based organization that oversees the expos. Hottinger, who no longer works on the project, got that effort started by meeting with government officials to see how things could move forward.

It’s not quite clear if getting back into the organization’s good graces will require congressional approval, and there’s also the matter of about $150,000 in back dues that the U.S.could have to pay.

Until the United States gets back into the organization, it’s unlikely that a fair would ever be held here.

“There’s no competition if no one brought the ball to the court,” Heckler said. “That’s the problem. We’re at the gym without the ball.”

Minnesota is not alone in the effort. Two other regions are working to get the United States back in play. Heckler has met with organizers from Houston and the San Francisco Bay Area. Those larger regions are competing for the bigger fairs that happen in years ending in a five or zero.

Heckler said the stakeholders recently met and there’s another meeting in April. But he acknowledges the efforts are preliminary.

Assuming the United States gets back into the organization, then Heckler and the team have their work cut out for them in helping the government to set up a national group, similar to an Olympics committee, that could choose U.S. sites for future fairs.

Ning Shao, Minnesota’s trade representative in China, was an integral part of the expo process in Shanghai. He’ll be speaking Monday at an event here about Minnesota’s bid.

Urso Chappell, a World’s Fair expert from the Bay Area, agreed about Minnesota’s chances. Chappell has worked with the coalition in Minnesota, where he designed the website and the logo.

“The Minnesota effort clearly has an excellent chance,” he said.

The Minnesota team needs to raise $3 million to $10 million for a formal bid, but Heckler estimates $5 million or $6 million would do it.

Fundraising has already begun. Heckler credits someone he knows with giving the seed money—about $100,000—to start the organization but acknowledges that additional support needs to continue.

The next step is preparing an economic impact study done by outside experts to examine the expected number of visitors and available sites, Ritchie said.

Next would come an application, assuming Minnesota is selected by the government or its representative to be the U.S. pick for the 2023 expo bid. Once that report is submitted to the international bureau, he said, it triggers a six-month timeframe for other countries to submit their own application.

To Ritchie's knowledge, Minnesota is the only area that’s expressed interest for 2023. It's likely, though, that the Twin Cities would have to compete with two to four others sites around the world, Chappell said.

Although the process is still very much in its infancy, Ritchie and Heckler have a couple of sites on their radar: the Arden Hills Superfund site or the former Ford plant in St. Paul’s Highland Park.

Ritchie notes that about 50 million people live within a day’s drive of the Twin Cities, one of the measures that matter.

Trying to secure a three-month fair can have big ramifications even if Minnesota doesn’t ultimately win out. “The mere fact of saying out loud we want to invite the world to come see us has big ramifications,” he added.

And that appears to be coming true already. Minnesota’s interest in hosting a World’s Fair has already attracted a meeting this year of the United States-Russia Innovation Group.

“The question becomes for us: Do we feel in the Twin Cities that we are global?” Heckler said.

Still, the economic impact of the fair is unclear.

In the end, the Chinese government spent $45 billion on the Shanghai 2010 Expo.

The build-out is different internationally than in the United States, Chappell said, where a lot more private investment would be necessary.

Bill Blazar, a member of the advisory committee and a state Chamber of Commerce staffer, said a World’s Fair is one way to get Minnesota on the map.

“I think we’re interested in doing the homework and testing the feasibility because we think developing Minnesota as an integral part of the world economy is really key to development and growth in the state in the future,” Blazar said.

Estimates for Dubai, where a large event will be held in 2020, include 80,000 additional construction jobs. A separate report estimates that total jobs added could reach 300,000, with roughly 90 percent of them between 2018 and 2021.

There’s also the sentimental side, which seems to have captured Ritchie and the others. Chappell describes a World’s Fair as “creating an idealized world in an enclosed space.”

“It sort of takes you out of your everyday life and puts you into this different experience,” he said. “It is different from the outside world.”