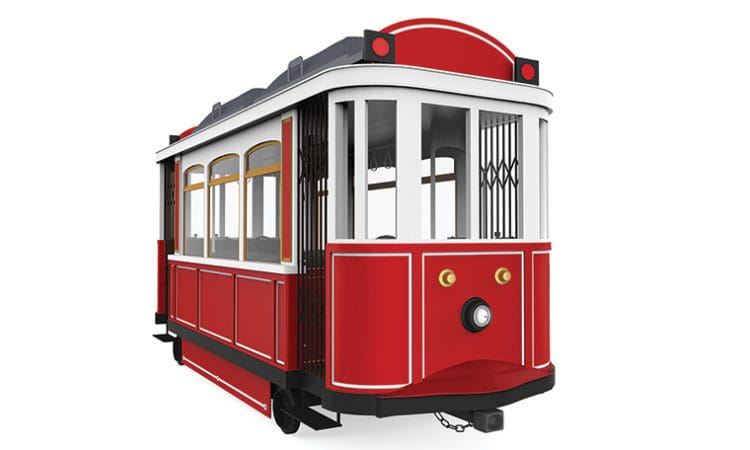 Former Minneapolis Mayor R.T. Rybak was a big booster of a plan to bring streetcars, gone since the 1950s, back to the city. In 2013, Rybak’s final year in office, the city created a new tax district to help pay for the project. The state Legislature had to approve the concept to create a “value capture district.” The unique financing tool allows the city to capture taxes from five disparate square blocks near the planned streetcar line.

There are still no streetcars on the horizon in Minneapolis, but the city is tapping the money to buy out the lease of the Kmart store at Lake Street and Nicollet Avenue for $9.1 million.

David Frank, director of the city’s community planning and economic development department, says that the city is not “diverting” the money from the fund, arguing that it’s an “eligible use” as approved by the Legislature.

“When we went to the Legislature, from the get-go we wrote right-of-way acquisition into eligible uses,” Frank says. Streets, alleys, and sidewalks are all examples of right-of-way uses. The once and future Nicollet Avenue runs directly through the Kmart site.

It was not the first time that the city had tapped the trolley fund. In 2017, the city paid $8 million to buy the land under the Kmart store, using money from the value capture district.

The city paid $5.3 million in 2015 for an adjacent parcel once home to a supermarket. Frank says that the city could not use streetcar money for that site because it did not include any right-of-way acquisition. Combined, the two parcels create a 10-acre site.

Frank joined CPED in 2011 as the city’s manager of transit-oriented development. “I’ve been working on it that whole time,” says Frank of the city’s long-running efforts to reopen Nicollet Avenue.

Money keeps rolling into the streetcar account. Before the Kmart lease, there was an estimated $20 million in the fund. A city report from 2017 estimated that it would take in $7.25 million that year. The city can collect money in the district for up to 25 years.

But what about the streetcars?

In 2013, the Minneapolis City Council approved a resolution supporting a 3.7-mile Nicollet-Central streetcar line. The city’s most recent estimates put the cost at $200 million.

Despite no evidence that it’s moving forward, Frank says that the streetcar project is not dead.