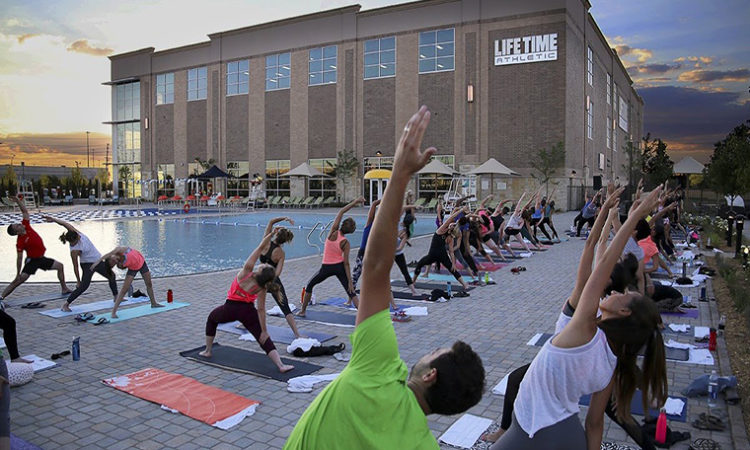 A Return to Routine as Health Clubs, Restaurants Reopen

From mall walking to eating at a restaurant, the everyday activities that many of us used to take for granted suddenly felt like luxuries on Wednesday, as some restaurants opened for limited indoor dining and major venues including Mall of America and Life Time opened their doors to the public for the first time in nearly two months.

“We had mall walkers waiting in their cars at 7 a.m. to come in when the mall opened at 8,” said Jill Renslow, MOA’s senior vice president of business development and marketing. “It felt so good to have them back.”

A handful of restaurants and 150 stores opened today at MOA, with more expected this week. Some small and midsize attractions like mini-golf and the Escape Game are open; Sea Life Minnesota Aquarium and Fly Over America will be next. Renslow said the mall is waiting for state guidance on reopening the Nickelodeon Universe theme park. The two hotels attached to MOA, JW Marriott and Radisson Blu, remained open the entire time the mall was closed to prevent the spread of Covid-19.

Sporting goods, shoes, and young adult apparel were busiest on Wednesday, Renslow said. She added that she was glad to see many shoppers wearing masks. Protective face coverings are not required in common areas of the mall but are encouraged. Some stores are requiring them.

Mall of America had been scheduled to open June 1 but delayed due to concerns about civil unrest following the homicide of George Floyd. Four Minneapolis police officers have been charged in connection with his death. MOA’s Wednesday opening coincided with Gov. Tim Walz lifting restrictions on gyms and other entertainment venues and allowing a return to indoor restaurant dining at 50 percent capacity.

At 6Smith in Wayzata, some patio lunch reservations shifted inside Wednesday due to the iffy forecast. By noon, the dining room was dotted with couples in masks, teens without, and a handful of business meetings. The service staff could be seen continually wiping down surfaces and managers made sure to check in on every table.

“We had people waiting before 5 a.m. to get in at all locations,” said Natalie Bushaw, senior director of public relations for Chanhassen-based Life Time. “There were smiles, tons of ‘thank yous,’ ‘missed yous,’ and ‘couldn’t handle another workout in my basement.’”

Debi Clayton, a longtime member of Life Time in Plymouth who has been missing her cardio classes four times a week, was among the first in the door at the health club this morning with a reservation for a group fitness class. “People were so glad to see each other,” she said. Instead of grabbing her own weights and mat upon entering the exercise studio, all of the equipment had been set up by staff and each spot was numbered to maintain distance.

“It felt really safe,” Clayton said. “Everybody stayed on their mat and didn’t have to get close to anybody. My focus quickly turned to the workout, and I didn’t think about it for a minute.”

Clayton, 60, has some prior experience with being mindful of germs.

“Four years ago I had cancer. I went to the health club three days a week during chemo and really learned to be careful about touching things, about not touching my face. I’m pretty healthy now and not compromised so I’m just not that worried.”

The challenge now, Clayton said, is booking group fitness classes far enough in advance. She said her Life Time cardio classes are already full into next week. “I don’t think it’s going to be, ‘I’m afraid to go;’ it’s going to be more, ‘oh, gee, I can’t get in.’”

But not all businesses are in a rush to reopen. Birchwood Cafe in Minneapolis plans to stay the course with its delivery and curbside pickup program for a least a couple more weeks, owner Tracy Singleton said.

“For us, just because the governor says we can open doesn’t mean customers are going to come. Now, we’re all challenged to be open—50 percent capacity, that’s a hard business plan to make work in a restaurant model, which has super small margins to begin with,” Singleton said.

She said Birchwood just isn’t ready to open up its interior to the public.

“It’s this choice between public safety and community safety and my employees’ safety, or going out of business. And they’re all crappy choices. I just feel like I have to protect my employees, their health and safety first. So that’s where my priority is at the moment. And I’m not trying to judge anybody else for their decision either, because everyone’s in a horrible position right now,” Singleton said.

Mall of America is trying to be “as flexible as possible” with tenants, Renslow said. But there is an expectation that stores and restaurants will reopen their doors soon. “We’re asking them to accommodate our modified 11 a.m. to 7 p.m. hours. We’re really working to stay as consistent as possible—it’s important for our guests to have a great experience. But it’s going to take a little time to get there.”

Macy’s opened with the mall today; Nordstrom plans to open tomorrow. Renslow said a handful of businesses, mostly locally-owned, have closed permanently due to the prolonged pandemic closure. But she said lease negotiations are moving forward with new tenants and several projects under construction, like M&M’s and Amazon 4-Star, are moving ahead on schedule.

Near MOA, Great Wolf Lodge Minnesota plans to open its hotel and water park on June 26.

“We have been working to develop and implement comprehensive reopening plans based on guidance and protocols recommended by the government and CDC, and we’re excited to get families back to having fun with confidence because of the new safeguards we put into place across our resorts,” Murray Hennessy, CEO of Great Wolf Resorts, said in a statement.

Local bowling alleys are also prepped for opening. In Minneapolis, Elsie’s is reopening its bowling center, restaurant, bar, and patio to the public, while gently reminding customers to wear a face mask indoors per the city’s mandate. New Hope Bowl is up and running, taking reservations for lanes and seating in its restaurant and patio.

Movie buffs may be thrilled to know that St. Anthony Main Theater will be open at 25 percent capacity as soon as Friday, June 19th. Employees will wear masks and gloves, and movie-goers are encouraged to wear masks in the lobby and common spaces and to socially distance.

“We look forward to bringing you some of our favorite films of all time until new titles are released in July,” the theater’s Facebook announcement read.

Mann Theaters will be opening later on June 26 and will be taking similar precautions.

For a quirkier variety of recreation, Bad Axe Throwing is now open for small reservations in Minneapolis, and multiple other cities across the country.

And for giving your dog the socialization it’s perhaps missed, Unleashed: Hounds & Hops is reopening at limited capacity on June 11, complete with a brand new 6000 square foot outdoor, off-leash patio space. For now, reservations are required.

As of Wednesday, you can also reserve a spot at Up-Down to get your arcade game fix. Masks, sanitation stations, and employee health screenings are included in its precautions.

Hit hard by the pandemic, some local breweries are reopening beyond their takeout, delivery, and patio options. Dangerous Man opens its taproom June 17th and Surly’s beer hall opened Wednesday––so be sure to check in with your favorite spots to snag a cold one fresh from the tap. 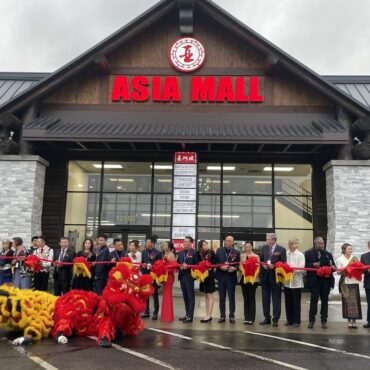