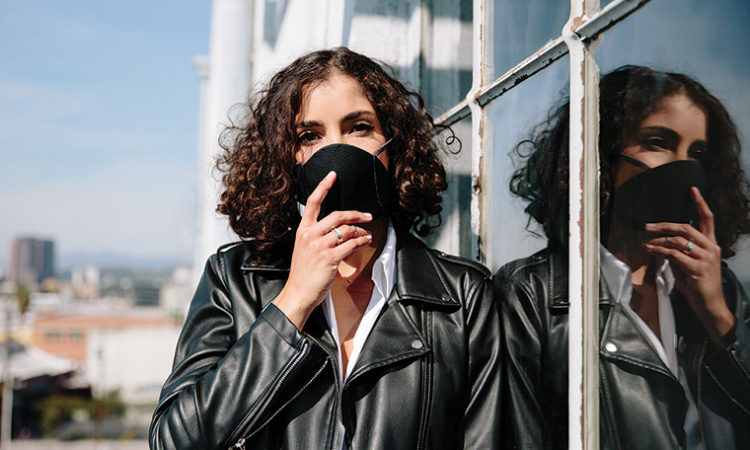 A Breath of Fresh Air

When Max Bock-Aronson studied abroad in Singapore, he was exposed to a whole new environment—literally.

That experience inspired the idea for a reusable breathing mask that offers high-tech protection and modern design for everyday wear for people living in high-pollution or wildfire-stricken areas, as well as for those who have respiratory conditions or who simply want defense against airborne diseases. He and his two partners incorporated their Minneapolis startup under the name Breathe99—a nod to their goal of designing a filtration system for the mask that eliminates 99 percent of hazardous matter.

“We want to offer people the protection they need,” says Bock-Aronson, “but in a more nuanced, modern way … that’s convenient for everyday use.” The Breathe99 mask is sleek and gray—designed with the urban commuter in mind, he says.

Bock-Aronson and his partners, JoÃ©l Valdez and Coleman Rollins, formalized Breathe99 as a company last year, and they have since raised $95,000 in a pre-seed funding round. They participated in the Twin Cities Startup Week 2018 Beta.mn showcase last fall. And they’ve gathered user feedback from people in the U.S., China, and Korea. Meanwhile, Bock-Aronson and Valdez also have day jobs with Worrell, a design firm that focuses on health care innovation.

Although Breathe99 is still perfecting its filtration system, the company plans to launch a Kickstarter funding campaign in the spring and launch the product within a year. The mask is expected to sell for around $50.

“At the heart of our product is a commitment to our values,” says Valdez, Breathe99’s Creative Director. “It’s about a universal need to give access to clean air to everybody. We believe it’s a human right.”