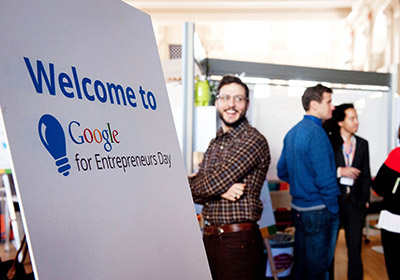 Minneapolis continues to benefit as one of Google’s seven “Tech Hubs,” as local startups Docalytics and Kidizen were offered funding from AOL founder Steve Case.
April 13, 2014

On Wednesday, during the first-ever “Google for Entrepreneurs Demo Day,” two Minnesota startups were surprised to learn they were each offered $100,000 in funding.

The Demo Day brought together 10 startups from around North America to pitch their companies to a group of 60 investors and receive feedback from panelists. The entrepreneurs came from seven cities that Mountain View, California-Google calls its “Tech Hubs,” which are places the company is working to deepen its technology community ties. They include Minneapolis; Chicago; Waterloo, Canada; Nashville, Tennessee; Durham, North Carolina; Denver; and Detroit.

Amongst the panelists was Steve Case, co-founder of AOL and CEO of Washington, D.C.-based investment firm Revolution. Case surprised all 10 startups by announcing that he intends to invest $100,000 in each of their companies during their next fundraising rounds.

“I’ve long known that great startups can be found everywhere, and not just in Silicon Valley,” Case said in a statement. “I was so inspired by the consistent quality of each of the pitches that I made an on-the-spot decision to support each company.”

The Minneapolis-based companies selected to potentially receive funding are Docalytics and Kidizen. (According to Tech.MN, neither company has accepted Case’s offer yet.)

Docalytics created a software platform that allows sales and marketing professionals to track how prospective customers interact with their company’s downloadable content. In 2012, Docalytics came in third place in the high tech division of the Minnesota Cup.

Kidizen is a mobile marketplace app for parents to buy and sell pre-owned children’s clothing, accessories, and more. Parents can take pictures of the clothing, add product details, name their price, and keep track of all their transactions. Kidizen came in third place in the MobDemo contest last year, taking home $10,000 in credit toward additional development.

“Each of the seven regions represented by the companies who participated yesterday show huge promise as part of a ‘rise of the rest’ in growing entrepreneurial ecosystems in North America,” Case said in a statement. “I hope my investment will be just the start of a growing flow of venture capital dollars to new regions.”

Google says it promotes its tech hubs by “providing them with technical content, business tools, and infrastructure upgrades so they can support increasing demand from developers and startups.”

In February, officials from Google visited Minneapolis to host a number of workshops and announce plans to sponsor two years’ worth of entrepreneur events in the state through a partnership with the Twin Cities-based “co-working” firm CoCo. The partnership includes include a series of events, conferences, and social gatherings at CoCo’s space in the Minneapolis Grain Exchange building.

In March, Google announced places to sponsor 40 “startup-focused organizations” in an effort to help them support female entrepreneurs—and CoCo was among them. At the same time, CoCo announced a goal to boost female membership from 35 percent to 50 percent in one year.