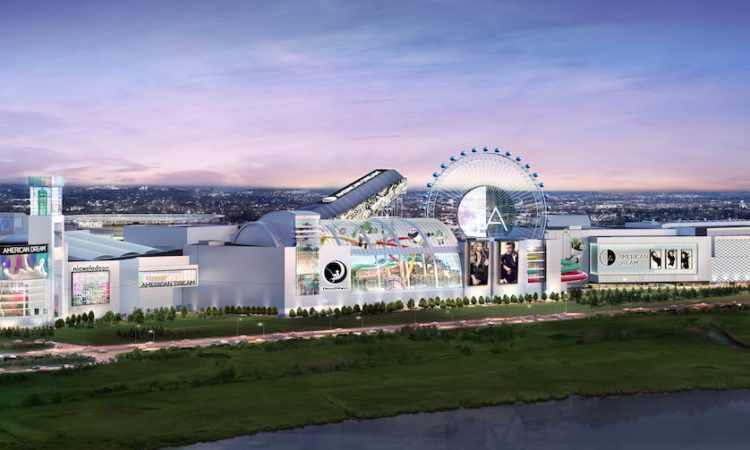 Will Consumers Buy Into American Dream? Look to Mall of America

American Dream—Triple Five Group’s long-awaited follow-up to Mall of America—opens its first phase of entertainment attractions today in East Rutherford, New Jersey, and while much of the media coverage dwells on the massive delays (no stores will open until next year), questionable location, and seeming absurdity of building a $5 billion, 3-million-square-foot mecca of consumerism at a time when many longstanding shopping centers are falling to e-commerce, the similarities to press coverage Mall of America received leading up to its 1992 opening are uncanny.

Back then—a time long before iPhones and Amazon—New York Times writer Neal Karlen predicted MOA would be the “cultural, if not financial, undoing” of the Twin Cities. I reminded him of this on the occasion of MOA’s 25th anniversary and he admitted: “I don’t think I’ve ever been so wrong. I must have called 10 Wall Street analysts (in 1992) and it was astonishing how not one of the experts said this model can possibly work.”

Today, MOA’s annual economic impact on the state of Minnesota hovers near $2 billion. The mall represents 10 percent of the city of Bloomington’s tax base. MOA has long touted its 40 million annual visitors—the same number American Dream is using as its initial estimate. And while it may surprise locals, tourists from around the world continue to flock to Minnesota, specifically to visit the mall. Will those travelers looking to shop, ride rollercoasters, and sleep under one roof continue to choose the Twin Cities when New Jersey offers the same (including no sales tax on apparel)—and more—just 10 miles from Manhattan?

MOA’s Senior Vice President of Business Development Jill Renslow says she isn’t worried. “It gives us new exposure. We can market the three properties collectively,” she says, referring to Triple Five’s West Edmonton Mall in Canada along with the two U.S. megamalls.

Triple Five has leaned heavily on Renslow and her executive team’s expertise in getting American Dream off the ground. They’ve weighed in on everything from marketing to leasing.

MOA will hold onto its claim to fame as the largest shopping destination in the country, with more than 500 retailers. American Dream expects to house around 350 stores. They won’t open until March, but a spokesperson for the property says American Dream is 85 percent leased. That includes mainstream brands like H&M, Zara and Uniqlo as well as the luxury retail that has always eluded MOA, including Hermes, Dolce & Gabbana and Saint Laurent.

Entertainment currently accounts for about 30 percent of MOA’s space and the goal is to get to 50-50 retail/entertainment. American Dream will start as 55 percent entertainment. That includes the DreamWorks Water Park opening today, along with a bigger Nickelodeon Universe with more rides, slime, and thrills than MOA’s. An indoor ski and snowboard park, an ice rink, and an 18-hole Angry Birds-themed mini golf course are slated to open at American Dream by the end of the year. 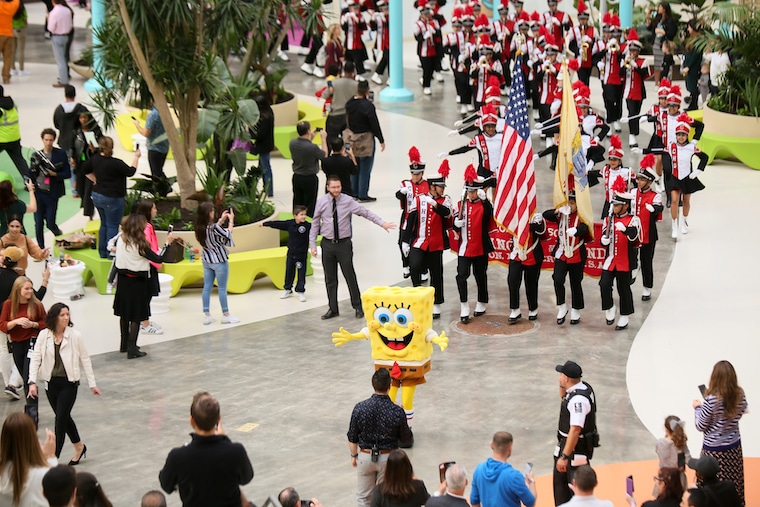 Mall of America is going to add its own waterpark; Renslow anticipates breaking ground next year for a 2022 opening.

Any internal concerns the Twin Cities team may have about losing market share to the shiny new American Dream might be outweighed by the need for it to succeed for the sake of Triple Five’s overall health and ability to keep operating and growing. As has been reported, and included in today’s New York Times piece: Triple Five used Mall of America as collateral to guarantee $1.6 billion in loans. In our recent interview, Renslow dismissed the risk to MOA, saying reports on the loan terms have been misrepresented.

For now, Minnesotans can watch the frenzy and curiosity about American Dream with knowing amusement. We were those skeptics who vowed we’d never shop at the megamall…until we wanted new shoes from Nordstrom. We said we’d never deal with that traffic on weekends…until relatives came to town and begged to see the mall with the theme park in the center and aquarium in the basement. We shuddered at the thought of a mall becoming a bigger destination than our renowned museums and theaters…until that third snow day in a row.

MOA has certainly had its hiccups. Two of the original four anchors, Bloomingdale’s and Sears, are gone, and neither department store space is entirely filled. Four years after a $325 million expansion that created a new north entrance and added the J.W. Marriott hotel, a significant chunk of that wing remains empty. Even the entertainment that is replacing many bankrupt retailers is not a guarantee of stability: Smaaash Entertainment USA, the 40,000-square-foot go-karting and virtual reality gaming attraction hailed as cutting edge when it opened at MOA in 2016, abruptly closed in September.

But when one attraction spins off course, there always seems to be another concept on the horizon. MOA is adept at change, and quick to experiment—whether it’s a health care center, a new virtual reality attraction, or a retail lab to test new technology. While other malls try to retrofit vacant store spaces with entertainment and service businesses, the Mall of America put experience at the forefront, way back in the 1990s. 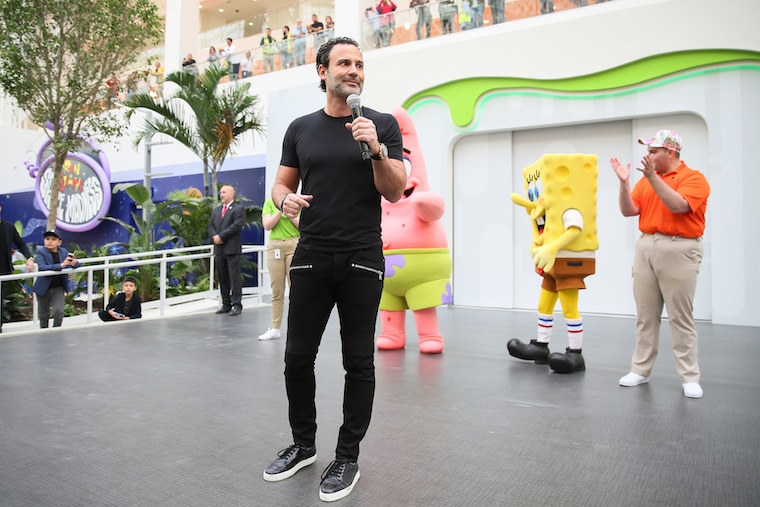 “We are big believers that you need to build a gathering place, and ultimately, people will shop,” Triple Five Group CEO Don Ghermezian told me in a 2017 interview. “My father had that vision before anybody ever knew there was going to be a problem with retail.”