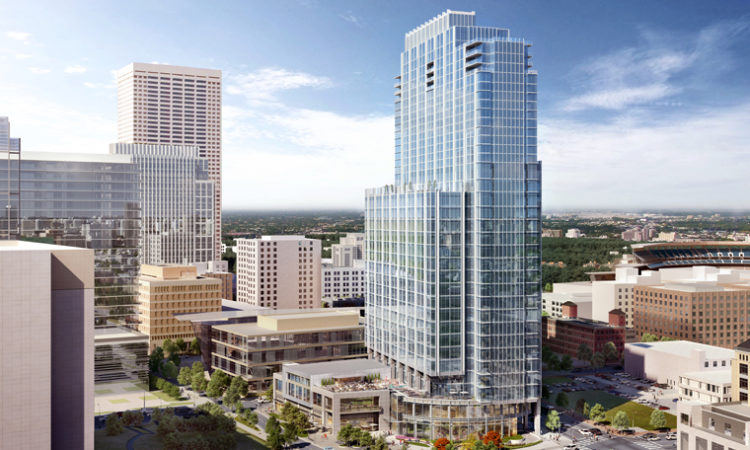 Will a Five-Star Hotel Finally Land in the Twin Cities?

United Properties inked a term sheet with Four Seasons for the Gateway tower in Minneapolis.
By Burl Gilyard
November 14, 2018

Minneapolis is one step closer to landing its first-ever five-star luxury hotel in the city. Developer United Properties has signed a term sheet with Toronto-based Four Seasons Hotels Ltd. for a 280-room hotel in its mixed-use Gateway development in downtown Minneapolis.

The Four Seasons confirmation surfaced when Minneapolis-based United Properties provided a project update on Tuesday evening to the Minneapolis City Planning Commission. The project groundbreaking is planned for spring 2019.

On Wednesday the company issued only a brief statement: “United Properties can confirm that we have a signed term sheet with the Four Seasons at the Gateway. We plan to make an announcement once the operating agreement is fully executed.”

A hotel has long been a component that United Properties wanted to include in the project, but news of the term sheet with Four Seasons is the most definitive signal to date that it’s moving forward.

Bill Katter, president and chief investment officer for United Properties Development, noted that the Gateway still needs to get through the entitlement process – final project approvals from the city.

“It’s a pioneering move to try to get this done,” said Katter on working to land a five-star hotel in the Twin Cities.

The potential deal would echo the history of the site. The site has long been known to city planners as the Nicollet Hotel Block, named for the Nicollet Hotel which operated on the site from the 1920s into the 1970s. The building was demolished in 1991. The city bought the site in 1993 and has been trying to get it redeveloped ever since.

Following a request for proposals (RFP) for the site, the city selected United Properties as the developer of the site in 2015. The developer’s original plan called for 300 apartments and a 182-room hotel, initially slated to be a Hilton. The project plans have been through several changes since then.

The Gateway project is now anchored by office space after United Properties attracted Royal Bank of Canada (RBC) to relocate its downtown office to the site. United Properties announced in April that RBC Wealth Management will lease approximately 310,000 square feet of office space in the building for its U.S. headquarters. The project also calls for additional office space and a small number of condos at the top of the tower.

Without counting the Four Seasons, statistics from Meet Minneapolis — the city’s convention and visitor’s bureau — show that there are nine other downtown hotel projects either under construction or proposed that would add about 1,500 hotel rooms to downtown if all of the developments move forward. Per Meet Minneapolis, there are currently 32 hotels with approximately 7,800 rooms in downtown Minneapolis. 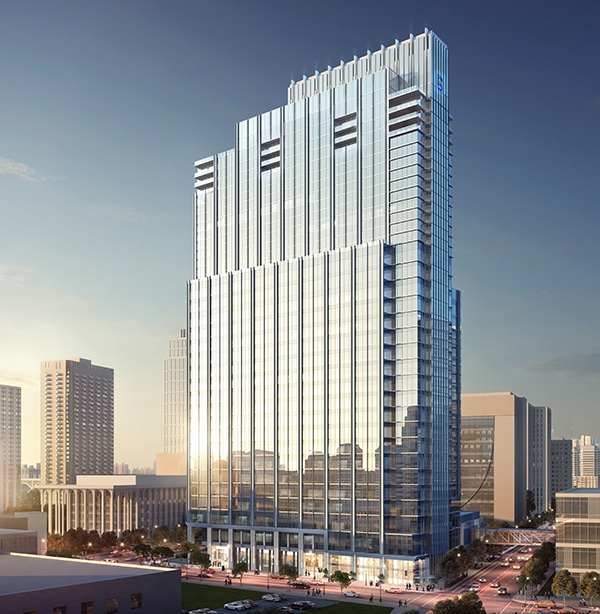