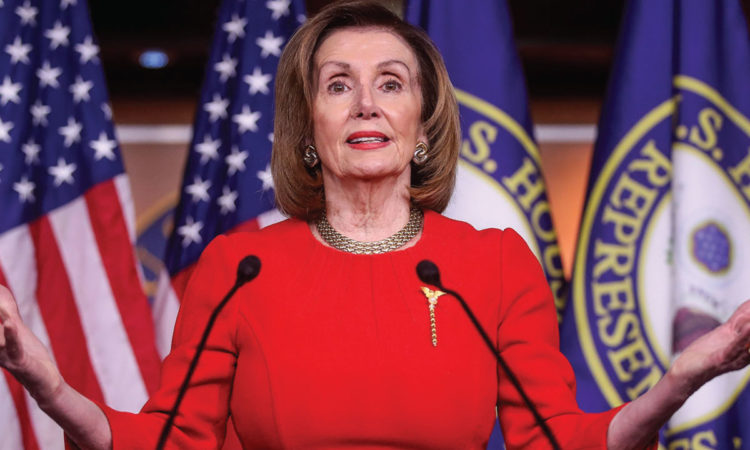 U.S. House Speaker Nancy Pelosi is at the peak of her career at 80. shutterstock.com

Why Being Old Is New Again

Is it time for employers to take a cue from the political world?
By Linda L. Holstein
February 21, 2021

U.S. House Speaker Nancy Pelosi is at the peak of her career at 80. shutterstock.com

Joseph R. Biden turned 78 years old on Nov. 20, exactly two months before being sworn in as president of the United States. Eighty-one million people of all ages voted to hire him to lead the country. He succeeded a president who is 74 years old. Biden’s most significant competitor for the Democratic nomination, Sen. Bernie Sanders, is 79. At the time of the 2020 national election, the Speaker of the House, Nancy Pelosi, was 80; her avowed nemesis, then-Senate Majority Leader Mitch McConnell, clocked in at 78.

This phenomenon of septuagenarian national leaders dominating every news cycle has not, unfortunately, trended down to the American workplace.

According to the Bureau of Labor Statistics, workers over 50 still make up at least a third of the American workplace. But “over 50” is a far cry from imagining the gal in the next cubicle contemplating the ninth decade of her life. U.S. Census Bureau statistics show that workers in their 70s only make up 15 percent of all full- and part-time employees.

Why do companies continue to resist hiring, and keeping, very mature workers? No one would credibly accuse most of the aforementioned politicians of not working “hard enough” or “lacking the stamina to do the job.”

While human resources departments have dictated that one must never mention the word, or even the concept of, “age”—a no-no in the personnel world for the last 30 years—a 60-year-old applicant is going to look just that: 60. Omitting the year of your college graduation on your resume isn’t going to fool anyone. What needs to change, according to AARP, is a wholesale revision of how older people are portrayed in advertising.

They are routinely pictured as needing help, smiling gratefully at the latest medical miracle available in their sunset years, and obsessing over their grandchildren. What they are almost never doing in an ad is working.

Why do companies continue to resist hiring, and keeping, very mature workers?

In September 2019, AARP collaborated with Getty Images to revamp the 50-plus age stereotype.  Especially troubling to ad researchers was not only the absence of clearly older people in any kind of work environment, but the mere 5 percent of ads that actually show older generations using technology. Yet according to the Pew Research Center, 69 percent of individuals 55 to 73 years old own a smartphone. While pandemic-related marketing campaigns featured poignant shots of quarantined oldsters FaceTiming with their grandchildren, there was nary a shot of a 75-year-old in an office Zoom call. One exception was Joe Biden, and he had an awfully big screen to display the video call that was facilitated by someone else.

The old people currently running Washington would probably say they earned their respect. Most, but not all, would point to decades of ascending the seniority system, of mastering the increasingly brutal media spotlight, of simply learning how to negotiate. These hard-won skills are not unique to the political class.

Nonetheless, mandatory retirement rules still abound in corporate America, as well as in most state governments, including the judiciary. Minnesota, like many states, forces judges to retire at 70. Forty-six state and appeals court judges in New York recently terminated because of drastic court administrative cuts all happened to be age 70 or older. Court rules normally allowed New York judges to apply for two-year extensions to their tenure until they reached age 76.

In 2020, however, the 70-and-older judges got the boot, despite their cumulative decades of experience and desire to keep serving. Nine of the terminated judges sued, claiming age discrimination. As noted in the jurists’ complaint, “this mandatory retirement age [70] may have made sense when it was adopted in 1869 and an individual’s life expectancy was approximately 40 years.” The average life expectancy in the U.S. is now 79.

One of the litigants, a 70-year-old from Rochester, New York, gave the New York Times a copy of the email he sent to the chief judge who made the decision. The Rochester judge, noting how hard he and his colleagues had worked during the pandemic, begged his boss for mercy, saying, “when things were at their worst this past spring, we were there for you. We were pushed and prodded and heavily leaned on to clear out pending matters and keep things above water. Now where are you for us?”

Federal judges are appointed for life, thereby avoiding the inconvenience of facing re-election or the grief of forced retirement. But the individuals sitting on state court benches around the country, who are the jurists most Americans are likely to interact with when they “go to court,” are vulnerable by law. Perhaps they can take encouragement from the 70-plus-year-old politicians Americans continue to vote into public office and choose as their leaders. The notion of a “go-getter” in the workplace might be joined, we can only hope, by the desire to hire and retain someone “wise.”