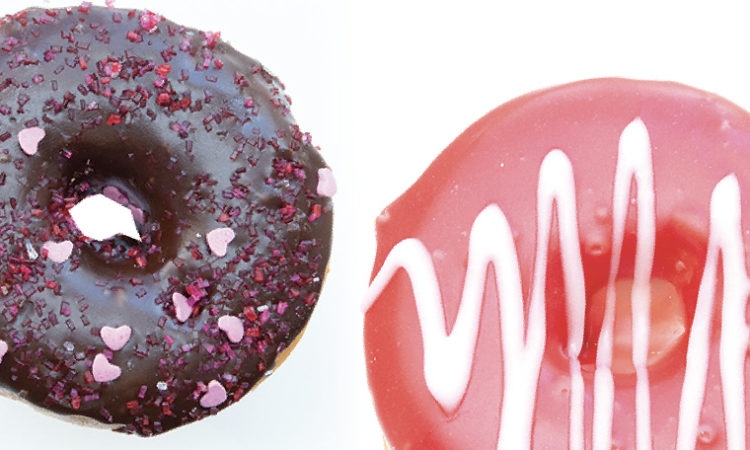 More than a decade ago, the donut chain announced a plan to open 100 shops across Minnesota.
By Burl Gilyard
March 14, 2019

Way back in 2008, Dunkin’ Donuts announced aggressive plans for 100 Minnesota locations, largely in the Twin Cities metro area. Nothing materialized. In 2014, the company announced revised battle plans for about 50 locations in the state. In the fall of 2015, Dunkin’ hailed franchisee agreements that would add 24 metro locations. But as the calendar turned to 2019, there were apparently just 11 Dunkin’ stores in Minnesota—eight in the metro and three outstate.

Why has the rollout taken so long? One reason is the company’s very precise requirements for its real estate.

“The main factor that has contributed to the pace of store openings in the Twin Cities metro market has been a lack of qualified product that fits the needs of Dunkin’ Donuts, specifically right-sized, end cap sites with drive-through zoning,” says Molly Townsend, senior associate with Colliers International/Minneapolis–St. Paul. Townsend is part of the brokerage team representing Dunkin’ in the Twin Cities. 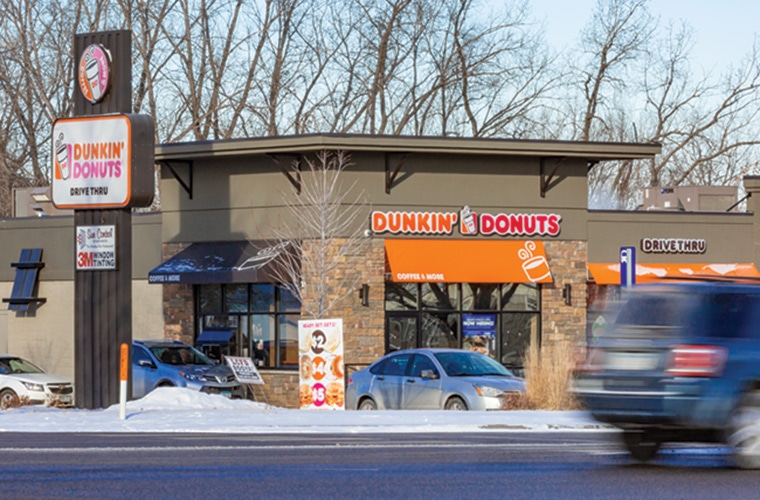 Dunkin’s metro locations include New Hope, Roseville, Maple Grove, and Andover. Most open at 5 a.m. and offer drive-through service. There’s also a location at the airport and outposts in Duluth, Mankato, and Rochester.

Canton, Mass.–based Dunkin’ Brands Group Inc. doesn’t operate any of its stores, which are 100 percent franchised. Dunkin’ has more than 9,000 U.S. locations and more than 12,000 across the globe. In January, the company streamlined its brand as simply Dunkin’âsans Donuts. (Dunkin’ Brands also franchises the Baskin-Robbins ice cream stores.)

A statement from Dunkin Brands to TCB did not shed any light on its Minnesota strategy.

Townsend says that Dunkin’, which generates a substantial portion of sales in hot coffee, is in the process of opening more locations. Meanwhile Canadian coffee and doughnuts giant Tim Hortons has also been expanding locally.

While its stores are small, a new Dunkin’ Donuts can offer a shot in the arm to some corners. A Dunkin’ opened in Richfield at the end of November, replacing the razed CarHop used-car dealership.

“It definitely brings new energy to the corner,” says Matt Brillhart, associate planner with the city of Richfield.