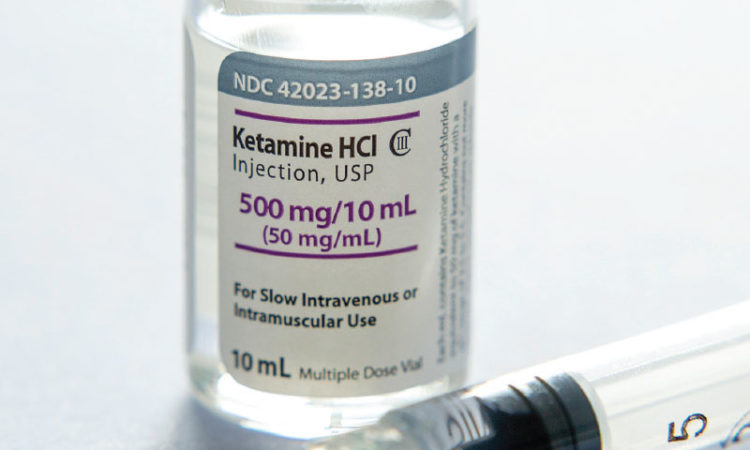 What’s the Future of Ketamine Clinics?

Once dismissed as a party drug, ketamine may be the next big thing in mental health care — if clinics can figure out how to keep the lights on.
By Dan Niepow
September 04, 2020

Christy Hatcher says ketamine saved her son’s life. After suffering from treatment-resistant depression and experiencing suicidal thoughts for years, he tried out clinical doses of the drug, which caused his suicidal ideations to disperse quickly.

Impressed with the drug’s efficacy, in 2018, Hatcher and business partner Paul Colligan launched the Minnesota Ketamine and Wellness Institute in Maple Grove to provide ketamine infusions for mental health treatment. The clinic is now one of a handful of therapeutic providers across the Twin Cities.

Proponents say low doses of the drug can help people suffering from anxiety, depression, post-traumatic stress, and other psychological disorders. Though there have been a few promising studies, the science community isn’t totally on board yet, and neither is the FDA. (The agency has approved a ketamine nasal spray for treatment-resistant depression, but not IV infusions.) That makes the business prospects a little tricky. (Ketamine infusion clinics have patients sign consent forms, acknowledging off-label use, risks, and benefits.)

“I’ve contacted every insurance company and I’ve gotten no response.”

Like many other providers, Hatcher’s clinic operates as a for-profit business. But the clinic doesn’t yet pull in enough revenue for it to be a full-time job, so she still works as a nurse anesthetist.

Part of the problem stems from the fact that health insurance companies don’t cover ketamine infusions for mental health, meaning patients pay out of pocket. Infusions can cost as much as $500 a pop.

Dr. Gregory Simelgor, one of the earliest providers of therapeutic ketamine in Minnesota, says he’s been attempting to work with health insurers for years, to no avail. In his view, the demand is there. Simelgor’s clinic, the Minnesota Ketamine Clinic, has been operating in Woodbury for about two years. He expanded to Fargo last November. Like Hatcher, Simelgor continues to work a full-time job outside the clinic.

Tools for Digital and Hybrid Events
Is Pandemic Insurance the Answer?
Acquiring Entrepreneurship
Is There a Way to get Bottineau LRT Back On Track?

“I’ve contacted pretty much every insurance company that covers people in Minnesota or Wisconsin, and I’ve gotten absolutely no response,” Simelgor says. “If there was any coverage, we would see a huge influx of people who really need this treatment.”

This story appears in the Aug./Sept. 2020 issue with the title “The Ketamine Clinic Next Door?”