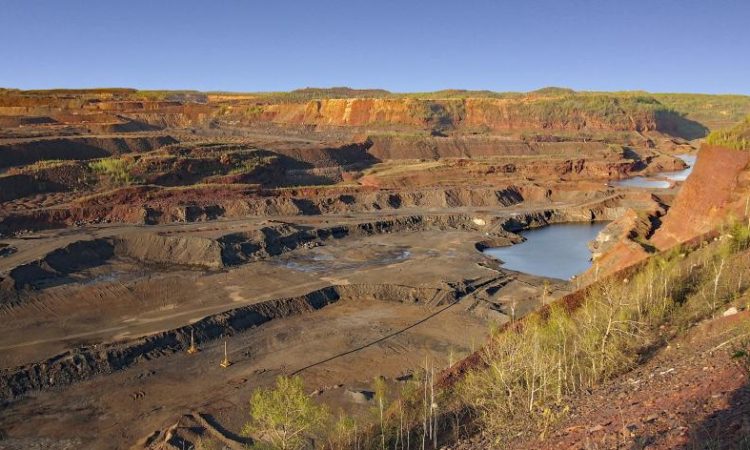 Both supporters and opponents of two potential copper-nickel mines have used the war in Ukraine to underscore their stances on the projects.
By Walker Orenstein
March 15, 2022

Companies and governments around the world have pulled out of Russia after the country invaded Ukraine last month, and the war has even sparked lawmakers in Minnesota to consider divesting state pension funds from companies tied to Russia in the midst of the humanitarian crisis.

Both supporters and opponents of two potential copper-nickel mines have used the war in Ukraine to underscore their stances on the projects. Friends of the Boundary Waters Wilderness, an advocacy group opposing Toronto-based PolyMet Mining’s project near Hoyt Lakes, says Russia’s attacks are just one more reason the mine should be stopped. That’s because, in part, PolyMet’s majority owner has business ties with Russia.

At the same time, mining supporters — including Rep. Spencer Igo, R-Grand Rapids, and other Minnesota House Republicans — have said the federal government should support the Twin Metals Minnesota mine near Ely and the Boundary Waters Canoe Area Wilderness to reduce the country’s reliance on Russian-made metals.

Glencore, the giant Switzerland-based commodities trader, owns nearly three quarters of the shares of PolyMet, which is developing an open-pit mine for copper, nickel, cobalt and other metals. The project is on hold due to legal challenges that led to courts requiring more environmental review of the mine plan. But Gov. Tim Walz’s administration has generally supported the mine.

Opponents of the project have long argued the mine will cause environmental damage, primarily to waterways, because of the toxic byproducts of mining for copper, nickel and other similar metals. That type of mining carries risks of heavy metal water pollution that traditional iron ore mining does not. PolyMet contends it can meet state environmental standards with strict water treatment and other mining practices.

PolyMet says the project will bring 360 direct jobs and other economic benefits to the region, and it’s one of several companies hoping to build copper-nickel mines in northeast Minnesota.

Yet PolyMet opponents have also criticized Glencore, saying it is not the type of company that should do business in Minnesota. Glencore was founded in 1974 by Marc Rich, who was once indicted on counts of tax evasion, racketeering and fraud and famously did business with apartheid South Africa and Iran during the hostage crisis before being pardoned by then-President Bill Clinton in 2001.

In more recent years, Glencore has faced investigations from the U.K. and the U.S. focusing on bribery, corruption and money laundering. Minnesota House Rep. Kelly Morrison, DFL-Deephaven, and Sen. Jen McEwen, DFL-Duluth, have introduced a bill that aims to block what they consider to be “bad actor” non-iron mining companies from operating in Minnesota. The legislators have said they’re targeting Glencore with the bill. (If built, PolyMet would be a small part of Glencore’s sprawling business portfolio.)

That “bad actor” bill is unlikely to become law in Minnesota’s politically divided Legislature. It also doesn’t relate to any of Glencore’s actions in Russia that advocacy groups are criticizing. But the company does have ties to Russia via oil and aluminum. In 2017, Russian President Vladimir Putin awarded a state medal to then-Glencore CEO Ivan Glasenberg after the company and the Qatar Investment Authority, that country’s sovereign wealth fund, bought a large stake in the Russian oil giant Rosneft. At the time, Reuters said it was the “biggest privatization deal in Russia since the 1990s.”

But Glencore later that year sold most of its stake in Rosneft, though it kept a deal to sell oil to global markets over a five-year period. In February, Glencore also sold its stake in the Russian oil company Russneft.

Bloomberg reported that Glencore owns a 10.55 percent stake in En+ Group International PJSC, which is the controlling shareholder of a large Russian aluminum company. Glencore also still has a stake of less than 1 percent in Rosneft. Bloomberg said the two investments together were worth about $1.27 billion at the end of 2021.

Glasenberg stepped down from the company in 2021, and the new CEO is Gary Nagle. In a March 1 written statement, Glencore said the company has “no operational footprint in Russia and our trading exposure is not material for Glencore.”

The company said it’s reviewing its business activities in the country, including equity stakes in En+ and Rosneft. “Glencore condemns the actions taken by the Russian government against the people of Ukraine,” the statement says. “The human impact of this conflict is devastating. Glencore is looking to see how we can best support humanitarian efforts for the people of Ukraine.”

On Monday, Nagle sent an internal memo to staff announcing Glencore will donate $7.5 million for humanitarian work tied to Ukraine. Nagle wrote the company continues “to closely monitor with shock and concern the ongoing crisis and the impact it is having.”

In a press conference last week, standing in front of a picture of Putin and Glasenberg shaking hands, Chris Knopf, executive director of the Friends of the Boundary Waters Wilderness, said “Today Glencore is still doing business with Putin even in the midst of this war with Ukraine.”

“So this is the type of corporation that we do not want here in Minnesota operating a copper sulfide mine,” Knopf said.

A reason to mine?

In the Minnesota House, however, Republican lawmakers see the Russian invasion of Ukraine as a reason to mine in Minnesota. A letter signed by 15 legislators led by Igo, the Republican from Grand Rapids, called on President Joe Biden to increase American oil production, approve the Keystone XL pipeline he canceled and start promoting more metal mining in Minnesota.

Specifically, the group called for the Biden administration to reconsider its decision to cancel two mineral leases owned by Twin Metals Minnesota, which wants to build an underground mine near Ely. That mine has been controversial because it’s just a few miles outside of the BWCA and sits next to Birch Lake in a watershed that flows into the protected wilderness.

Barack Obama did not renew the mineral leases for the project in 2016, but Donald Trump revived them. Biden again rejected them and has taken steps toward imposing a 20-year moratorium on copper-nickel mining in the Rainy River watershed.

There has been fierce debate over the potential safety of the Twin Metals mine, which would produce copper, nickel and other metals. The legality of canceling and continuing the mineral leases has also been contested.

But Igo and GOP lawmakers point to recent geopolitics as a good reason to mine in Minnesota for resources needed for modern technology, like cellphones, solar panels and electric car batteries. “With Russia on the move and China’s threats to Taiwan growing stronger, it is critical that we source important metals and minerals needed for the economy of the future right here in Minnesota,” the letter says.

Some federal lawmakers have also called for Biden to increase domestic extraction of metals like cobalt and nickel.

Russia was the world’s third-largest producer of nickel in 2021, according to the U.S. Geological Survey. Nickel is used to create stainless steel and is also in many EV batteries, so much so that Tesla struck a deal in Minnesota with Talon Metals Corp. for some of its nickel should the company get state authorization to build an underground mine in Aitkin County. (Though Tesla has also recently shied away from nickel in batteries for some cars because of its scarcity.)

PolyMet Mining declined to comment for this story, but a spokesman forwarded MinnPost a story detailing how the London Metal Exchange halted trading for nickel on Tuesday when prices hit a record high following Western sanctions on Russia. Reuters reported the shutdown “underscores the market panic created by Russia’s invasion of Ukraine with buyers scrambling for the metal crucial for making stainless steel and electric vehicle batteries.”

Russia is also the world’s second-largest producer of cobalt, another EV battery material, though the Democratic Republic of Congo produces the vast majority of the metal. (Glencore has cobalt mines in that country.)

“Minnesota has abundant deposits of copper, nickel, and other precious metals that are needed for the production of technology like cellphones, batteries, and computer microchips,” says the House GOP letter. “As with oil, it would be foolish to rely on hostile nations for these materials when we have the capability to produce them right here in America.”